You are at:Home»News & Current Affairs»Opinion»Nationalism, Reconciliation and Apologies
Social share:

The on-going revelations of the official investigation into state collusion at the Smithwick Tribunal in the Irish Republic precipitated calls for apologies for past crimes. Once again, these calls were met with other voices who spoke of an apparently deeper need to facilitate some kind of societal reconciliation.

During a meeting of the families and representatives of 10 Protestant workers who were murdered at Kingsmills by the IRA, Taoiseach Enda Kenny was forced to take what would be regarded as a highly unusual step in most other western European democracies: namely, the denial that previous administrations have any responsibility or can be held accountable for terrorist operations and massacres in another state. 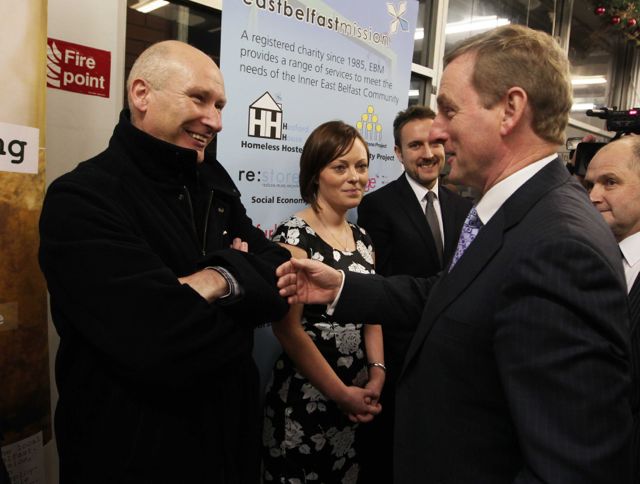 Nationalist Ireland overcame its deep fissures to speak almost with one voice in response to the perceived temerity of the DUP’s Gregory Campbell demanding an apology from the Irish government. In a particularly myopic intervention the former Irish official Michael Lillis placed the onus on unionists to apologise – ‘for the wholescale oppression of the Catholic minority during more than 60 years’. Campbell had ‘a point’ admitted Lillis, but seemingly, the only thing the Irish state should apologise for was the ‘shameful’ neglect of Northern Catholics during the period of unionist governance from 1922 to 1972. In so doing Lillis conveniently sidestepped the central element of Campbell’s critique, namely, that nationalists had no interest in participating in Northern Ireland but only wanted to bring it down – with the rhetorical support of successive Dublin administrations.

While discrimination existed, the misuse of words such as oppression adds little to political debate except to devalue not only language but the very real experience of oppression across the world. The kind of wilful blindness and provocative egoism contained in Lillis’ intervention reveals something of the persistence of what has perhaps somewhat pejoratively been called the MOPE (Most Oppressed People Ever) syndrome within Irish nationalism and implicitly condoning the IRA’s interpretation of Northern Ireland.

Kenny, for his part, reflected a similar tendency: ‘I assured [the victims’ families]’ he said, ‘that there is no hierarchy of victims, and that their concerns are every bit as important to me as the concerns of other victims and their families’.

There is no discernible difference between the statements of Lillis and Kenny and the line that Sinn Féin has been pursuing for the best part of a decade. This line has been expounded in platitudinous circumlocutions by Sinn Féin’s Declan Kearney for the past year – perhaps most (in)effectively outlined on Hearts and Minds during the summer: ‘…if we can begin a process of acknowledging each other’s humanity and recognising that we should not become prisoners to our past, that we shouldn’t let the future be slowed down by the legacy of the past, then what we need to do is to open up new possibilities … there are risks, but the new possibilities outweigh the risks’. If we take Kearney at face value then logically there remains no position to for example condemn 50 years of Unionist misrule or even 800 years of British imperial oppression.

What the congruence between Kearney, Kenny and Lillis does reveal is the deferral of serious consideration by a broad section of nationalism of one of unionism’s core grievances: namely, that there is a hierarchy of victims, and that that hierarchy is based on the historical fact that the IRA pursued a war of attrition against the British state by primarily targeting Northern Protestants and Catholics.

That Enda Kenny espouses the idea that there is no hierarchy of victims is thus explicable if we take on board the residual pull of certain inward-looking tendencies within nationalism on policy articulation. It is, however, also reflective of a dominant way of speaking about the continued evolution of the peace settlement in Northern Ireland.

Kate Turner, the director of the non-governmental organisation, Healing Through Remembering, for example, has spoken on this website about the need to promote grassroots dialogue about the past. Turner tells us that ‘so much is achievable when everyone is heard and involved in deciding what is possible’.

This brand of relativism echoes Kenny’s endorsement of Sinn Féin’s strategy. According to Turner, for example, one of the ‘rules’ of her exhibition is that ‘Each item has a label written by the organisation or person who owns the item. No label can be vetoed by any other collector’.

The idea that reconciliation can come through shared experiences is a peculiar and somewhat postmodern notion. After all, reconciliation has traditionally seen to follow some kind of admission of culpability – an admission of wrongdoing that leaves it within the gift of the victim to forgive, which as the French philosopher Paul Ricoeur argued, releases the perpetrator from their actions by stating that they are better than their actions.

Now, when those actions are not acknowledged, there exists a problem. As Brian Rowan has pointed out, again on this forum, if we are to have any kind of sensible society, it is imperative upon our political leaders not to abdicate responsibility. Of course at one level the Sinn Féin rhetoric of being ‘all in it together’ is a truism. The thrust of an alternative vision within nationalism that some kind of social responsibility needs to be adhered to has been articulated by Conall McDevitt, who stated that ‘We are simply not all to blame, but we must all play a part on the process of reconciliation. If nationalism is to follow through on the idea of social responsibility and embark on a determined effort to reappraise its relationship to the past these ideas need exploring and the vacant and baneful rhetoric of Kenny, Kearney and Lillis. 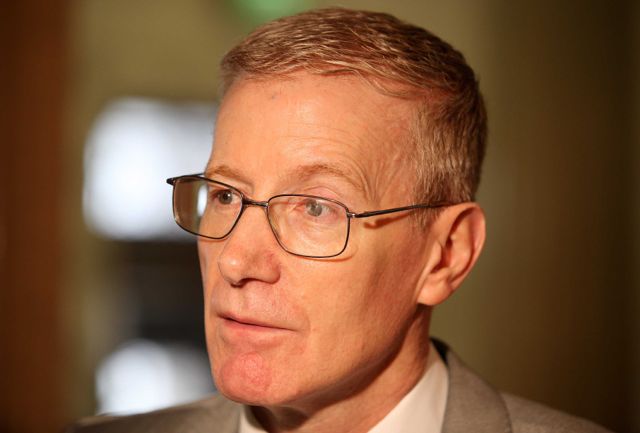 The Politics of Apologies

The residual appeal of apologies from where they emerge, from whom they are demanded and the audience to which they are directed speaks to the essence of the debates over ‘dealing with the past’ in Northern Irish society. Unravelling the key stakeholders and seeking reason as to why they should apologise requires historical investigation. Where apologies trickle and ‘sorry’ enters common parlance the risk is that these words are devalued. (One notable recent apology that resonated deeply within Ireland and the United Kingdom was David Cameron’s apology for the Bloody Sunday murders.) But how can truth be sought when hierarchies of accountability, deniability and accountability shape the language of apologies within the fragmented loyalist, republican and state actors?

It should also be recognised that as a way of breaking that deadlock, the idea of an amnesty is not only morally reprehensible but, politically can be seen as a dead-end. The argument that amnesties can facilitate an overarching truth recovery process is facile and ignores the fact that amnesties have, in effect, been handed out under the paramilitary prisoner early release scheme. While the amnesty argument is made on idealistic/pragmatic grounds it falls on its own logic at the first hurdle: why would any individual or group want to incriminate themselves?

For those, who have not faced cross-examination, trial or been part of a process to seek truth, amnesties may have an enduring appeal. How many have something to confess? Does guilt prevail? Individualising truth recovery on a case by case basis may well uncover decisions and actions of the past but threatens to depoliticise victims and diminish societal reconciliation.

The acknowledgement of that hurt and of the distinction between perpetrator and victim is being lost in the relativistic aspic that is being produced by the rhetoric of sections of Irish nationalism and Northern Irish civic society and academia. This present debate on apologies, amnesties and reconciliation allows us to consider whether we want to continue to live in an ethnicised society that is structured around an ethical pragmatism that serves to silence our recent bloody past; or whether we want to move towards a consolidated democracy and an ethical approach that ensures that the sufferings and hurts of the past are acknowledged.

Two immediate blockages must be overcome before any kind of apology or reconciliation or truth process can make any sense in societal terms. Firstly, the idea that the past cannot be judged by the standards of the present allows both republican and loyalist ex-paramilitaries to peddle the self-pitying, self-exculpatory line that ‘if you had been there you would have done the same thing’. This is the same reasoning used by Nazi mass murderers and is the same reasoning that was dismissed by the respected historian of Nazi crimes, Richard J. Evans: ‘A murderer is a murderer, however persuasive the mitigating circumstances of the fact’. Placing the law and murder on the same moral plane does not just result in moral confusion, in practice it results in the state being responsible for crimes while anti-state forces are not.

The second blockage relates to the all-encompassing logic of the peace process as it is articulated by groups such as Healing Through Remembering: if everyone is included there is no room for dissent. Wishing to maintain a distinction, for example, between perpetrators and victims, finds no place within the insipid idea that there needs to be a right to equality of voice. Within this reasoning, inclusivity easily gives way to relativism.

Unless both kinds of self-serving ideas are effectively tackled the idea of societal responsibility, let alone the prospect of ‘dealing with the past’ remains no more than wishful thinking.

The above article was co-authored with Cillian McGrattan. Cillian lectures in Politics at Swansea University. He received his PhD from the University of Ulster. His books include Memory, Politics and Identity: Haunted by History (Palgrave Macmillan, 2012);Everyday Life after the Irish Conflict: The Impact of Devolution and North-South Cooperation(Manchester University Press, 2012) (co-edited with Elizabeth Meehan); Northern Ireland, 1968-2008: The Politics of Entrenchment (Palgrave Macmillan 2012); and The Northern Ireland Conflict (Oneworld, 2010) (with Aaron Edwards).

Playing politics with the past