The MP Jeffrey Donaldson is right when he says: “These kinds of debates couldn’t have taken place 10 years ago – maybe even five years ago.”

He was thinking ahead to next month, and to an event being staged by the UDA-linked Ulster Political Research Group; and a Memorial Debate that carries the name of one-time loyalist leader John McMichael. 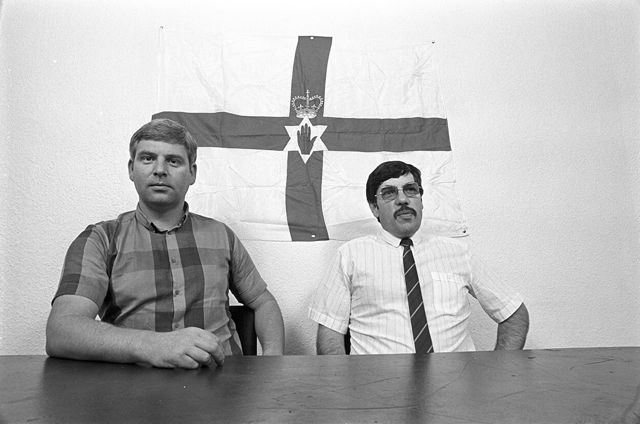 He was killed by an IRA booby-trap bomb 25 years ago, and the debate panel will include Sean Murray, once a leader in the IRA’s war, and Danny Morrison, who in the 1980s was Sinn Fein’s publicity director.

Their presence is what is different; an indication of what has changed and is changing – words replacing bullets.

The republicans will join Donaldson on a panel that will also include the UUP leader Mike Nesbitt, SDLP MLA Conall McDevitt and Paul Clissold of the organising UPRG committee.

They are billing the debate as part of a series of commemorative events to celebrate the memory of the senior loyalist.

As well as being a paramilitary leader, McMichael was identified with the political strategy document Common Sense that dates back to the 1980s.

Parts of that document might make sense now, but not at the time; not when violence was dominating the headlines, and the UDA and McMichael were part of it.

The organisers of next month’s debate point to how that 1980s strategy paper “spelled out an alternative system of government which would encompass power sharing between both communities”.

“At the time of publication the document was rejected by mainstream unionism,” they said.

“Yet ironically today it’s very similar to the system of government in place.”

There is, of course, a missing context. At the time of the document’s publication, Sinn Fein was not the political force it is now, and the UDA was more identified with guns and bullets than political strategies. 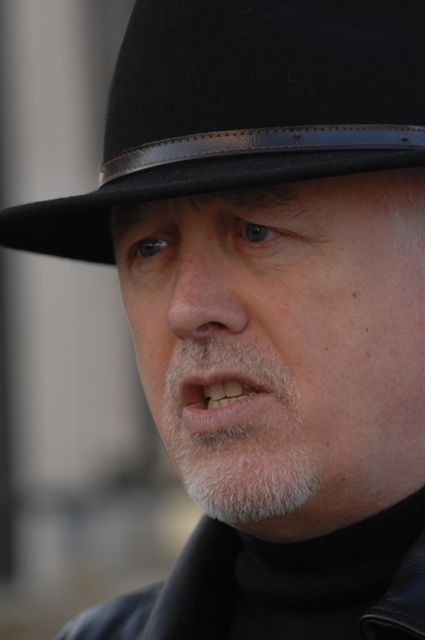 “It couldn’t have been treated seriously because of what the loyalists were doing at that time,” Danny Morrison told eamonnmallie.com.

Similarly Sinn Fein documents such as Scenario For Peace that date back into the same period were ignored; not believed and not heard above the IRA’s gunfire.

There was, however, something that John McMichael wrote in the introduction of the Common Sense document that reads into today’s debate on the past.

“There is no section of this divided Ulster community which is totally innocent or indeed totally guilty; totally right or totally wrong.

“We all share the responsibility for creating the situation, either by deed or by acquiescence,” he continued.

That past is certain to be part of next month’s debate which has been given the title: Reflections.

“With guests from each of the main political parties present at a top table… to respond to questions and give their opinions, not just on the past, but on topical issues which concern the broader Protestant/unionist/loyalist community.”

So, it is not just about the past, but on that issue Mr Donaldson warned:

“John McMichael talked about Common Sense, and I think the debate on the past requires an injection of common sense.

“From our perspective there are a number of red lines in this process and we need to talk to people about that and about obtaining a more realistic approach,” he told eamonnmallie.com

“It is essential that the voice of the victims is also heard in all of this,” he continued.

“The debate [on the past]has to be fully inclusive, including those who have suffered the most,” he said.

Jackie McDonald who succeeded McMichael as a ‘brigadier’ on the UDA inner council will be part of the audience, and Andy Tyrie – the organisation’s so-called ‘supreme commander’ in the 1980s is being invited.

“It is hoped that the audience will be representative of a broad section of the community and various groups and bodies will have members there,” organisers said.

“This would include community workers, loyal order members, representatives from the marching band fraternity, politicians, police officers and representatives of the various statutory bodies operating within the greater Lisburn area.”

So, the date for the diary is October 25 – the debate part of a series of events to mark the 25th anniversary of McMichael’s death.

His son Gary went on to lead the Ulster Democratic Party (UDP) and was part of the ceasefire announcement in 1994 and the negotiations leading to the Good Friday Agreement.

Loyalists then marched that political party off the stage and in doing so damaged, indeed some might argue destroyed, their own political project.

This too may well be part of the debate and the discussion and the reflections in a few weeks’ time.