Generally speaking Arlene Foster is a sensible woman whom I consider to be well intentioned and secure enough to stand her ground and argue the toss with correspondents.

If she wants to demand an apology from today’s Irish government over the birth of the IRA all those years ago that is her business and judgement.

The Irish government can answer for itself. 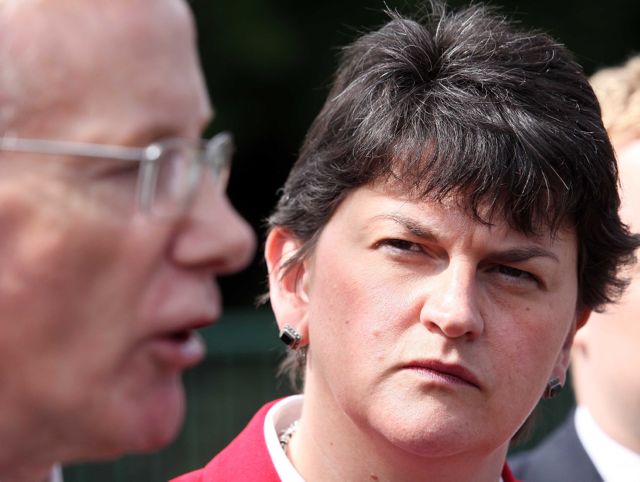 No one can take away from Minster Foster’s personal experience when the IRA came to kill her father. Fortunately he survived.

That said, she should be careful not to incriminate the whole of the catholic nationalist community in border areas with use of language such as “ethnic cleansing.”

Speaking in the Northern Ireland Assembly ahead of a Dublin government meeting in October Minister Foster said:

“… Part of any such apology must refer to and acknowledge the ethnic cleansing by the Provisional IRA that took place along the border, and particularly along the Fermanagh border.

Although I do not expect the Irish Prime Minister to apologise for the Provos, we will ask that the Irish Government acknowledge their acts of commission in relation to collusion and their acts of omission in not seeking to secure the border of the Republic of Ireland.”

For the record this is the genesis of the term ‘ethnic cleansing:’ “A euphemism for the ruthless removal or killing of an ethnic or religious group from areas that have been taken over by opposing forces.”

Although this process has been with us since antiquity, the term didn’t enter the English language until the Balkan wars of the 1990s.

The earliest citation of a phrase like it appears in the New York Times in July 1982: “The nationalists have a two-point platform, according to Becir Hoti, an executive secretary of the Communist Party of Kosovo, first to establish what they call an ethnically clean Albanian republic and then the merger with Albania to form a greater Albania.”

The precise phrase appears for the first time in the Washington Post, August 1991: “The Croatian political and military leadership issued a statement Wednesday declaring that Serbia’s ‘aim is obviously the ethnic cleansing of the critical areas that are to be annexed to Serbia.”

‘Ethnic cleansing’ ended up part of the Unionist lexicon ever since then. Ulster Unionist Party leader Jim Molyneaux was reported as saying of the IRA ceasefire of August 31 1994: “a prolonged IRA ceasefire could be the most destabilising thing to happen to unionism since partition.”

That sort of careless dangerous unionist logic sits side by side with talk of ‘ethnic cleansing’ in border areas.

‘Ethnic cleansing’ is a sweeping, emotive and reckless expression which condemns and belittles members of both the Protestant and Catholic community who live and lived cheek by jowl along the border. 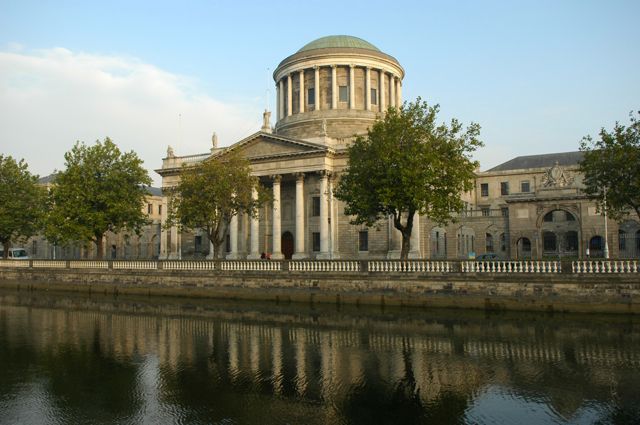 Let us be honest – if a member of the security services happened to live along the border – yes the IRA killed their fellow Irish/British neighbours regularly.

Constitutionalists did not and do not accept the taking of human life.

Throughout the bulk of the Troubles era, the SDLP’s Seamus Mallon represented the people of Newry and Armagh. The majority of the boxes opened in Crossmaglen favoured Mallon.

In blanketing those areas as districts of ‘ethnic cleanising’ – Minister Foster, and she should be mindful that she is a minister charged with representing the entire community, is dismissing a century and more of family relationships involving Protestants and Catholics in border areas.

We, in south Armagh, travelled to school on the bus together and played soccer together at the local Tech in Bessbrook.

We worked ‘through each other’ on the farm, exchanged trucks, lorries, employed each other, prayed together in homes, céilíed in each others homes, shared victories and losses, mourned and grieved together.

Some of our fathers even joined the Orangemen for a drink in the pubs in Newtownhamilton on the Twelfth of July.

Is Arlene asking us to believe that our great Protestant neighbours – who were in and out of our homes, for whom the local store stocked the News Letter every day and who worked in our homes – slept nightly with a gun under the pillow?

In light of this narrative is it not reasonable to ask Minister Foster to be careful with her use of language?

Like my parents before me, I will finally sleep among our Protestant neighbours in Creggan graveyard in South Armagh.

You can read the full text of yesterday’s Assembly session entitled: Republic of Ireland Government: Apology by clicking on the following link below (via The Official Report of the Northern Ireland Assembly):

Alternatively you can watch the full session below.

Should you wish to view Minister Foster’s comments re ‘ethnic cleansing’ please fast-forward to 1(hour):16(minutes):