You are at:Home»News & Current Affairs»Opinion»Daring to speak the hardest word
Social share: 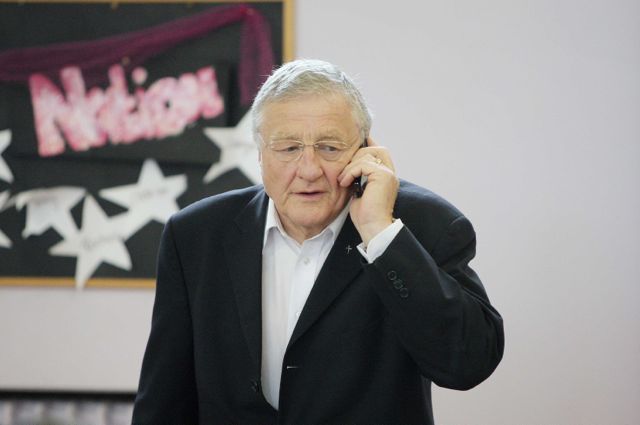 The following article is scheduled to appear in the ‘Comment’ section of the October edition of the Methodist News Letter:

In the early summer much media attention was drawn to statements from the leadership of Sinn Fein, within which they addressed their own people about the need for an “authentic” reconciliation with those who do not share their political views.  As well as the inevitable sceptics, there were those of us who responded with an invitation to a conversation.  A response which has since been encouraged by formal resolutions passed at both the Annual Methodist Conference and the Presbyterian General Assembly.  This conversation continues.

Within their statements,  SF have also spoken of the need for all of us to find ways of saying “sorry” to one another for the suffering of these years.  While this is but one of the complex issues to be addressed, it may well be the most difficult.  Do we apologise for actions supposedly carried out in our name to which we gave no consent ?   As “sorry” should not be separated from “truth”, will “sorry” ever be enough for those whose pain has not gone away ?  And are we prepared to be as honest about the causes of conflict as we are about the consequences ?  From personal experience, we know that some form of mutual acceptance of responsibility is fundamental to the healing of any fractured relationship. To accept one’s own responsibility is to challenge the other about theirs.

Following recent conversations with native Americans in Nebraska and South Dakota about what they call “The Great Hurt”, I am even more convinced of the impact of public apologies  and the potential for healing in the acceptance of collective responsibility by institutions as well as individuals.   Amongst seventy three ‘googled’ stories of public apology, there is the record of  very public apologies from both the  Protestant and Catholic churches of Canada for the exploitation and abuse of aboriginal children entrusted to their care.  From the Methodist Church of the USA there is abject apology for it’s silence following the 1864 “Sand Creek Massacre” of native Americans in Oklahoma, including women and children, which was led by a prominent Methodist !  More recently, in an emotionally charged gathering of the now elderly “lost generation” of children who had been exported from these islands sixty and more years ago, Kenneth Rudd, then Prime Minister of Australia, offered an unqualified apology on behalf of his nation.

Public apologies, do not come easily !  It was the 40th Anniversary of Bloody Friday when Irish Republicans apologised for the atrocities of that day.  It was thirty eight years after the event when David Cameron apologised for the “unjustifiable” actions of British troops on Bloody Sunday.  Significantly, the same word used by Declan Kearney in his reference to the Shankill Road bombing.   Even as I write, I am hearing on radio the first ever apology from the manufacturers of Thalidomide, responsible for thousands of congenital birth defects in the 1960’s.  In his public statement, the CEO of the company said,

“We ask for forgiveness that for nearly fifty years we didn’t find a way of reaching out to you from human being to human being.”

Do we, or our successors, really want to leave it that long before we take the first step ?

Ultimately, this challenge is for every sector of our society, not least our political leaders.  But given our shared understanding of the relationship between “repentance”, “regret” and “restoration” do not we from within the communities of faith have a distinctive contribution to offer to this conversation ?