Once again the big marching questions were left to someone else; not sorted or settled on the ground with time running out and the huge Covenant march just around a number of Belfast’s street corners.

We now know the traditional route along which these things travel; the familiar walk to the place of tough decisions.

A lack of local agreement means the parade of politicians, police and others to the offices of the Parades Commission in the city centre. 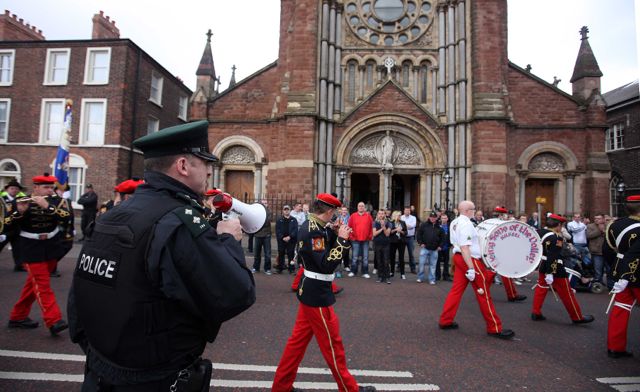 With each decision and determination another sticking plaster is applied to the parading cracks; before the next street drama, and then the one after that.

On Wednesday we did not have to wait long before hearing that tired broken record stuck on that familiar tune of blame.It is always the Commission’s fault; a charge that ignores the reality of disputes and deadlock on the ground; those places where parade and protest meet, and agreement is lost in a two-way war of words.

So, marching needs a thinking strategy that once and for all deals with this issue, not on a last minute parade-by-parade basis, but as part of an overall process that demands new approaches and agreement.

This weekend, what will the watching news eyes of the world be looking for and at?

Will they see evidence of a new beginning or the old ways?

It is too easy for those who shirk their responsibility on this marching issue to then walk the blame towards others; too easy to leave the mess behind and the tidying for someone else.

There is unfinished business in the peace process, and among the questions still to be answered is that of marching.

It asks for a big conversation within the Protestant/unionist/loyalist community; asks them to look at themselves as well as the “other side”.

You cannot point the finger at the “Sinn Fein supported” residents groups, and ignore the loyalist backgrounds of some of those within these parades. 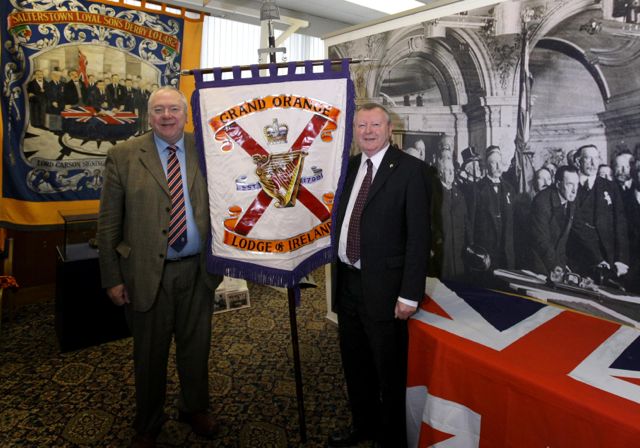 Drew Nelson, grand secretary of the Grand Lodge of Ireland and Rev Mervyn Gibson from the Orange Order

If it wanted to, the “other side” could find as many reasons not to talk.

So, this issue needs grown-up thinking and grown-up conversations; that broken record to be put in the bin and new and different tunes to be played.

At the same time there is serious work for the nationalist/republican community to undertake; a serious and determined strategy to confront the dissident threat.

We are not far away from the 20th anniversaries of the IRA and loyalist ceasefires of 1994, and we are many years travelled since the negotiations and the political agreement of 1998.

So, there is a choice to be made between that new beginning or the old ways, and if progress is to be made, then it asks for thinking outside the box; something bigger and brighter than, ‘I’m right and you’re wrong’.

In all of this, there is something to remember; agreement is not about one side deciding on the best way to proceed.

If neighbours don’t talk, can’t talk, then how much has really changed?

The pen used by Edward Carson to sign the Covenant.