You are at:Home»News & Current Affairs»Opinion»The pages of history are littered with stories like that of snubbed cyclist Wendy Houvenaghel. Is that any consolation to Wendy? No
Social share: 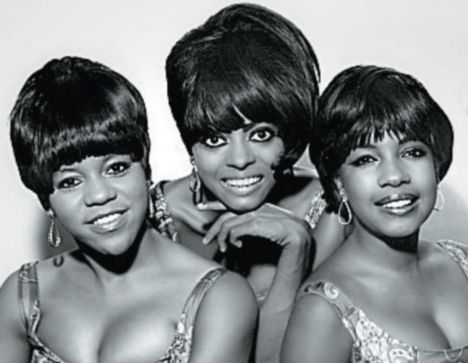 Life can be a bitch. Who among us can genuinely say life is really a bed of roses or a dream existence? If I were honest with myself can I say I have realised my full professional potential? I can definitively answer no.

Why? There is no short answer? Is this my fault? Probably yes because deep in my DNA there lurks a rebellious streak. Bosses like team players.

You might ask what is all this about? Fine. Did you ever hear of Florence Glenda Ballard? You probably didn’t.

She was an American singer who was a founding member of the Motown group The Supremes. From 1963 until 1967, Ballard sang on 16 Top 40 hit Supremes’ singles, ten of which hit number-one on the Billboard Hot 100.

Despite all this Florence Ballard died  a broken woman on February 22, 1976. Diana Ross her fellow singer ended up in the spotlight in the group which went on to become known as ‘Diana Ross and the Supremes.’

In 1967, Motown CEO Berry Gordy decided to remove Ballard from the Supremes.

Florence Ballard was effectively given the Wendy Houvenaghel treatment. She contributed immensely to making the Supremes what they were.

Diana Ross was given a preference to go for gold. Why? Does this matter?  She was prioritised. Florence Ballard didn’t emotionally recover. She was a complex girl on whom abuse was visited.

I only make the point about Florence Ballard to illustrate ‘life is a bitch.’ Did Diana Ross or Berry Gordon rally to Florence Ballard when she hit a low point just as Wendy Houvenaghel has done right now? I don’t know.

Why did none of Wendy’s fellow cyclists (according to her) who went on to win gold not put a call through to her to lament what had happened to her?

Is that Wendy’s fault? Is there a little ‘rebellious’ gene in Wendy which prompts her to say too much? Had she stepped on somebody’s toes? Bosses don’t want hassle.

Was there another hidden motive for dropping Miss Houvenaghel? Time will reveal all as it did in the case of Florence Ballard whose star waned as Diana Ross and the Supremes went on to endlessly twinkle.

Social share:
Previous ArticleThe killing ‘trophy’ – the SAS – and the battles for Truth
Next Article Could you send our Executive ministers for the ‘lend’ (vernacular) of a bag?