You are at:Home»News & Current Affairs»The killing ‘trophy’ – the SAS – and the battles for Truth
Social share: 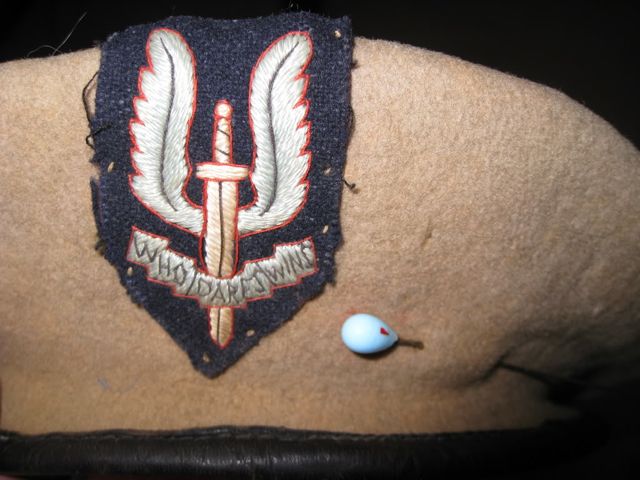 On the wall behind Roisin Ui Mhuiri there was a quote from Albert Einstein: “Peace cannot be kept by force; it can only be achieved by understanding.”

We were chatting in the offices of the project Relatives For Justice; talking about something that happened twenty years ago.

Roisin‘s voice is not often heard; not heard because her brother was in the IRA and was shot by the SAS.

In that undercover operation Barry O’Donnell was killed as were Patrick Vincent, Peter Clancy and Sean O’Farrell.

The story takes us back to February 1992 and a sequence of events in which the IRA carried out a gun attack on an RUC base in Coalisland and then travelled a short distance from that scene.

SAS soldiers were waiting for them and fired over 500 bullets; the events are detailed in a report – Ambush, Assassination and Impunity.

Many years later another part of the story is emerging; the story of a video bought at a market showing the aftermath of this undercover operation and the bodies: “I have seen it and it’s horrific,” Roisin Ui Mhuiri told me.

“It shows them [the bodies],” she continued.

“It shows them all clearly. It was just awful to watch.”

She went on to describe the video as the soldier’s “trophy” – as something that was meant to say: “That’s them dead – look what we’ve done to them.”

Roisin has a question and a fear.

What if that footage had been posted online to gloat over, to laugh at or to mock what happened?

The truth she wants, and the other families want, is a statement from the British Government admitting the men could have been arrested, the attack on the police station prevented, the IRA weapons seized before they were used.

“We believe arrest was never in the equation,” she continued.

In other words this was shoot-to-kill.

“We want them to put their hands up,” Roisin said – “…say, ‘yes we did take this action. We decided these men were far more important to us dead than alive’.”

That type of ‘truth’ statement, she said “would be my closure”.

She knows, and I put the question to her, that there will be people who will think and say her brother got what he deserved.

“They never knew peace,” she continued.

“Our grief is no less and our tears are no drier because our brothers were IRA men,” she said.

This is when all of this enters another battlefield; that place of the peacetime tug-of-war over who is and is not a victim; who is entitled to truth and answers and who is not.

In this debate, there is something we must all understand.

That until and unless those questions are answered, the wars will never be over, and the questions are not just about what happened in the years of conflict but why it happened.

Roisin Ui Mhuiri gives a context for her brother’s involvement with the IRA; an explanation which many will reject but which many others across the republican community will recognise and understand.

Ignoring questions, dismissing people, redacting information, means we are dwelling in the past – not dealing with it, and there are many who want and who desperately need answers.

Among them is Ann Travers whose sister Mary was shot dead and Magistrate father Tom wounded in an IRA attack as they left mass in 1984.

Recently Ann wrote: “I would like the senior figures in Sinn Fein and those senior figures who were also in the IRA and had influence with the IRA to be held to account…

“Just as the British Government, British Army and RUC are being called for to be held to account.”

The IRA will not give the names of those who ordered the ambush on the Travers family, and the British Government will not disclose the identity of those officers who directed that undercover operation in Tyrone in 1992.

So, we need to find out what will be revealed, what will be said, in what type of process, and that needs to happen sooner rather than later, and needs to be created with international help.

The questions are for the governments – British and Irish – and all the other parties to the conflict; questions about what and why, context and circumstances, and it is about finding a better way of doing this.

I would be amazed if the questions being asked on behalf of the families of police officers Harry Breen and Bob Buchanan ambushed and killed by the IRA are going to be answered in the Smithwick Tribunal;

Amazed because we are still trying to drag that truth or information out.

How is it freely given and shared – no matter how difficult or embarrassing?

This is both the question and the challenge; to get participation across all the sides and a process that does not, in league table or hierarchy form, elevate a few killings and questions above the many others.

No one should be barred from asking their questions – and better and best if they could all be asked within the same process and under the same rules.

Martin McGuinness and Peter Robinson could demonstrate how serious they are about all of this by calling in the international team to shape the process – a process that is about a shared future and a shared peace, about everyone and about understanding.

Social share:
Previous ArticleClaudy “an explosion too loud for your eardrums to bear”
Next Article The pages of history are littered with stories like that of snubbed cyclist Wendy Houvenaghel. Is that any consolation to Wendy? No