You are at:Home»News & Current Affairs»Opinion»Should you be in bed with this person?
Social share: 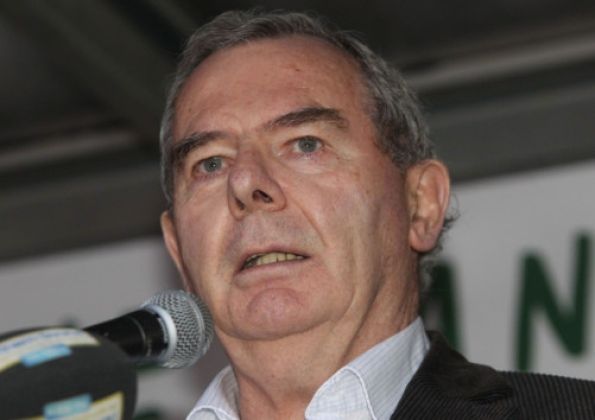 Picture the scene: Fine Gael is holding its annual conference this week-end. Cardinal Sean Brady, the Head of the Catholic Church in Ireland, is invited to say the prayers of introduction or to deliver the closing prayer of the Conference.

Can you imagine what Fintan O Toole will write and all the other Fintans? Perception is everything when one holds any office, titular or elected.

Cardinal Timothy Dolan, the archbishop of New York is travelling to Tampa, Florida to say the closing prayer at the Republican Convention. At one level, one can argue that this is evidence that Mitt Romney, a former bishop in the Mormon Church, is reaching out,  but the presence of his high profile running mate Paul Ryan, as an ultra catholic on the same platform, makes this a horse of a different colour. Cardinal Dolan on that Republican platform has its own resonance.

The archdiocese is one of more than 40 Catholic groups suing President Barack Obama over his mandate that employers provide health insurance that includes free birth control as a preventive service. The rule exempts houses of worship but includes faith-affiliated employers such as hospitals, charities and colleges.

This week Asil Nadir the founder of Poly Peck, was convicted of stealing money from his company and shareholders. Former Northern Ireland Minister Michael Mates fell on his own sword because of his association with Nadir. Mates took an interest in Nadir’s business affairs and obviously moved too close to him. A watch which he sent to Nadir with an inscription originally in latin (“illegitimi non carborundum)”  (don’t let bastards grind you down) brought Mates down. Mates, a former military man was drawing on an army intelligence adage which was adopted as a motto by US army general Joe Sitwell and later popularised by Senator Barry Goldwater. 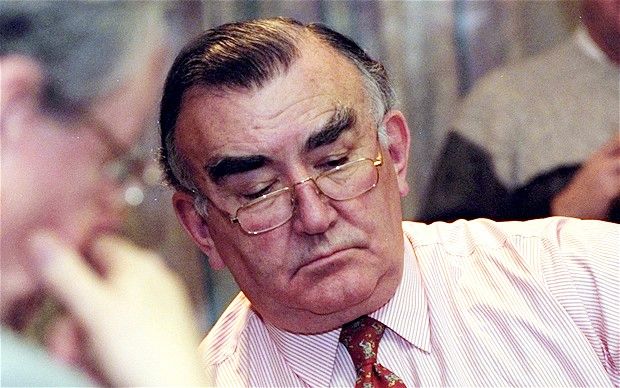 Enda Kenny and other Fine Gael ministers could learn from Mates’s experience against the backdrop of their Icarian attraction to the company of people in business.

Sinn Fein made an art of ‘constructive ambiguity’ clinging to the IRA during the evolution of the Peace Process. Sometimes this resulted in close to disastrous outcomes.

The quintessence of this practice manifested itself writ large in October 1993 during the funeral of the Shankill Road bomber Thomas Begley. Ten people died in that explosion. Gerry Adams the president of Sinn Fein elected to carry his coffin. This was all about ‘staying with the base’ on the lead into the ceasefire in August 1994 but outside the Republican community did anyone understand that?

John Major literally roasted Albert Reymolds the Irish Prime Minister. Major had no empathy, sympathy or understanding of what he and his constituency saw as an act of defiance and provocation, not to talk about betrayal on the back of what Reynolds had been telling the British about the intentions of the Republicans leadership.

Seamus Heaney in ‘Funeral Rites’ gets to the nub of this Irish custom of carrying the coffin:

“I shouldered a kind of manhood

stepping in to lift the coffins

In Heaney’s world this  illustrated that familial bond between the pallbearer and the deceased. Adams’s carrying of Begley’s coffin  was a further manifestation of that political familial bond.  Not in a thousand years could John Major understand that, as his aides faced him with screaming photographs in the tabloids, of Adams carrying a bomber’s coffin?

No amount of statements of disassociation of the GAA from the Sean Quinn’s business débâcle will erase the perception that that organisation does not support Quinn’s war with the courts and the Irish government.

The presence of Mickey Harte, Jarlath Burns, Colm O Rourke and other senior GAA personnel standing shoulder to shoulder with the Quinns during a pro Quinn family rally, will not disabuse people of the GAA’s sympathy for the Quinn family.

This is further evidence of the dangers of anyone holding office being injudicious in choosing one’s  company.