You are at:Home»News & Current Affairs»Prisoners in the Peace… Brian Rowan reports on life after jail
Social share: 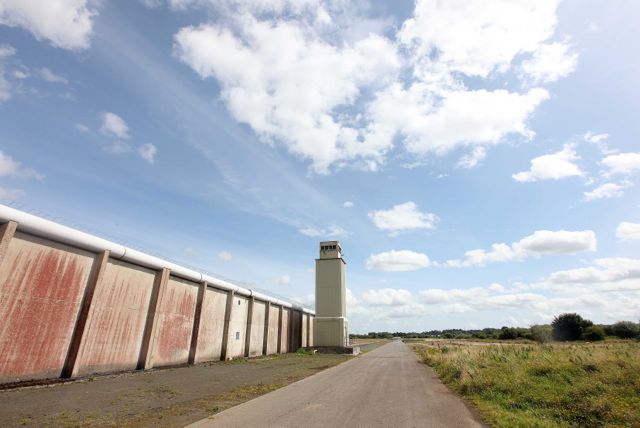 I remember many of those long reporting days in the prison car park at the Maze; days after the Good Friday Agreement when the ‘H’ Blocks began to empty.

The releases, here and elsewhere, spanned a number of organisations, the IRA, INLA, UVF, UDA and Red Hand Commando, and covered some hundreds of prisoners – men and women.

It was big news, their freedom a visible confirmation of the developing peace, but early releases that also confirmed the political nature of their convictions.

The emptying of the jails of designated prisoner groups was part of the negotiations into a new place and a new peace.

There is however unfinished business, and a big demand that relates to the prison records of conflict.

In recent days he has raised an issue relating to insurance complications and developed another argument for conflict-related convictions to be expunged.

He knows, of course, that this is a raw and deeply divisive issue, but it is also part of the unfinished business of peace processing.

On the specifics of the insurance issue, he told me: “Our problem is that anybody with an unspent conviction – prison sentence – will not be insured by some insurance companies.

“Some insurance companies state now that the policy holder must pro-actively advise them if they have any ‘unspent’ conviction.

“This relates to anyone who was sentenced to over two and a half years,” he continued.

“Up to very recently this issue has applied only to home insurance – and it is only in recent months that this has popped its head up to do with car insurance,” he said.

The Sinn Fein MLA Pat Sheehan is a former IRA prisoner who was part of the 1981 republican hunger strike.

On the back of Culbert’s comments, he issued a statement emphasising the need for former prisoners to check their documents and accompanying information.

“There is obviously a loop-hole in some policies where if you have been sentenced to more than two and a half years and don’t pro-actively contact your insurance company to let them know of this fact, then you actually may not be insured.

“Coiste na nIarchimí said that this refers to just some insurance companies and I want to reiterate the call for former prisoners to contact their insurance company to get confirmation that they are still insured regardless of their prison sentence,” Sheehan said.

The problems for those who were the prisoners of our ‘wars’ don’t stop with insurance but extend in to travel and jobs.

“The republican movement has made it very clear that the armed struggle is over,” Culbert said, but he added:

“We who were imprisoned due to the armed conflict are carrying the residue from that, and little did we know that it would move into issues such as home or car insurance.”

This he said opened up other questions.

“It could be argued that this is yet another barrier to our inclusion in our society,” he told eamonnmallie.com

“Of course from my perspective, being a political ex-prisoner, the answer to this is expunging prison records,” he continued.

“The British Government haven’t got to the stage where that is doable, but we’re constantly lobbying for that to take place,” he said.

In the meantime, and on the insurance issue, he said:

“There is no need to panic.

“Coiste has made arrangements with several major companies to insure political former prisoners as long as those companies are made aware of the imprisonment.”

The republican ex-prisoner community alone extends across an estimated 25,000 people, with a further ten to fifteen thousand in the loyalist community.

William ‘Plum’ Smith a former Red Hand prisoner who chaired the 1994 loyalist ceasefire news conference and was part of the negotiations leading to the 1998 political agreement, sees many of the same problems in places such as the Shankill Road.

“The barriers have never gone away,” he said.

“Indeed, if anything, they have got worse.

“They were meant to have been addressed by the two governments as part of the reintegration of prisoners back into the community after the Good Friday Agreement.

“If I go for a job as a door supervisor, I’m barred, or for any security related post,” he said.

He is not asking for records to be expunged, but suggesting a compromise, that they are “parked” or put into “cold storage”.

“That means if someone goes for a job they don’t have to declare it so long as the conviction was conflict-related,” Smith said.

“This parks the conviction allowing people to get on with their lives,” he continued.

“If they re-offend, the record can be brought back into play,” he said.

But, we know, that none of this is likely to be addressed in isolation.

There is other unfinished business relating to the past, including the search for truth or information.

These are not loose ends, but rather huge issues; jigsaw pieces in a complicated picture as we move from the past into the present.

There are other views and opinions to be taken into consideration, but there should not be a veto given to anyone.

If the wars are really over, then the prisoners should be unlocked from that conflict.