You are at:Home»News & Current Affairs»Playing politics with the past
Social share: 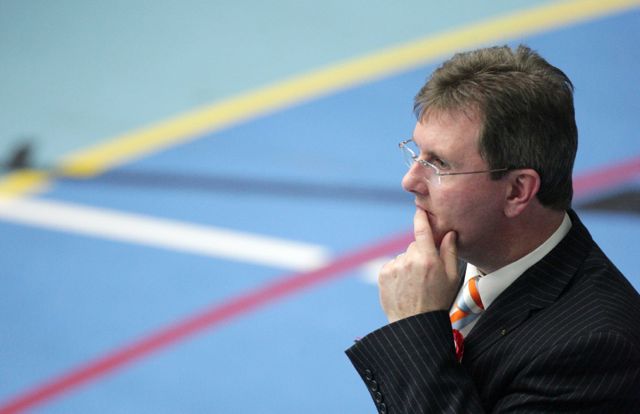 Tuesday morning was one such moment.

I came away from a discussion on the Radio Ulster Nolan Show feeling angry; angry about of a number of things, including the finger-pointing that characterises nearly every political discussion on our past.

My final thought on Nolan was that it was “very clear our politicians can’t and won’t design the process that is needed and that is why we need international help”.

I was biting my tongue, wanting to say they have neither the strategy nor the imagination nor the will to do this; that in the waiting or stalling, they are failing those who most need help.

The MP Jeffrey Donaldson was clearly annoyed by something that the Sinn Fein Chairman Declan Kearney had said at an event I chaired the previous evening as part of the Gasyard Feile in Derry.

That discussion had the title: Reconciliation in the Process of Nation Building, and, not for the first time, Kearney accused sections of political unionism of pursuing a strategy aimed at “slowing down the Peace Process with the politics of stasis”.

So, the next morning, on Nolan, Donaldson’s words and response were entirely predictable.

As an important first step in a reconciliation process, Gerry Adams should say he was a member of the IRA.

Wrong-doing should be acknowledged and not brushed under the carpet, and Sinn Fein needs “to show greater leadership in bringing dissident violence to an end”.

I agree with Donaldson that republicans have much to answer, and on this website I have made it clear that if Adams and Martin McGuinness are not prepared to discuss their roles within the IRA then this is a hoax initiative; a farce – a sham.

That said, I would take Donaldson more seriously if I heard him naming the UVF leader John Graham on the Nolan Show, or the UDA leaders Matt Kincaid and Billy McFarland; heard him name a few of the figures of the intelligence world; heard him call them forward to answer their questions.

Political tit-for-tat is too easy and it is also an escape route; a way of avoiding a table of explanation.

For every question that Donaldson has for Sinn Fein, republicans will ask one of political unionism.

In that event in Derry, Kearney said he had a “wardrobe full of them”; including questions about Ulster Resistance and the arms they smuggled and shared with the UVF and UDA.

A process will only work if it asks all the questions and of all sides, and in a room or mechanism in which the rules are the same for everyone.

Those questions could be about British collusion, Dublin collusion, the roles of the IRA, loyalists, intelligence/security, politicians/Governments – as well as questions for journalists and the churches.

I said in Derry on Monday that the media also needs to understand that the wars are over.

This process should be about answers – not games, and some weeks’ ago on this website the former Methodist President Harold Good introduced an important thought to this discussion.

He wrote: “To accept our own responsibility is to challenge the other about theirs.”

That thought takes this conversation off the battlefield of tit-for-tat.

It asks all sides to think about what they did; not to wait for others, but to set the standard for others.

Sharing information, re-visiting events, correcting the narrative is not a process of rocket science, but it does need a strategy, imagination and the will to do it.

It needs an amnesty and a mechanism or structure for asking and answering questions, and the process needs an international architect.

Then, when we get to that process, Declan Kearney and Jeffrey Donaldson and everyone else can empty their wardrobes of all their questions.

There has to be a starting point, something I touched on in Derry on Monday in response to a question from Paul Kavanagh, an advisor to the Deputy First Minister.

I talked about two statements – two of some hundreds – passed to me by the IRA and loyalist organisations during my reporting of the pre-ceasefire years.

One was on the killing of Philomena Hanna in April 1992 in which the UFF claimed to be “acting on top grade intelligence”.

They described the woman they shot as a “female PIRA member” and said she was a sister of Richard McAuley, a senior aide to the Sinn Fein President Gerry Adams.

On both points, their information was wrong, but that statement has never been corrected.

I also talked about the IRA statement issued after the Enniskillen bomb, which takes us back to 1987.

The IRA admitted placing the device but denied detonating it – words that do not stand up to scrutiny.

So, revisiting those statements – and many others – would be the IRA and loyalists accepting their responsibility and challenging others about theirs; others in Dublin and London, in security and intelligence, in politics, the churches and media.

This cannot happen in some haphazard way.

It first of all needs an off-stage discussion to see what is possible, it needs a strategy and structure; it needs an amnesty, and the doing and design of all of this has to have an international stamp.

There is of course a role for Peter Robinson and Martin McGuinness.

They should not wait for the Governments in London and Dublin, because if they do, then we will be waiting for ever.

Instead they should agree to call in that international team, and once here we will quickly find out who is prepared to accept their responsibility and who is not.

The past is not a political and media play thing and should not be used as some extension of the war.

I watch how some victims are being used and wonder are they being healed or hurt even more.

So, it is time for the next step.

That means giving someone else the responsibility of constructing this process, building it with bricks of knowledge; knowing what is possible and what is not before some commission is put before us.

It is time for the politicians to step off this stage, and for the international team to step onto it.

As part of the discussion/debate on reconciliation that has been developing here on this website, John Alderdice has sent me a film to watch.

It has the title: Beyond Right And Wrong.

Those four words should make us think; and they challenge us to walk in the shoes of others.

Have we the courage to do that – to not only tell our story, but to listen to the other person or to the other side?

Social share:
Previous ArticleBigots in victory too. How pathetic are we?
Next Article Party of the Year – You are not Invited