You are at:Home»News & Current Affairs»Opinion»Party of the Year – You are not Invited
Social share: 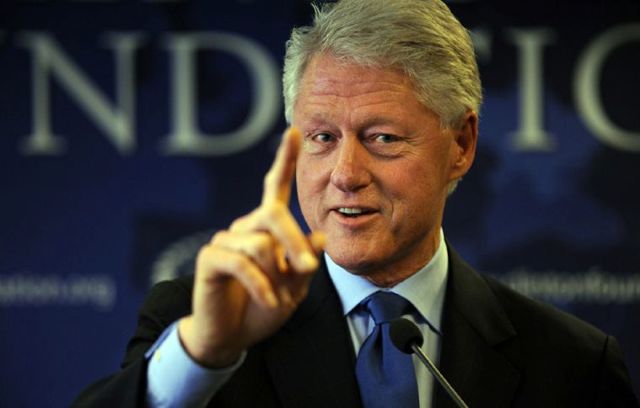 You can listen to my guestlist for the party of the year below:

… or should you prefer, you can just read about it here:

It is school uniform time of the year again. Can you believe it? Summer is nearly behind us. About now our attention shifts to the annual ‘country supper’ and that vexed guest list.

We are divesting with parochialism this year and entertaining names from a wider domain. One tires of insularity.

Subject to availability top of my list will be Bill Clinton and Boris Johnson.

Bill is a busy man but I’ll get one of the staff to put a call through to his aide Jennifer Palmieri who was none too happy when sporting Bill grabbed my neon blue shades to try them out.

I have seen Clinton at close quarters in the White House holding court in the presence of the best the island of Ireland could produce in terms of literary prowess.

He read them all and rewrote some of their pages elucidating Heaney’s interpretation of Beowulf better than Heaney. Pure poetry.

Lord Boris’s availability is subject to his unhitching himself from that zip wire over all that he surveys. Like Ian Paisley, the former DUP leader, funny things happen to Boris.

Would he be compatible at our table without that self deprecating wilting violet Jeremy Paxman? I doubt that. They are a wonderful foil for each other.

Papers are pregnant with questions about Boris’s future. Will the enigmatic Johnson, labelled ‘a national gem’ and his shock of sixth form blonde hair and his propensity for irreverence eventually do for David Cameron?

Is ‘country supper’ over for Mr Cameron or is he destined for the same fate as befell the late Charles J Haughey when he fell from grace? He opted for ‘the rubber chicken circuit’ to rehabilitate himself.

Incidentally there will be a Boris Bike for everyone  leaving ‘Retslu” who imbibes delights through every pore, courtesy of Chateau Musar.’

As we have a penchant for pedantry chez nous Michael Portillo, the PM who wasn’t and his old sparring partner from ‘This Week’  Labour’s Diane Abbott would be expected to show.

In her hay day Margaret Thatcher who represented practically everything which I dislike would have been invited.

She bewitched my dear colleague Deric Henderson and former Irish Foreign Minister Michael O Kennedy with those button blue eyes but I remained constant as the Northern Star when she fixed her stare on me.

Many a googly I bowled at her and with great pleasure.

We always like to have someone breaking bread with us whom a lot of people like to pummel. Why not Alex Ferguson, the quintessence of humility?

Poet Michael Longley’s presence is always enriching and edifying ably supported by the mellifluous tones of the bard of County Kerry, Brendan Kennelly.

Our table is filling up quite well with Veuve Clicquot ‘La Grande Dame’ Champagne 2004, at hand.

To lend to the inevitable ‘bavardage’ over supper we’ll add a little spice by including Ian Paisley and former Irish President Mary McAleese.

Social share:
Previous ArticlePlaying politics with the past
Next Article Give Granny an iPad – Nelson