You are at:Home»News & Current Affairs»Mitt Romney didn’t borrow Church’s money because he didn’t want “to go to hell”
Social share: 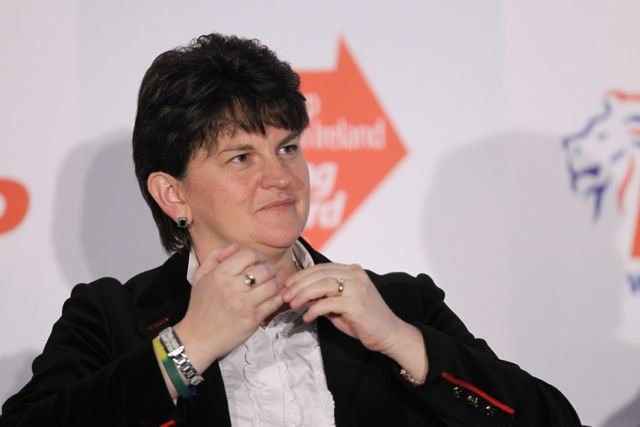 Do you recall the furore which erupted here in Northern Ireland over PMS  – the Presbyterian Mutual Society?

That Society was set up in 1982 as an investment vehicle for members of that Church.

Individuals or Presbyterian congregations could each buy up to £20,000 in society shares, and they could lend the society much more. Often they received healthy returns of up to 6% a year.

The Society got into trouble in 2008 after the government announced a guarantee scheme for savers in banks. It protected deposits up to a value of £50,000.

The PMS was not covered by the guarantee, leaving many savers to conclude their cash would be safer in one of the protected banks. That led to a run on the PMS.

Presbyterians, believing God would look after their savings handed over their money to the PMS only to discover come the recession, the cupboard was bare.

Among those borrowing were developers who ended up buffeted by the economic gale.

Up popped our politicians as always courting popularity and acting in your name, without your permission to bail out the PMS to the tune of over £200m.

George Osborne agreed  £175m of a loan and  £25m cash was made available for investors who had been hit. Absolutely unpardonable.

Enter Mitt Romney: he too had an impure thought with a view to dipping into the Mormon Church piggy bank: he pulled back in time:

“We started a new business called Bain Capital. The only problem was, while we believed in ourselves, nobody else did. We were young and had never done this before and we almost didn’t get off the ground. In those days, sometimes I wondered if I had made a really big mistake. I had thought about asking my church’s pension fund to invest, but I didn’t.

“I figured it was bad enough that I might lose my investors’ money, but I didn’t want to go to hell too.” said Romney.