You are at:Home»News & Current Affairs»Opinion»How much legroom do you need?
Social share: 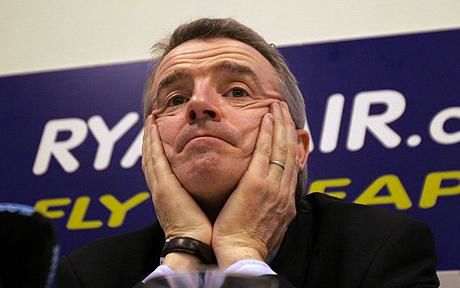 Have you enough room there Michael?

I don’t care much about flying at the best of times, especially long haul, even though I like the buzz in airports.

My big enemies flying are:

2. Garlic – I cannot stand the smell of garlic (or onions, curries etc for that matter) but I am not addressing that here.

Legroom is my big preoccupation on those air flights. An aisle seat is de rigueur as far as I am concerned if possible.

How I loathe being sandwiched between two large bodies on a flight almost inevitably reeking of one odour or another smelling disagreeable to me.

Even an expensive perfume at close quarters could ruin my happiness not to talk about that stale smell of nicotine.

You may not think ‘an inch’ on a plane makes much difference between the seat in which you are sitting and the seat in front of you.

One inch between seats on a plane could create space for another six passengers and of course afford  greater space for those seeking privilege up front.

They pay more and buy more legroom. That is what it is all about.

Meanwhile I remain cramped up further down the aircraft wedged between two individuals violating the highways to my lungs.

Social share:
Previous ArticleBronte homeland in South Down gets first wind turbine without a cheep
Next Article Has Presidential candidate Mitt Romney’s running mate Paul Ryan ‘swallowed’ too many books?