You are at:Home»News & Current Affairs»Opinion»Would Susan Boyle have been better suited than Danny Boyle?
Social share: 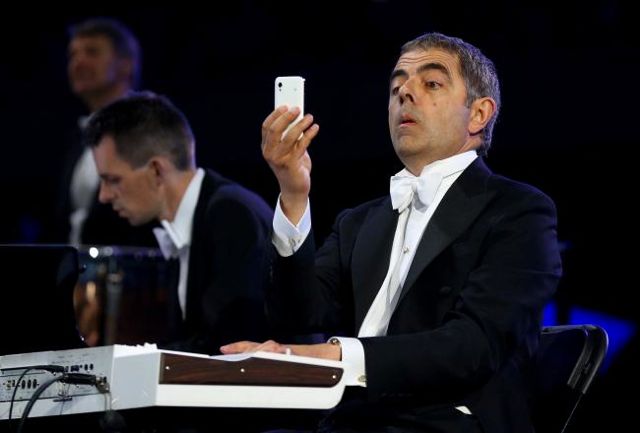 I wanted to enjoy the opening ceremony. Like many before the event, I feared the efforts of Locog would pale into humiliating nothingness compared with the almighty spectacle offered to the world at Beijing ’08, and I hoped, and hoped, and hoped, that the organisers would muster what was left of British wit and ingenuity to create something which, if incomparable to Beijing in scale, would outmatch it in brilliance.

My hopes were dashed, but the faint glimmers of inspiration I did notice during the ceremony were enough to appease me, and when I saw the Saturday morning papers hailing ‘The Greatest Show on Earth’ I was happy to be in the minority in my dissatisfaction.

Better, I thought, for the press to put a brave face on the embarrassing display than to ignite the feeding frenzy that would inevitably result from any strident criticism of the ceremony. What a responsible bunch; who needs Leveson, eh? (Nobody, obviously, but that’s another story.)

The switch occurred on Monday morning. I’d already read about the torrent of indignation directed at the silly Aidan Burley MP over his tweets. Since this was a political spat, I stayed out of it.

But then came the Stephen Nolan Show, when the reasonable objections made by David Vance were roundly rebuked by all concerned, including Nolan the Impartial himself, as if Vance was a naughty schoolboy.

Suddenly it dawned on me, this isn’t a cover-up, they actually think Danny Boyle did a good job. Not only this, they’re castigating those who disagree.

Motivated purely by concern for my countrymen, who seem to have been hoodwinked, I now feel compelled to point out that the ceremony was, on its own terms, an utter shambles.

Let’s start at the beginning; the virtual trip down the Thames and into the Olympic stadium. The production quality for this and the rest of the pre-recorded segments of the show would not have been out of place in an episode of Merlin.

The Mr Bean skit, though a good idea, was particularly poor quality, if it had been uploaded as a homemade video on YouTube the ‘Likes’ bar would have been fully red.

We were then introduced to an English country idyll, not a bad theme to bank on, but one entirely spoilt by the disjointed displays of amateur theatrics which were impossible to follow and must have looked a mess for those in the stadium.

The transformation of this country scene into a stark industrial landscape was, I must say, my favourite part of the show, and by the time the Olympic ring had been forged I was convinced the worst was behind me.

Alas, the rails which had been laid by Brunel and his pack of industrialists came off with a clatter, and the swampy foundations upon which the ceremony had been built were exposed.

If the ceremony had suffered only from poor production quality and some ill-judged stage direction that would have been tolerable, but in fact it was the victim of a catastrophic thematic misfire.

Designed as it was by people with no understanding of British history, the ceremony entirely failed to celebrate the wonderful gifts which Britain has given to the world.

China made a stunning ceremony by celebrating some inventions which her people jealously guarded and which Westerners eventually discovered themselves; gunpowder, paper, type-setting, and the compass.Britain gave the world constitutional government, but our opening ceremony had an inflatable Voldemort doll.

This was the display of a country with absolutely no sense of itself. Over eleven minutes were devoted to a confusing mash-up of the NHS and children’s literature.

Fifteen minutes was given over to an equally bizarre pairing of pop music and the digital revolution interspersed with a cheap rom-com motif, these are dubious achievements in themselves, and certainly not ones that can be claimed only by the UK.

I don’t resent the inclusion of these displays, no doubt they form an important part of life in modern Britain, but do we really consider them to be as important as the industrial revolution, which also earned fifteen minutes?

This is to say nothing of the outright omissions. Literature: where was Shakespeare other than Branagh’s out of place extract from The Tempest? Where was Milton? Where was Wordsworth? Where was Tennyson?

History: what about the Magna Carta? What about the Bill of Rights and parliamentary sovereignty? What about Britain’s naval supremacy? All of these should have preceded the industrial revolution segment.

Political thought: where was Hobbes? Where was Locke? Hume? Smith?

Science: why wasn’t Newton sitting under that great tree which formed the centre piece at the beginning of the ceremony? Why wasn’t Robert Boyle featured? Or Darwin? Or Watson and Crick?

Team sports: this was arguably the most infuriating omission. Nowhere in the opening ceremony for the greatest sporting event in the world was it mentioned that Britain created and spread every major international team sport including football, cricket, rugby, and rowing.

In his speech Jacques Rogge described Britain as, ‘the birthplace of modern sport’, he might have added, ‘so why on earth didn’t you brag about it in your opening ceremony?’

The final insult was to wheel out the poor Queen, an act which was only necessary in order to distract us from the shoddiness of the rest of the show.

This move, presented as jolly amusement and a wry example of British tongue-in-cheek, actually revealed a country where nothing is sacred, and no institution can be left out of the national effort to crack a smile and appear unperturbed as the country falls down around us.

Like I said, the failure of the opening ceremony is not what bothers me, it is our collective failure to identify why the ceremony was so bad that bothers me.

Historians will refer to this opening ceremony as the moment when it became clear beyond all doubt that the British no longer knew who they were, or for what they stood, or how they had lasted so long.

This article can also be viewed on Matthew Symington’s blog the Kit Cat Club.

Social share:
Previous ArticleWheelchair Rugby – getting it over the line
Next Article Claudy “an explosion too loud for your eardrums to bear”