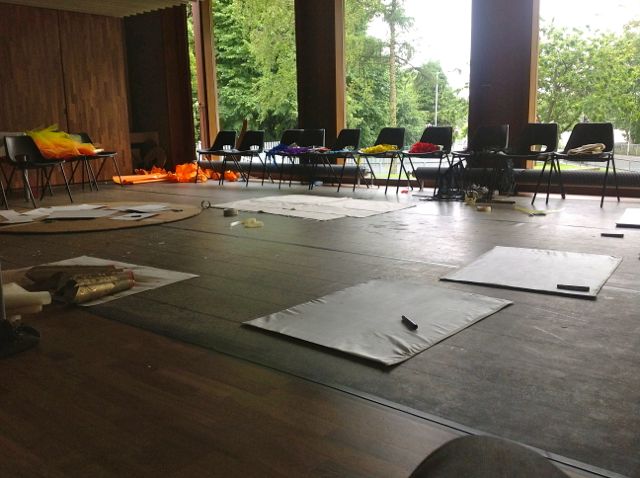 Exclusive photo of The McGrath Room in The Lyric Theatre

The Queen’s visit to Northern Ireland in her Diamond Jubilee Year will probably go down in history as the most famous trip here during her reign.

The headline was always going to be that handshake between former IRA commander and Deputy First Minister Martin McGuinness and the Queen. The visit will be remembered however, for other reasons.

The Queen asked one small favour before mounting the steps of her aircraft on leaving Northern Ireland.

She requested an aide to ensure that the name and address of the hospice to which she donated all her Stormont flowers, be forwarded to her.

It is now known in an unprecedented move the police after ‘risk assessing’ on the spot, conceded to a request from the Queen and the Duke to accept the many bunches of flowers being offered by members of the public in the grounds of Stormont Estate.

The Queen and  Duke, I am told were knee deep in a ‘sea of flowers’ and had to struggle to alight from their open top Range Rover to avoid walking on their floral gifts.

Historically the police would not have risked royal visitors accepting parcels of any description including bunches of flowers which had not undergone a security check.

The PSNI’s passing of the public’s flowers directly into the royal chariot was just one of a whole series of departures from what went before.

It was the PSNI who gave the green light for the date of the royal visit to be made public as far back as May 25 in an unprecedented development. Not alone was the visit announced in advance but the locations to which the Queen would visit were also disclosed. 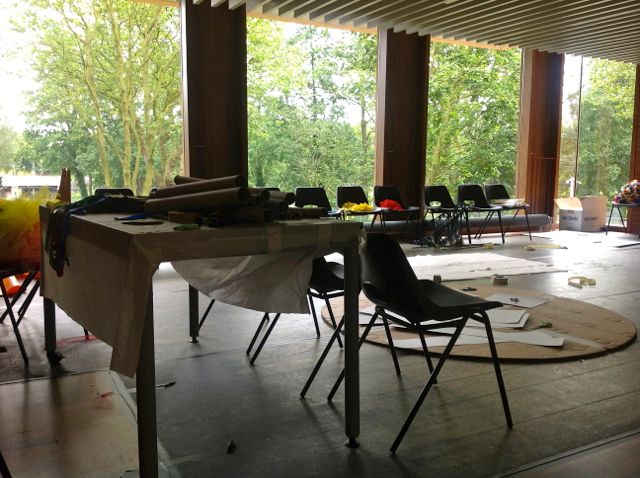 Exclusive photo of The McGrath Room in The Lyric Theatre

Eamonnmallie.com has learned that PSNI officers spent some time at Windsor familiarising themselves with the open top Range Rover or ‘Queen mobile’ which carried the royal couple along the Prince of Wales to the cheering crowds.

This was the first time this year this unique vehicle had  been used anywhere in the United Kingdom. It is also the first time the Queen has travelled in an open top vehicle in Northern Ireland. In 1966 a breeze block was dropped on the Queen’s car in Belfast city centre.

The especially converted  Ranger Rover arrived in Northern Ireland about a week and a half before the royal visit. Those involved in the Queen’s security practiced co-ordinating walking and driving speeds,  under the cover of darkness at a secret venue near Garnerville. I am told getting that harmony right was challenging.

Insiders contend the royal visit passed off with few hitches but the late call, due to inclement weather,  to divert the Queen’s BAe 146 to Aldergrove, caused a bit of a flap. 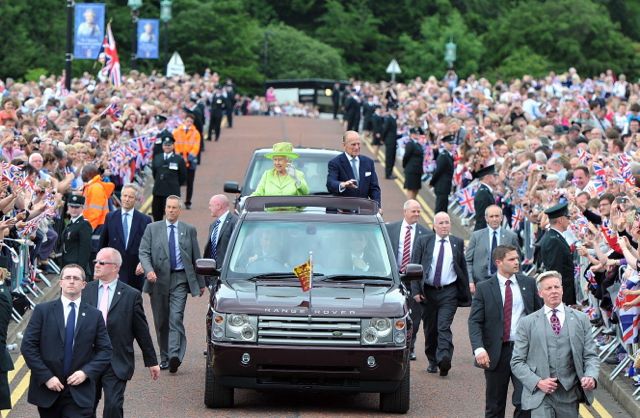 The plane had been expected to touch down at St. Angelo Airport in Enniskillen but about and a hour before arrival time, the weather deteriorated and an alternative security convoy was instructed to be on stand-by at Aldergrove Airport as there was the possibility that the Queen might have had to journey by road to Enniskillen.

It transpired the weather was fine for flying by helicopter. Not alone had those organising the Queen’s visit to be mindful of her security and timetable but the BBC had planned going live from St. Angelo Airport in Enniskillen. This sudden change in plans resulted in some temporary head scratching among BBC editorial bosses.

Even those involved at the heart of planning the logistics of the royal visit only learned very late about what became known as a ‘patronage visit’ to The Lyric Theatre for the handshake between the Queen and Martin McGuinness.

That development was only revealed to the  police last week-end. The political configuration involving Irish President Michael D Higgins reached my ears back on June 11 when Sinn Féin president Gerry Adams told the media in Parliament Buildings “no doable proposition” is on the table.

Sinn Féin was adamant right down to the wire Martin McGuinness would not agree to meet the Queen in the context of a jubilee event.

Co-operation Ireland ended up the bridge-head or cultural construct which facilitated the meeting in the Lyric Theatre since the Queen and the Irish president are patrons of that body.

Interestingly the Lord Lieutenant of Belfast Mary Peters was noticeably absent to greet the royal couple at the Lyric Theatre. Who took that decision?

The McGrath Room in The Lyric Theatre will be forever identified with that Queen/Martin McGuinness ‘handshake’ in years to come.

Every cloud has a silver lining. Colin Davidson is a well established Irish artist who has recently moved into one of his most fertile periods in his execution of some of the finest portraits of literary and artistic figures in these lands.

Coincidentally he had a body of his portraits hanging in the lobby area of the Lyric Theatre.  He was invited to turn up for the royal visit to put on show an additional half dozen of his portraits.

These portraits included images of international  classical pianist Barry Douglas, poet Michael Longley and Irish playwright Brian Friel. Not alone had the Queen an opportunity to discuss the artist’s work with him but she also had an opportunity to speak with poet Longley and musician Douglas about their portraits. 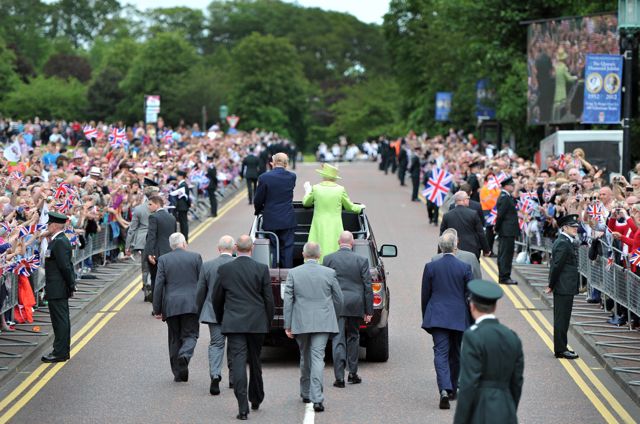