You are at:Home»News & Current Affairs»Dissent – The Dissidents – and the need for Dialogue
Social share: 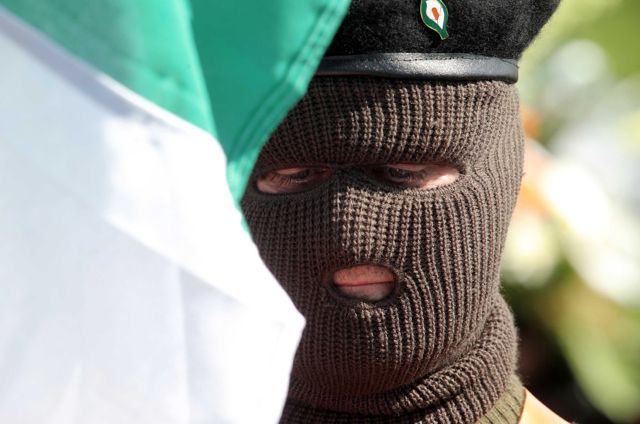 The story of the latest developments in the dissident republican world came with big headlines.

There was a statement announcing a new coalition of the Real IRA, Republican Action Against Drugs (RAAD) and a number of “unaffiliated” dissidents, who up to this point had stayed outside the organisational structures.

So, what we have is a knitting together of different strands to make what is being billed as a new ‘IRA’ – and yet another IRA.

There is an obvious concern and fear; that after the words, there is now the possibility of some violent act to announce their arrival; some act of killing to back up those words and to somehow make them relevant.

The statement from this coalition reads big.

It explains the “necessity of armed struggle in pursuit of Irish freedom” and tells how it can be avoided.

Britain’s “armed militias” must be dismantled; so too its “political interference in our country”, and there should be an “internationally observed timescale” within which these things would happen.

I wrote in the Belfast Telegraph that the dissidents have neither the military firepower nor the strategic brainpower to force those objectives.

Their statement is a combination of unrealistic demands; easily committed to words and paper, but impossible to make happen in any new war.

That moment was neither victory nor defeat, but it opened up a path to ceasefires, decommissioning, demilitarisation, prisoner releases, the end of the RUC, new policing, troop withdrawals, the ending of armed campaigns and new political arrangements.

A united Ireland is only achievable if unionists can be persuaded.

It will not be forced by threat, by occasional killings or by dissident coalitions presenting menacing statements or posing behind balaclavas.

Those days are long gone.

Just weeks before this new ‘IRA’ announcement, an intelligence source had spoken to me about what they were hearing in their monitoring and surveillance of that dissident world.

He described it as a “drumbeat”; self-doubt encapsulated in the question: “Is this [armed activity]getting us anywhere?”

“Since [the murder of]Ronan Kerr there’s been a bit more of it,” the source said, meaning more questioning about the worth of those armed actions.

The dissidents, whether in separate units or acting as a coalition, know the answer to their question – know that it is achieving nothing.

It is a war without purpose; something I have previously described on this website as phoney, pointless and pathetic.

It is killing for killing sake, and it cannot be dressed up in a cause or in some war objective, because those leading the dissidents know that objective is not achievable.

They must also know, to quote that intelligence source again, that violence is “the greatest inhibitor to a united Ireland”.

That source also believes there are those among the dissidents who can’t or won’t go away.

“This [conflict/war] is a missing part of their life,” the intelligence source commented –“their status/kudos,” he added.

The make-up and leadership of this new coalition are open secrets – known across the republican community and to the intelligence/security agencies.

So, there are no mysteries attaching to this latest realignment.

The different dissident bits already presented a threat assessed as being severe, and that threat is a capacity to kill, not to sustain or win a war.

A dialogue is now needed to discuss all of the above, a conversation among republicans, and if dissidents won’t come to the conversation, then that conversation needs to go to them – to their doorsteps if necessary.

It has to be face-to-face and toe-to-toe with the leaders of this new coalition and with those others who stand outside it, but who still believe in armed struggle.

This is not just the responsibility of political leaders in Sinn Fein.

It is for everyone of influence in the Catholic/nationalist/republican communities – north and south – and it is for the people.

They cannot stand back and expect this to be sorted out by others.

Dissidents must understand and be told there is no room, no support, no cover for armed actions.

That message needs to be delivered by numbers of people and to their faces.

Yes, there is space for a second opinion and a different opinion that speaks against the Sinn Fein strategy, and there must be room in which all of that is presented and heard.

There is also a task for and a contribution to be made by others.

The Orange Order needs to be told, and needs to understand, how some of its marches and some of the antics of the bands play to a dissident agenda.

They need to walk away from Ardoyne, not in some forced climb down, but in an act of leadership.

That march, that turmoil, that stage for confrontation makes a playground for the dissidents.

It forces the police to present themselves in combative style, and that is used to argue that nothing has changed.

That stretch of road needs to be neutral – no marches, no protests and therefore no need for those big policing operations.

There is also a discussion to be had about MI5, about its presence and role in the peace.

Dissidents need to understand that if there is no violent threat to so-called National Security, then there is no reason/excuse for that Security Service presence.

The past – all its questions and all its issues – need to be seriously addressed, and in a process that is not led by Secretary of State Owen Paterson, but an international team working with all parties to the conflict, including governments.

It is time to talk; before it is too late and before someone else is killed, and we all ask: How, why, did that happen?

Social share:
Previous ArticleBusiness… Who will be next?
Next Article Olympics – Shakira is right – “listen, my hips don’t lie.”