You are at:Home»News & Current Affairs»Business… Who will be next?
Social share: 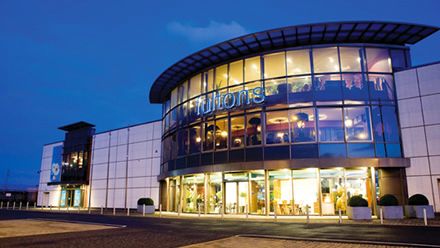 Fultons Fine Furnishings of Lurgan and Boucher Road in South Belfast is not the biggest employer in Northern Ireland.

Reports however that this high end furnishings supplier was going into administration was like a dagger to the heart of the business community in Northern Ireland.

Fultons represented something emblematic of the well being of the economy at a certain level of life here.

In most societies there is a tier of community with a disposable income capable of supporting stores like Fultons, a stockist of wide-ranging household furnishings appropriate for many middle class homes here and in the Republic of Ireland.

That tier of society felt comfortable and at ease with both the style and lines of furniture available in Fultons.

It was not uncommon for upwardly mobile young couples on this island to literally sweep into the Boucher Road store to purchase the necessary furniture to kit out their entire homes.

The owners of Fultons had put in place one of the most prestigious floor spaces outside Belfast city centre during the upward swing of economic prosperity in the past decade.

Fultons is just one of the latest ‘high end’ companies to bend to the current economic pressure. This disclosure has sent shock waves through the retail community. People in business need reassurance informed by continuity and solidarity of commercial life.

We are now witnessing a considerable downturn and demise of many household names in home supplies right across Northern Ireland.

There is of course a counter argument that the passing of the big furniture stores might open up opportunities for smaller operators. This is dependent however on availability of money and banking support.

At time of writing, reports are also emerging that high profile hairdresser Paul Stafford has lost control of his business. Mr Stafford spoke frankly to the Belfast Telegraph of his fight to ‘trade through’ his financial problems but lost the battle.

His company has been taken over and Paul and his wife Leísa will be employees in the company.

This is further evidence of just how hard the worsening economy is biting into family businesses. Stafford brought style and panache to hairstyling and female grooming in the Belfast area.

The dilemma for skilled workers losing their jobs across Northern Ireland is, where do they go?

Is there alternative employment for these gifted individuals who probably know no other way of life?

The woes besetting Fultons and Paul Stafford represent an ever depressing downturn in the economy.

Rates and rent continue to be blamed for cash flow problems in business, as banks seem to starve businesses of funds on the back of the global banking crisis.

The over-arching economic profile of Northern Ireland is emitting little good news for people in business.

Today we hear talk of electricity prices possibly going up because of deficits in infrastructure and because of distribution costs.

Northern Ireland has a creaking ancient sewage and water system incapable of coping with flash floods. To replace the current infrastructure would cost millions upon millions. From where is this money going to come?

The property market is on its knees and there is virtually no growth in the British economy. Should we expect a Corporation Tax derogation for Northern Ireland in this environment? ‘Forget it’ is the clear message from the Northern Ireland Office.

Alex Salmond saw off Owen Paterson’s well intentioned laudable leg up, for Northern Ireland. The in house talk is, that nothing could happen until after the 2014 Scottish independence referendum.

A case indeed of “live horse and you will get grass’ as we used to say in the country.

My guess is that by 2014, David Cameron and George Osborne will be names in a history book.

Social share:
Previous ArticleSuicide and the past
Next Article Dissent – The Dissidents – and the need for Dialogue