You are at:Home»News & Current Affairs»When is mainstream Unionism going to catch up with grassroots Loyalism on reconciliation?
Social share: 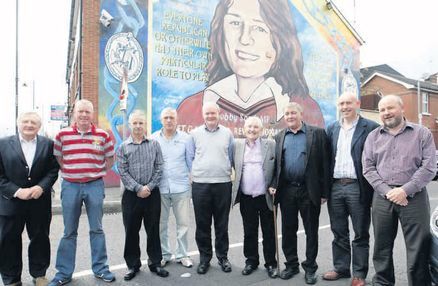 It struck me as very odd – that Mike Nesbitt performance on the latest BBC Hearts and Minds programme.

As I watched and listened, I asked myself, is that really the best he can do, challenge Sinn Fein’s Declan Kearney to name an IRA “war crime” and to persuade him on television of the worth of a United Ireland?

It was more smug than smart, and it was a missed opportunity to engage seriously on the past and on the issue of reconciliation.

Nesbitt, with all his news experience, will have known that he was not going to get answers, not in a studio and not on matters of such importance.

This will open the Special Branch, the Military and Security Service MI5 to the same questions.

Because as part of that debate, if that is what people really want, then you have to  look at all the policies, practices and players in these wars  – loyalist/republican, security/intelligence and political/governments.

And, of course, there will be an examination of the context in which the conflict occurred – putting all of that under the spotlight as well, and asking questions not just of those who went to prison, but those who did not.

This reconciliation debate should not and cannot be reduced to the need for an IRA apology.

Some unionists who have been demanding that, should think about how they were able to step out in a recent march, in which to quote Jackie McDonald, the UDA “suited and booted” and the UVF “in Somme gear” were also present.

There are those who quite clearly do not like the current reconciliation conversation because of where it originated – in an article penned by Declan Kearney and published in An Phoblacht.

But have a read at John Howcroft, a loyalist and former life sentence prisoner, writing elsewhere on this website.

“Let us acknowledge that it is not just those ‘other’ people [republicans]that come to the table with an agenda,” he writes, adding:

“To focus on the agenda of the other person somehow implies that we…come with no baggage.”

Howcroft, from north Belfast, has attended some of the talks that have been developing in the background involving Sinn Fein and a range of people from the Protestant/unionist/loyalist community; confident enough to take a seat at the table and argue his position as well as listen to the ‘other’.

His words reminded me of something that Jackie McDonald said some time back when criticised within his own community for shaking hands with Martin McGuinness.

He challenged the person asking the question to think what it was like for McGuinness to shake hands with him?

The loyalists get this stuff and this conversation better than many political unionists, but that is not to say that they do not have doubts or suspicions.

Of course they have.

Another former prisoner Alistair Little has serious questions about the meaning of “authentic” reconciliation and the worth of saying sorry if it is only to acknowledge hurt while at the same time maintaining the legitimacy of the action that caused that hurt.

His voice and questions should be heard within this debate, in which, he writes, that he still hopes he and others can be persuaded that the initiative is “genuine”.

Republicans also need to be persuaded that the many other sides are equally serious and genuine.

So, Mike Nesbitt and some others need to remember some of the past demands that have been made in this process – the things that were never going to happen:

– That there should be some public disclosure or counting out of the guns that were decommissioned;

– That the process should have been photographed;

– That the Army Council should publicly disband.

Thankfully there are others who knew and know the skills of peace making and peace building; people such as Rev Harold Good and Sir George Quigley independent eyewitnesses at different moments to arms being put beyond use.

One was present when IRA weapons were decommissioned, the other when the UDA presented guns and bullets to be destroyed.

Rev Good and Sir George are part of the developing reconciliation conversations, as is the Presbyterian Minister Rev Lesley Carroll.

It is worth recording and remembering that the Revs Good and Carroll spoke face-to-face to republicans, challenged republicans, long before political unionists did – long before ceasefires.

And in that talking and challenging they helped get things done; helped change minds and approaches – helped save lives.

Whatever happens in this latest conversation on reconciliation, and whoever joins in, they should stay part of it.

But how is that achieved?

I still believe we need an international facilitator and team to speak to all sides off stage, and to determine what is possible and what is not, before that table of explanation is prepared and the seats arranged.

Social share:
Previous Article“They couldn’t bomb unionists out of Northern Ireland…now they want to ‘love’ them out”
Next Article Paul Maskey counters the arguments against conflict tourism