You are at:Home»News & Current Affairs»Opinion»The day the Queen got stoned in Belfast – by Danny Morrison
Social share: 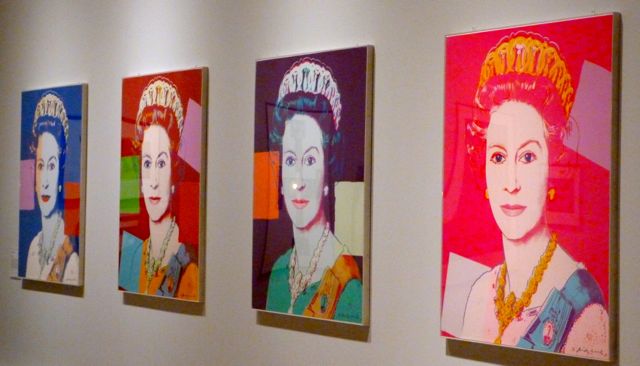 In 1966 when Queen Elizabeth II came to the North, the newspapers published her itinerary right down to the last detail, three days beforehand. After she opened the new bridge across the Lagan, named in her honour, she went to lunch at Belfast City Hall. At the same time, 17-year-old John Morgan, an apprentice heating engineer, was eating his sandwiches on the new Chamber of Commerce House, then under construction, on Great Victoria Street, opposite the Great Northern Railway station (where the Europa Hotel now sits).

Morgan was that rare being, a nationalist who refused to keep his head down, and despite his youth had often argued politics with his fellow workmates who were overwhelmingly Protestant. Later, at his trial, one of these workmates alleged that minutes before the incident, when they were standing on scaffolding overlooking the route, Morgan remarked: “This would be a good place to pick her off.”

At two forty-five, Queen Elizabeth II and her husband Prince Phillip left the back of the City Hall in their closed vehicle followed by a cavalcade. All work had stopped and the streets were packed, ten-to-twelve people deep in some places. In Sandy Row alone, 12,000 thousand people were crammed into a 600-yard stretch waiting for a glimpse of the British monarch. When Morgan heard the cheers rising from the direction of Howard Street he knew she was on her way.

He got ready with his breeze block.

“I saw the bicycle outriders, followed by her glass-topped Rolls Royce. She was waving a couple of fingers at the people. As her car approached I aimed and threw the brick from scaffolding on the sixth floor and watched it go down. It hit the front left of the car with a huge bang. What I remember is the expression on Phillip’s face. It was a joy to behold. The royal car took off in a cloud of dust. It was only a few years ago when I saw a television programme that I realised that it had been filmed.”

A spectator said: “The brick – it was a massive big thing – came down. It must have come from near the top of the building, for it was travelling at quite a speed.”

To be precise, the breeze block weighed 8lbs 12ozs and had travelled 67 feet and 10 inches (the RUC took the measurements), hit the radiator of the Rolls and made a large dent in the bonnet.

The crowd went wild and there was lots of angry shouting. The RUC rushed across the road into the building and other police officers sealed it off at the back.

No one had seen Morgan, who was in white overalls like everyone else, throw the brick. A fellow worker claimed that he asked John if he threw it but he didn’t answer. All the workers were assembled on the first floor. At first the RUC accused a young Catholic by the name of Rooney. But the foreman pointed to Morgan and said: “He’s only up from Dublin.”

Sergeant John McIvor later told the court that when he asked Morgan his name, “He replied in some language that I could not understand.” Morgan initially gave his name and address in Irish. He was arrested and taken out of the back of the building while being punched and kicked. He was put on the floor of a police wagon while RUC men stood on his arms and legs and pointed their guns at him. In Townhall Street he refused to make a written statement but said that it was a personal protest to bring attention to what was going on in the North. According to the RUC he said that, “he didn’t recognise the constitution of Northern Ireland or, indeed, Southern Ireland.”

Morgan’s home, in Dover Street, West Belfast, was raided and republican literature belonging to him was seized. The RUC attempted to make out that the attack on the queen was an IRA plot – particularly when they discovered that in Dublin he had worked for former IRA leader Harry White from Belfast – but he repeated that he had acted alone.

The following day, as the British queen was flying out of Aldergrove, Morgan was being charged.  He appeared in court, marked with bruises and with a swollen upper lip.

“I couldn’t believe it. I was charged – like Roger Casement – under the Treason Act!”

In court another person was charged. Apparently, there had been an incident just a minute before Morgan’s attack which he was unaware of. As the queen’s car had driven past the International Hotel in Donegal Square South, a 44-year-old English woman, Iris Carruthers, a chambermaid from Lancashire, had thrown a beer bottle which smashed near the third car in the procession. When she was arrested and charged she said: “Had I properly wanted to attack the queen I would have chosen the bridge where she was exposed to proper view.”

It emerged that Carruthers had thrown eggs at the queen in Glasgow in 1964. A doctor described her as a ‘paranoid schizophrenic’ with a marked delusion that she had a mission in life to end royalty. “She feels the queen is very jealous of her.”

Carruthers spent time in Armagh Prison until she was served with a hospital order with restricted discharge. No more is known about her fate. Morgan was remanded to the Young Prisoners Centre in Crumlin Road Prison to await trial. There, he was regularly threatened that the UVF would kill him and was involved in fights with youths with loyalist sympathies. Prison officers gave him verbal abuse and he was not allowed to communicate with anyone during his time on remand.

At his trial on September 26th there was no direct evidence that he had thrown the brick but he took the witness stand and stated that he had acted alone, on the spur of the moment and it was a political protest. He smiles at that now, forty years later, given that it was premeditated and had resulted from his politicisation whilst working in Dublin, which he went on to explain.

The jury trial was taken by the Lord Chief Justice, Lord MacDermott, who refused to believe the attack was spontaneous. The breeze block was produced in court to gasps from the jury. The court heard that he had not said to anyone afterwards that he was sorry, and he had no remorse.

“I was over the moon and had a big beaming smile on my face when I arrived back in reception. That was definitely the wrong face to be wearing because the screws at reception saw me and immediately thought, here’s this cocky Fenian who needs some manners.”

(The following article was published in Daily Ireland June 28 2006. Danny Morrison has kindly granted permission to reproduce the article.)

Social share:
Previous ArticlePeter Robinson on why it was hard dealing with Gerry Adams
Next Article Eamonn Mallie in conversation with Barry Douglas