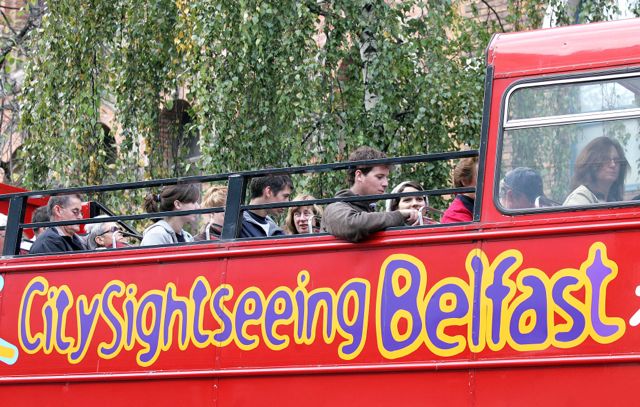 Following on from my last podcast in which Chris Jenkins and I discussed the morality or otherwise of building a tourism industry around the remnants of conflict, today I spoke to Paul Maskey, Sinn Fein’s MP and MLA for West Belfast.

Paul has frequently called for greater investment in what he dubs ‘political tourism’, particularly in his own constituency, citing the thousands of foreign visitors who already flock to Belfast in order to see the city’s murals.

Insisting that ‘political tourism’ can complement existing tourist attractions, namely the Titanic Signature project, Paul asserts that, far from entrenching divisions, a properly regulated tourism industry would compel communities to interact and would show how far the city has come.

Social share:
Previous ArticleWhen is mainstream Unionism going to catch up with grassroots Loyalism on reconciliation?
Next Article Eibhlin Glenholmes – her story of war and peace – Brian Rowan reports