You are at:Home»News & Current Affairs»Opinion»Why do nine out of ten who vote in Northern Ireland, vote for ‘us and them’ parties?
Social share: 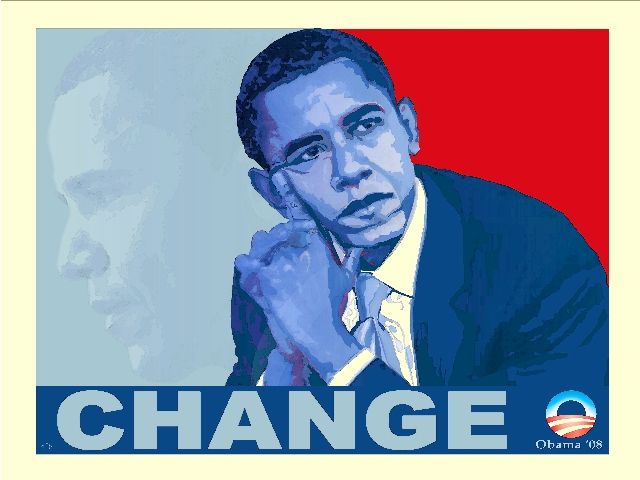 Increasing numbers of people in Northern Ireland don’t vote.  So what, you may wonder, isn’t that also the case across the rest of the United Kingdom, Europe and the United States? Maybe so, but I would argue that Northern Ireland is different. It has just emerged from a very long period of tension and internal hostility—-and I’m going back a few decades before the Troubles era—and is supposedly on the long, sometimes bumpy road towards post-conflict politics and social/community integration.

If the Civil Rights Movement, People’s Democracy, SDLP, Alliance, DUP et al were a response to the circumstances of their time, then why haven’t we seen a similar political/electoral response to our much lauded ‘peace process’? Why aren’t more people voting and why aren’t there new political parties? Well, there are a number of possibilities (and feel free to add on to my list):

1) People don’t believe that any of the local parties offer what they are looking for and, consequently, couldn’t be bothered to vote for any of them.

2) People don’t regard the Assembly and Executive as relevant or effective when it comes to dealing with the problems facing them in particular and Northern Ireland in general. Again, they choose not to vote.

3) People don’t like the carve-up between the DUP and Sinn Fein because they believe it represents the continuation of us-and-them politics: therefore, they don’t want to vote.

4) Or, people don’t like the carve-up between the DUP and Sinn Fein because (from their personal point of view) they see it as a form of compromise and surrender: so why endorse it with a vote?

5) Some people genuinely don’t care about political parties here. As long as the peace continues they are happy enough to let things go on as they are.

6) In the continuing absence of the emergence of a post-conflict party/parties some people will stay at home.

7) Some people believe that voting doesn’t make a difference so why vote?

8.) Some people are just uninterested in politics.

This list is by no means comprehensive, but it would suggest that there may be a market for at least one new party—and maybe even two or three. Obviously it could be a long electoral haul, yet their presence in the Assembly (designating as ‘Other’) and in the eleven new councils (wider boundaries would improve their chances) could have a significant long term impact.

But is it possible to create political parties here which aren’t hung up on the constitutional issue and which could really promote a shared future agenda? The DUP, SF, SDLP, TUV, UUP and the two Independent Unionists (in the Assembly) have very clear positions on the constitutional question: and those positions form the backbone of their manifesto and election campaign. In terms of the overall vote they represent about 92%—a demonstrably overwhelming majority. Alliance—which is ‘agnostic’ on the Union—speaks (or it did at the last election) for just under 8%. In other words, of those who vote, 9 out of 10 are voting for us-and-them parties.

Now then, if only about 50% are voting and over 90% of them are voting for us-and-them parties, how do move towards a genuinely post-conflict society? As it stands at the moment the evidence suggests (and that evidence includes the carve-up between the DUP and SF and the continuing absence of post-conflict parties) that we have created a political institution which is, in essence, contradictory agendas counter-balanced by mutual vetoes. Okay, it gives every appearance of stability, yet the government it provides is insipid, uninspired, lacking in vision and collective in name only. No surprise, then, that it doesn’t attract voters!

So let me ask another question: what do you have to do to engage the almost 50% (including a huge swathe from the younger end of the demographic scale) who aren’t voting? Let me try and answer with a response to a recent News Letter column of mine:

“Not sure I agree with all the negativity – having lived away from the North for a long time now I can only say that the NI that I see when I visit now is light-years away from the NI I grew up in. It’s no Nirvana, however in Derry today people mix through work much more than was ever the case in my time – the first NI protestant I ever met was in England, whereas my younger brother knows loads through work and football etc. There is none of the tension and hatred that there would have been in my time, and instead it is pretty normal for people to have friends from the other side – a lot of this is down to the increase in education and employment and also the fair employment legislation – looks all good from where I stand !”

I have to admit that I hear a variation of that argument on a regular basis from younger people. I’m also told that they have no interest in the ‘old politics’ and the ‘old divisions’; and that they just want to get on with building a ‘better, happier Northern Ireland, where nobody cares where you worship or where you went to school.’ I would be more inclined to believe that if I saw the electoral evidence to back it up. But there isn’t any. I can’t think of one young politico—not one single one—who is seriously challenging the old order or the older politics in Northern Ireland. Here we are, fourteen years after the Good Friday Agreement got the stamp of approval from the electorate in the biggest ever turnout and not one ‘new’ party has emerged. What happened to the 150,000 voters who came out in that referendum in 1998, having not bothered to vote for years before that?

Joining a political party means taking a stand and taking a stand involves a willingness to both criticise and be criticised. I get the impression that very few of the Facebook and Twitter generation (with their determination to be ‘liked’ and accumulate ‘followers’) actually want to either take or defend difficult and unpopular decisions. They don’t want to run the risk of being ‘trended’ for making a mistake, let alone being hounded or ridiculed on You Tube.

The other difficulty is—and it goes back to what I was asking earlier—that if you start a new party in Northern Ireland how do you deal with the constitutional question and, more importantly, how do you encourage a ‘shared future’ platform which doesn’t come across as tokenistic and naive?  What, in fact, is your unique selling point?

Back in 1998—when I was a member of the Ulster Unionist Party—I supported the Good Friday Agreement: albeit with huge reservations. It wasn’t because I was some sort of happy-clappy peacenik who believed that Utopia beckoned. But I did believe that one of the consequences of an all-party agreement (against a background in which the terrorist groups would have vanished) would be the encouragement of new parties and a new way of ‘doing’ politics. And I also believed that we would, finally, be able to erode the sectarianism which had underpinned our way of life for far too long.

Yet here we are in 2012 and our political institutions seem as shackled to sectarian headcounts as ever, while it sometimes looks like we are actually more polarised than we were! I have written before of my concerns that ‘genuine reconciliation’ will be impossible against such a background: because for so long as the political/legislative agenda is determined by the competing needs of the pro-Union/anti-Union power blocs, then for so long will it remain extraordinarily difficult (perhaps, as I say, impossible) to move forward to an undeniably ‘new’ Northern Ireland.

Is there an escape route from our present straitjacket? Maybe, just maybe, there is. But it cannot be led by the existing mainstream parties; for each and every one of them is a ‘conflict’ party and they all bring their baggage and prejudice with them. And nor can it happen if the non-voters remain deprived of an electoral vehicle which meets their hopes and needs: or if those who aren’t happy with the same-old, same-old refuse to create those vehicles.

Yes, there would be huge difficulties in setting up a new party, yet it seems to me that there is a very considerable potential vote up for grabs: greater than the present Alliance vote and possibly greater than even the present UUP or SDLP vote.

History has a simple message: if you want change then you can’t sit around and wait for the status quo to change of its own accord. To echo Barack Obama—“Be the change you want to see.” That means that the next generation—or at least an element of it—must adopt what I have described as The Field of Dreams option: “Build it and they will come.”

So here’s my challenge for the next generation: if you want the political institutions and parties that will package, promote and deliver the change and hope that seemed possible in the spring of 1998, then get off your backsides and do something about it. Staying at home on polling day is always an option, of course, but don’t complain if, by doing nothing, Northern Ireland doesn’t change and history keeps on repeating itself here. Also, if you don’t make the changes yourselves, then don’t be surprised when cynics like me continue to tell you that, deep down, nothing has really changed in Northern Ireland!

Social share:
Previous ArticleCaravaggio then and now through eyes of Northern Ireland journalist Walter Ellis
Next Article GAA Podcast – ‘To the Point’ (Episode 6)