You are at:Home»News & Current Affairs»There are darker secrets in Catholic Church vaults yet to emerge
Social share: 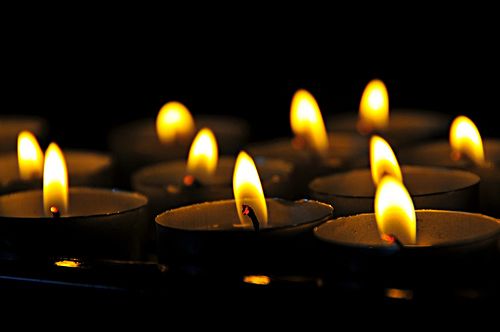 Senior figures in the Catholic Church buoyed up by the constancy of Vatican support for Cardinal Sean Brady are rallying to the embattled prelate. Rome did the same for Boston’s Cardinal Bernard Law but…

In challenging the ethics of anyone or any institution a good starting point is oneself. The French on this issue have ‘les mots justes’ “spleen et idéal.” Poet Charles Baudelaire portrays this ever present struggle in man between ‘good and evil’ in ‘Les Fleurs du Mal.” This is the ongoing battle in choosing between ‘beauty and ugliness’ or more appropriately ‘good and evil.’

We, particularly men are hard wired for good and evil. The struggle between good and evil is an endless one. Few escape this challenge. Priests, bishops, cardinals and popes are not exempt. Last Sunday week, against the backdrop of the current scandal engulfing the Catholic Church, Fr Eddie O Donnell of St Brigid’s Parish Church in south Belfast said: “as in the sphere of all human existence, we encounter in the priesthood both nobility and wretchedness.”

“For some of us see Jesus plain

And never once look back again,

And some of us have seen and known

And turned and gone away alone,

But most of us turn slow to see

The figure hanging on a tree

And stumble on and blindly grope

God grant before we die we all

May see the light as did St. Paul.”

Betjeman speaks for many of us brought up with Christianity as a moral compass when he writes: ‘and stumble on and blindly grope Upheld by intermittent hope.’

In the particular we are talking about the loss of trust in Catholic Church leaders at every level. Former priest Denis Bradley speaking on Radio Ulster shrewdly underscored the difference between ‘faith and belief in God and an after life’ and losing one’s ‘trust’ in ‘earthly church leaders’ like Cardinal Sean Brady and the Norbertine Order, of which child abuser Fr Brendan Smyth was a member.

In wake of the various reports into child abuse in the many dioceses the leadership of the Catholic Church started to begin to believe, with new monitoring structures in place the opportunities for molestation of children had been dramatically reduced but just as the spectre of the past on the back of Northern Ireland’s Troubles will not go away because victims are still hurting mercilessly, neither will the past abuses and cover ups by the Catholic Church fade away, again because victims are still hurting mercilessly.

Fr Brendan Smyth wreaked havoc on children for decades while alive. He is still wreaking havoc from beyond the grave with Cardinal Brady the highest profile cleric left paralysed in the same way as US Cardinal Bernard Law whom I interviewed when he came to Northern Ireland. The Vatican stood stoutly behind him but he had to go reaching the conclusion that all trust in him had gone. He was viewed to have been part of a cover up in his Boston dioceses.

How far can one go with such a probe? Who was not involved in one cover-up or another? If the charge by Fr Brian D’Arcy is accurate and the Vatican and Church are trying to stifle him for posing challenging questions where does this lead? Is it a matter of silencing any voice which dares speak out or speaks the truth? Isn’t the silence on the further charges against Cardinal Brady deafening within the priesthood and the Catholic Church hierarchy with the exception of Professor Vincent Twomey and Dr Diarmuid Martin who is calling for an international independent commission into the whole Brendan Smyth scandal. If that is the extent of any Commission’s investigation forget it. What of all the other dark corners which have yet to be hoovered?

Over the week-end Bishop Dónal McKeown loosed off a few salvos at the media, politicians and anyone who dared challenge  the integrity of Cardinal Sean Brady to continue to lead the Irish Church. Presume that Cardinal Brady’s conscience is absolutely clear over the rôle he played in being party to the investigation into allegations against Fr Brendan Smyth, does that now mean that the greater good of the Catholic Church should be subjugated to a decision which in today’s experience is reprehensible? Surely the greater good of today’s Church ought to be the priority rather than the status of any individual believing that he acting morally over thirty years ago.

Are Cardinal Brady’s bishop colleagues now recoursing to ‘whataboutery’ while asking legitimate questions of the collective guilt around the Troubles…are they now seeking now to shift the culpability of the Catholic Church’s collective leadership to the broader community to make everyone feel or share part of the guilt over abdication by the Catholic Church historically?

Has the time come to revisit the removal of Fr Gerry McGinnity as Dean of Maynooth because he reportedly acted as a whistleblower in writing to the then Papal Nuncio arising from alleged complaints by clerical students against the then president of Maynooth Monsignor Ledwith?

Ledwith, reportedly unexpectedly resigned his post as president in 1994. What rôle did the late Cardinal Tomás O Fiaich, the late Cardinal Cahal Daly, Bishop Eamonn Casey and other members of the Catholic Church hierarchy play in that church drama? If what Father McGinnity says is true, who ultimately banished him from these shores to Rome for a time?

What secrets did the above named, in many cases revered, bring to their graves? One bishop’s Secretary told me “when I handed a report to my bishop, it would never have occurred to me to report those finding to the police. Not at all.” That was not in 1975 I can assure you. Deference is and was the culture and curse of the day.

There are precedents in our recent history to show change of personnel politically can realise significant shifts in situations. Had former Prime Minister John Major remained in office for another term it is unlikely Northern Ireland would have realised a peace settlement. The arrival of a new government with a huge majority afforded Tony Blair real scope to move towards a settlement with Sinn Féin and Unionism in the Good Friday Agreement.

How is the Norbertine Order getting away with the trail of damage rendered by Fr Brendan Smyth? Why did Kilmore bishop Francis McKiernan for whom Fr John B Brady worked as part time Secretary restore his ‘faculties’ (right to hear confession and to offer mass openly) ten years after the investigation in which Fr Brady had been involved? Was there a deal? What was the deal? It was not in the interest of the children whom Smyth continued to abuse for another decade.

Social share:
Previous ArticleWill Assembly sittings end up one day a week?
Next Article Is the current leadership of the Catholic Church losing the run of itself?