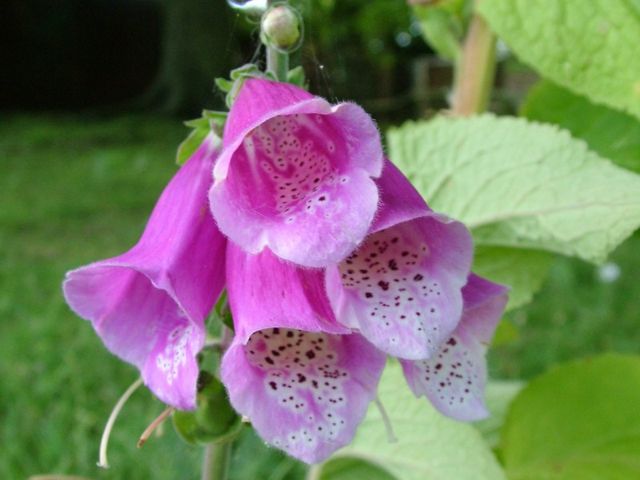 Family Practice can be a challenging occupation. Ninety per cent of the work is routine but it’s the other ten per cent that can demand all the skill and experience in the bag. Many years ago, one of my patients, Mr X, presented with a very unusual symptom – everything he saw appeared to be yellow. Even though he knew that he had painted the wall of his lounge white, it now appeared to be yellow. He had been sent to a psychiatrist by my partner, but protested to me that he was not mad and indeed the psychiatrist had been unable to establish a diagnosis.

I remembered having seen another patient years before this with the same complaint but he had been taking Digoxin for a heart condition and yellow vision was known to be a rare side effect of high blood levels of the drug.

However, Mr X denied taking Digoxin or any other medication. In any case, I ordered a blood profile which also included a digoxin level. To my total surprise this blood level was recorded by the laboratory as high. Mr X was recalled and advised that inexplicably the drug level was not only recorded as positive, but was high. Again he denied taking any medication and we agreed that this must simply represent a laboratory error. Nevertheless I insisted on repeating the test and directed him to another laboratory. The Digoxin level was higher.

Digoxin is a prescription – only drug and toxic levels can lead to very serious cardiac abnormalities, often fatal. It is derived from the Foxglove plant. Mr X’s father had died of Heart Failure the previous year and Digoxin was probably on his list of prescription medications. His wife was a registered nurse and he admitted that his marriage was “stormy”.

His mother was demented but still managed to live on her own – he visited her frequently and they often ate dinner together. Her primary hobby was gardening and growing vegetables. All her salads came from her own garden. However sometimes Mr X found strange things in the salad, which he attributed to her failing mental state. There were lots of Foxglove plants growing wild in her garden.

I called an urgent meeting of the family which included Mr X, his wife, and his mother. I read out the laboratory results and explained the very serious nature of the findings. Perhaps the toxic drug level could be explained by accidentally eating Foxglove in the salads. I went on to say that it would be unimaginable for me to believe that someone was feeding Digoxin deliberately to Mr X because that would be attempted homicide and furthermore I had been assured that Mr X was not taking the drug himself since that would be suicidal.

I then advised the family that the test would be repeated in three days, and that if the blood level did not fall, then he would be admitted to hospital and that I would have to inform the police. By the end of the week, the digoxin level was falling and within a month his blood was clear. The yellow vision also cleared up shortly thereafter.

A month later I received a letter from another doctor requesting that I forward Mr X’s files since he had decided to change doctors! I never did figure out the source of the poisoning but at least it all ended well.

Michael was born in Belfast and graduated in medicine from Queen's University in 1974. He worked in the Royal Victoria Hospital Belfast between 1971 - 1974 and gained membership into the Royal College of Physicians Edinburgh in 1974. That same year Dr Goldberger and his wife emigrated to Vancouver, Canada - where he has worked in a family practice ever since. Michael served on the Editorial Board British Columbia Medical Journal from 1985 - 2002 and was certified in The Acupuncture Foundation of Canada in 1996. He was a Staff Physician and member of The Board of Directors of the Institute for the Study and Treatment of Pain, Vancouver 1996 - 2000. Dr Goldberger has been happily married to Joanne, also a Belfast native, for 30 years. His hobbies include collecting Irish and Canadian art, tennis, golf and gardening.