You are at:Home»News & Current Affairs»Is the current leadership of the Catholic Church losing the run of itself?
Social share: 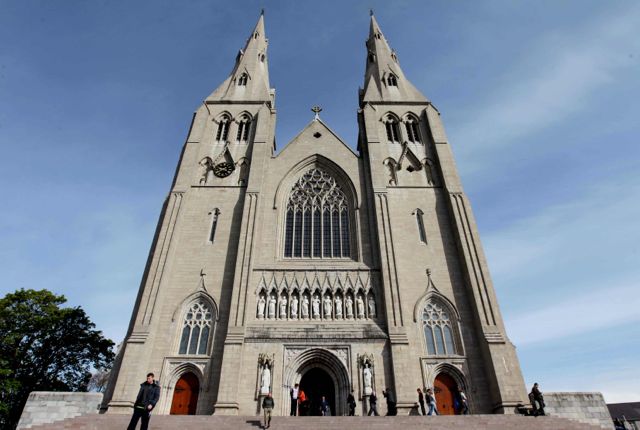 Presume for a moment that Cardinal Sean Brady’s conscience is absolutely clear about the rôle he performed in the investigation into the allegations against Fr Brendan Smyth by 14 year old Brendan Boland.

Consider too that the interview with Brendan Boland took place in 1975 and this is 2012. We are talking about two different eras, the latter being an era which demands transparency and openness.

Given the crisis obtaining in the Catholic Church and the acute lack of trust in its leadership surely there is a bigger issue at stake than the pride of a ‘wounded healer’ and a man who is adamant he is totally innocent?

Members of the Catholic Church, particularly mothers and women are disgusted at the line of questioning, in which Brendan Boland claims the priests involved themselves during his interview back in 1975.

Many people are asking “what was going on in the minds of these priests putting such invasive questions to this young boy?” Seeking pledges of silence, failing to ask questions about follow-up action are all compounding the sense of hopelessness in people’s heads. Against this backdrop a question has to be directed at two parties.

This thought is directed firstly at Cardinal Brady whom I always find to be humble, prayerful and modest in any professional dealings I have with him. Even if he is totally innocent of any charge, has he not a responsibility to the well being of his church regardless of his personal feelings and pride, a church which he must know feels rudderless and confused, with a very embarrassed congregation?

The second party I have in mind are those priests, bishops, cardinals and the Pope all rallying to Dr Brady. One has to be mindful, the Catholic Church did not place the facts of child abuse in the public domain. In fact the church buried the facts and scuttled priests from parish to parish and even abroad to erase any stench.

There is something admirable when one stands up to defend someone feeling wronged. Bishop Dónal McKeown may well fall into this bracket however ill-advised he is in speaking of a ‘media frenzy.’

The Catholic Church’s well being is not about its leaders and wounded pride. It is about its members having a collective trust in that leadership, particularly where children are entrusted to those leaders for focus and direction. Why can Cardinal Brady not see this? Why can those bishops, cardinals and even the Pope not see this?