You are at:Home»News & Current Affairs»Opinion»‘And I shall have some peace there, for peace comes dropping slow’
Social share: 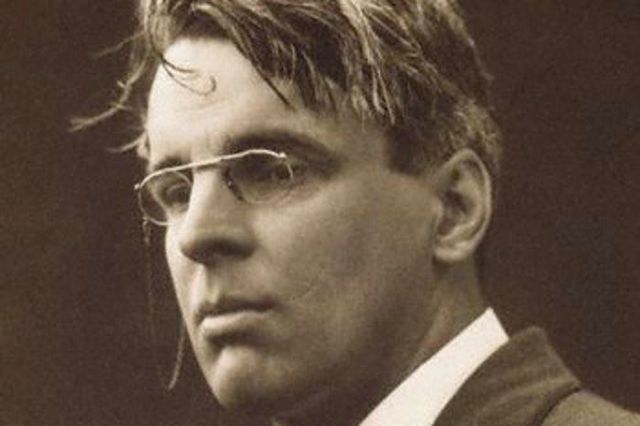 The weekend confirmation by Martin McGuinness that serious Protestants from various sections of the community are already involved in the ‘uncomfortable conversations’ on ‘reconciliation’ has empowered many people to go public.

If any Unionist wants to read a well presented logical argument for being part of those ‘uncomfortable conversations’ then read the words of Rev Lesley Carroll, a Presbyterian Minister from North Belfast.

She makes the case cooly and cogently challenging the philosophy informing the thinking of republicans like Declan Kearney. She writes:

“When it comes to this question about reconciliation and about whether or not Sinn Fein and their cohorts can be trusted I think there is a misconception about the meaning of reconciliation, or perhaps it might be better to say that there are different understandings of how reconciliation works out. So maybe there needs to be some unpacking of that notion done.

Alex Kane’s determination that he would be uncomfortable at the table suggests that everyone else is comfortable. That is, quite simply, not the case. In fact for me the very reason to be at the table is my discomfort.

Reconciliation is a journey, taken in bits and pieces. It is never a matter of one side in the process having got it all right before they started and entering a process in which others will be enticed over to the other side.

For it to be real reconciliation has to be a process to which people sign up in the knowledge that they have hard things to say – but also that there will be hard things to hear. So reconciliation is not an easy way out of the difficulties we are in as we reach a sticking point on the big issues, the smaller ones having been tediously but resolutely cleared away.

We will be in trouble politically if we do not address the big issues – the war and why it happened; the mayhem that we lived through and who did what that they shouldn’t have done; the dehumanising of each other; the torture, murder and corruption that was embarked on within communities never mind between them.

To those broad sweep issues, and there are of course many more, we have to say things like – Finucane; collusion; Stevens; settlement and majority decision. We have to be prepared for the time when we hold our hands up, each and all of us, and say that we have done things we should not have done and we have left undone things we should have done.

All of that happens at the table, not before we ever get there. So we need to be sure what is meant here by reconciliation. What I mean by it is that I want to tell others why it is they need to be reconciled to me – what they have done to break a relationship, what they have done to me, to my loved ones, to the community into which I was born, to my life and hopes and dreams.

But more than this. I have to sit and hear why I need to be reconciled to others – what my community did to them, why they felt they had to do what they did, how they justify it to themselves and cast me in a certain light to do it. Then, I suspect, that we will together have to face what has happened in our name that we never intended.

We will have to face the collapse of relationships that led to all kinds of immorality which was easily justified as part of the cause either of the war or as resistance to the terrorist threat. War is dirty and it makes a society dirty too. There is no innocence but equally there have been outrageous acts of inhumanity which some have carried out and which others have been struck dumb by.

We aren’t all equally bad. But no one of us is entirely clean either. The process of reconciliation will need all of that to be aired one way or another. It may not all be resolved but then that’s also part of the process. Each will have to be prepared to listen and to modify and to take on board. And we will have to attempt to construct a way out of it.

We will have to deal with what we can and decide what to do about the things we can’t deal with – record our history of those things and park them for a future generation or whatever. But a way out will have to be found and from time to time we will have to turn away from one another in the hope that a way will be found for us to turn back.

If that’s not what Sinn Fein mean then we will only know when we try it out and it may be that another opportunity to try it out won’t come our way again for a very long time. So I believe that Unionists need to deal with this by standing up and being counted, by speaking out and telling, by being big enough to listen and to argue and debate.

I believe this doesn’t mean giving it all away. I also believe that non-engagement is giving it away. So far Sinn Fein have got themselves up onto the high moral ground. So far they have only a few lightweights around them. And I don’t use lightweights pejoratively because the conversation is far from light-weight.

I mean that there need to be people with a political mandate there and if the unionist people haven’t mandated their leadership to get out and tell how it has been for the unionist community then I am not sure what they have been mandated to do.

I am convinced that Republicans have opened a door but if no one goes in they will have the high moral ground to themselves and that would be a pointless victory for them and an own goal for unionism. But somehow unionist leaders still need to be liberated to get involved and I am not sure how that is going to happen. Maybe it is the case that all Sinn Fein are interested in is their political goal but if there’s no real, relational resistance what are they to believe? What are they to believe about unionists and the Union?”

In writing the above Rev Lesley Carroll is challenging the Unionist community and it is for this reason that we are rightly focussing on what she is saying.

There is something unique about this current debate ‘uncomfortable conversations.’ It has started on the ground and is gathering momentum on the ground. This whole discussion ought to eventually fan out into major areas of debate on issues like education and help for lost communities, communities being left behind educationally.

Unionism alone should not be challenged. What of the unchristian behaviour of “ourselves alone” catholic grammar schools which for reasons of history are defiantly clinging to an elitist selective process.

Do those promoters of selectivity care at all about the fate of so many young Protestants, particularly boys, for whom physical barriers are erected to stop their gaining access to well financed and resourced schools right on their doorsteps?

How many of these so called catholic/christian leaders are throwing their doors open to the untapped talent of the children of their Protestant neighbours?

This is why voices like that of Rev Carroll are so critical because people like her, are of the people, and fearlessly think the unthinkable and ask the unpalatable questions with the right intentions.

Social share:
Previous ArticleCover broken on underground cross community reconciliation talks
Next Article “They couldn’t bomb unionists out of Northern Ireland…now they want to ‘love’ them out”