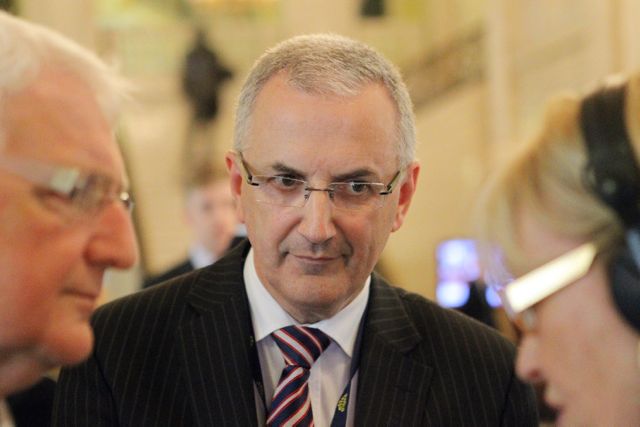 Eamonnmallie.com has learned Danny Kennedy reversed his decision to run for the leadership of the Ulster Unionist Party when he was told “you are same old, same old” by members upon whom he thought he could depend.

In an exclusive interview Kennedy revealed to me he only found out his party leader Tom Elliott was quitting when he phoned him to ask him about rumours which had reached him that he might be walking away. “It was only then he told me he was stepping down.” Thirty minutes later Elliott put out a statement announcing his resignation.

The following Sunday, March 11 after consulting with his wife and family, Kennedy decided privately to throw his hat in the ring for the leadership. He moved immediately over the next four days to secure the requisite support  for nomination.

Having bagged the necessary number of signatures from the appropriate number of associations Danny Kennedy said: “I started to get a sense that people wanted change. People upon whom I thought I could depend, people like Danny Kinahan started to tell me straight, ‘we don’t want same old, same old’ and I was seen as that. I decided at that point not to put my name forward.”

The DRD minister has confirmed, unlike Tom Elliott he voted for Mike Nesbitt in the leadership  contest and not for John McCallister. The Newry Armagh Assembly man added “Tom Elliott is a lovely fellow, dead straight and very decent. He was treated very badly and felt he couldn’t get anywhere as leader.”

New leader Mike Nesbitt has left Mr Kennedy in his current ministerial post at DRD. Mr. Nesbitt plans to keep him there for another year. Jo-Anne Dobson has been appointed Kennedy’s new APS (disaffectionately known in the business as ‘bag carrier’).

Is this a staging post for bigger things? With speculation about the future of European MP Jim Nicholson, will the Banbridge lady be the party’s standard bearer in the next European election?

Social share:
Previous ArticleHain sailing too close to wind?
Next Article Where will the newspaper industry be in twenty years time?