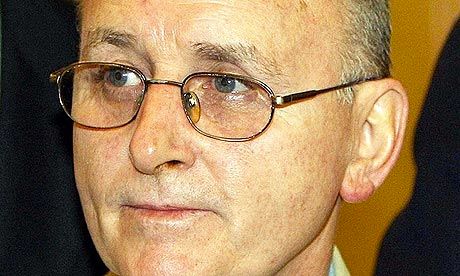 When we search inside the places of intelligence we are not meant to find all the jigsaw pieces.

The most we ever see is just some of the picture and, when you explore this world, there is no such thing as a perfect reporting record – no matter how good your sources.

Take the story of Denis Donaldson – his arrest as part of the ‘Stormontgate’ investigation into suspected republican intelligence-gathering, then the revelation that he was a British Agent and then, months later, his killing.

Six years on from that shooting, his family have many questions – the answers to which are hidden behind the curtain of national security.

In recent days Denis Donaldson’s daughter Jane wrote to the Irish Times ahead of a scheduled pre-inquest hearing in Donegal.

“It is my family’s sincere hope that we shall be permitted to proceed unhindered with an Article 2 compliant inquest of the standard required to ensure disclosure from state agencies – North and South – of all the facts surrounding the murder of Denis Donaldson,” she wrote.

The family believe that the Special Branch “holds vital information about his earlier exposure [as an agent]and subsequent murder”, and it is the disclosure of that “full knowledge” that they are seeking.

These things become protracted legal battles – trying to fight your way inside those protected and secret places of intelligence; trying to look and see behind the curtain.

I have been reporting the ‘Stormontgate’ case since 2002, for almost ten years; reporting that put me in conflict with the IRA and Sinn Fein, prompted MI5 to suggest that “an Official Secrets Act breach may have occurred”, and then came letters from the Treasury Solicitors, acting, I was told, on behalf of Her Majesty’s Government, seeking “pre-publication access” to the manuscript of a book I was writing.

I refused their request.

In the developments of this story, the Stormont Executive collapsed, a senior Special Branch officer left his post early, later describing it as a “forced retirement” in which he felt “humiliated, degraded, embarrassed and betrayed”, and, as this case spilled out and spilled over, Denis Donaldson was murdered.

So, there have been political, policing and human costs.

The Donaldson shooting was in April 2006, and still his family are trying to join up the information dots – trying to separate fact from fiction.

This week Jane Donaldson wrote that they have had to “tolerate many untrue, misleading and distressing publications”.

What I am going to outline here, is the story as I understand it – within which, I accept, there is missing detail.

I did not know that Denis Donaldson was an agent before the public statements made by him and Sinn Fein on December 16 2005.

Eight days earlier the so-called ‘Stormontgate’ intelligence-gathering case collapsed when the last of the remaining charges against three men including Donaldson and his son-in-law Ciaran Kearney were withdrawn.

For three years before this I had been reporting on a Special Branch/MI5 operation codenamed Torsion.

Its hidden detail of covert activities became a disclosure battle within the case, and my reporting of some of that detail is what prompted the British Security Service to suggest “an Official Secrets Act breach may have occurred”.

‘Stormontgate’ is a story of political intelligence gathering linked to republicans in which it is alleged that the Northern Ireland Office was penetrated.

It emerged publicly in a day of arrests and searches in October 2002, but to try to join up the dots you have to go back several months to March of that year and a break-in at Special Branch offices at Castlereagh in Belfast.

Intelligence documents were stolen; agent codenames, handlers’ names, an alphabetical list of Special Branch officers and their telephone numbers, plus a log of “addresses of interest”, which comprised a list of the homes of many republicans and loyalists.

At first it looked like an inside job, but then it was presented as an IRA “act of war”.

It is in this comment that you find the context for what became Operation Torsion.

The Special Branch believed the IRA had stolen some of its secrets; it was a humiliating security breach and Torsion was about returning the serve; it was to be revenge for Castlereagh.

As explained to me, the republicans targets in this operation were Bobby Storey suspected of being the IRA director of intelligence and two brothers.

The Special Branch starting point is information supplied to them that pointed to republican intelligence-gathering including inside the Northern Ireland Office.

That information was supplied by a CHIS (Covert Human Intelligence Source) once described to me as operating “deep inside the IRA”.

A more accurate description came later; that the source had given Special Branch “access to the heart of the IRA intelligence-gathering operation” – had taken them “in deep”.

The CHIS was not Denis Donaldson, is not a significant republican figure, but his motivation was said to be a falling out with a senior republican over money.

Torsion – as an intelligence operation – was running for months, in between the Castlereagh break-in and the ‘Stormontgate’ arrests in October 2002.

The first hint I got that an informer was involved was in a conversation with a Special Branch officer on October 10 2002 – just days after the arrests.

He described an “intelligence-led operation”, and when I asked over what period, he responded:

“I put a source in danger by telling you the timescale.”

Eleven days later on October 21, I raised this suggestion of a ‘source’ with another senior Special Branch officer.

His response was: “You’re right in what you say, but you could put somebody’s life in danger.”

On that same evening, at a political/media dinner, I was told that then Secretary of State John Reid had become aware of the police/intelligence operation in the “first half” of 2002, and had told Prime Minister Tony Blair in September.

Months earlier, the CHIS/informer had pointed the Special Branch to a house – to the home of a sportsman in west Belfast where documents and a laptop were being kept; the information that was at the heart of the ‘Stormontgate’ case.

The sportsman has never been publicly identified. I have been told who he is, the sport in which he competes and the level of competition.

Unknown to him, his home became the target of a bugging and surveillance operation as part of the monitoring of the documents and laptop. His was what is described as a “safe house”, but it had been completely compromised.

I was told intelligence officers joined his club, that unknown to the sportsman they were “baby-sitting” him, knowing his training and racing plans, and for how long he would be away from his home.

And, when he was away, the Special Branch was inside his house using “alternative means of entry”.

They removed the documents for a short time, photocopied them at Police Headquarters at Brooklyn and then returned them. The laptop was also bugged.

So, for months before any arrests the extent of suspected republican intelligence-gathering was known at the very highest levels of politics and policing.

There were no shocks in the documents eventually seized in that arrest operation on October 4 2002.

By then they were in Denis Donaldson’s house, but I am told only for a very short period of time.

They had long before been compromised.

After arrests, this case played out for three years before collapsing when charges were withdrawn.

That was on December 8 2005, and then, eight days later on December 16, came Denis Donaldson’s dramatic public confession that he had been a British agent.

I now know that he was, but not the agent at the heart of the ‘Stormontgate’ case.

In a BBC interview at the time, I said: “My understanding is that the information that Special Branch had on that alleged intelligence gathering operation inside the Northern Ireland Office came from another source – not from Denis Donaldson and not from anyone else charged in connection with that case.”

I still believe this to be correct.

Denis Donaldson said something else on December 16 2005, that two days before his arrest in October 2002 he had contact with Special Branch.

I was able to confirm this with an intelligence source in a conversation on December 15 2006 – a source who explained the nature of the contact.

He confirmed again that for months they had been sitting on the documents, while they were being kept elsewhere – “waiting for Bobby (Storey)”.

That is who they really wanted to walk into their intelligence net – wanted as their revenge for Castlereagh.

But it did not happen.

The intelligence source explained Operation Torsion was being run by a Special Branch officer – “big Sam P” (surname removed), and explained why Donaldson was met before his arrest.

“He was only met before the raid to give him a chance to come clean.

“That was his get out of jail card,” the source claimed.

But Donaldson said nothing.

Then, after the ‘Stormontgate’ case collapsed, the Special Branch and police were back in contact with him, advising him that he was about to be revealed in the media as an informer.

A source who spoke to me said he believed this intervention was “designed to put Denis on the run”.

I do not believe that any journalist had that information, because if they had, they would have screamed it from the rooftops after his public confession.

He was not about to be revealed in the media. For some reason he did that himself.

Months later – in April 2006 – Denis Donaldson was dead, shot while staying at a cottage in Donegal, and all these years later there are more questions than answers.

How he was exposed, and why he was exposed as an agent those few months earlier are just some of the questions in this complex case.

One source who spoke to me suggested it was because of a “lack of document security” – and explained where he thought this had happened.

I don’t know if he is right. So, I won’t go into any more detail here.

The intelligence world is constructed in a type of spaghetti junction way designed to confuse; to lose us in complex webs; to hide and bury information.

And in its search for answers, this is the maze the Donaldson family is entering – the hiding place of those who practiced in what is often described as the dirty war.

In the period of the past ten years I’ve written and spoken thousands of words on this case, and some of the developments I have reported have been misreported by others, including a meeting at the BBC on November 12 2002 involving the senior Special Branch officer Bill Lowry who retired early from his post.

It has been reported as a briefing, when in fact it was a meeting to discuss concerns the police had in relation to the safety of a CHIS.

Inside an unpublished report by the Police Ombudsman the purpose is described as follows: “…to negotiate three pieces of information they [the police]did not want published”.

Nothing was removed from my reports that evening – reports which, for the first time, revealed Operation Torsion.

Denis Donaldson was not a major IRA informer or agent: “We just couldn’t get military stuff out of him,” a senior intelligence source told me.

The Special Branch also accepted that inside Sinn Fein: “He wasn’t part of the Adams kitchen cabinet.”

But they believed “he was close to it” and that that was his intelligence worth.

The biggest questions in his case relate to December 2005 when he was outed as an agent, and then April 2006 when he was murdered.

They are searching for answers in places and from people who don’t like to speak.