You are at:Home»News & Current Affairs»Opinion»“She was fine when she left here” – Dispelling the Titanic myth
Social share: 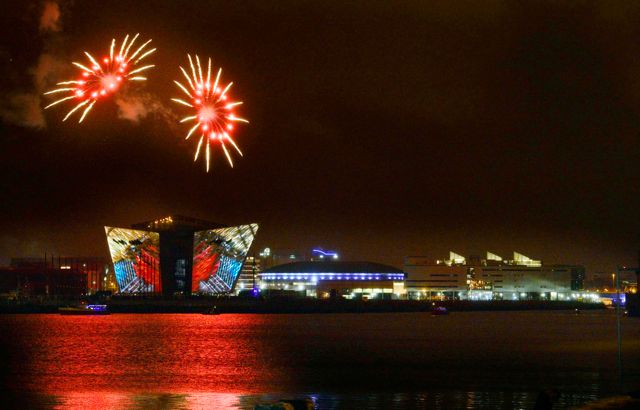 To those who dare to point out to the people of Belfast that the Titanic was a ship that sank and little more, there is a standard refrain: “She was fine when she left here.”

But there are some conspiracy theorists who propagate the argument that it was cost-cutting at Harland & Wolff that led to the ship’s hull buckling so completely upon collision with the iceberg, and ultimately to her sinking.

The theory goes that some of the rivets used in Titanic’s construction were cheaper and less reliable than others available at the time. I put this theory to Dr John Lynch, author of the new maritime dictionary Belfast Built Ships, and this is what he had to say:

“The origins of this claim can be found in an article published in Journal of Metals in January 1998, which suggested that the steel plating used in Titanic was more brittle than material produced to modern standards. Subsequently this has been developed further and it is now suggested that a large number of iron rather than steel rivets were deployed in the ship’s construction.

This was blamed on shortages of materials and skilled labour in British shipyards at this time, and a desire by J.P. Morgan, who through International Mercantile Marine controlled White Star Line, to save money. In reality most observers, including the authors of the original article, note that the steel used was the best quality available at the time and that comparison to modern products is potentially misleading.

The question of deliberate cost cutting is more worrying. Why, however, despite the considerable influence of J.P. Morgan, should Harland and Wolff risk their reputation as shipbuilders in such a manner? White Star Line may have been important, but they were not the only customer. Could Harland and Wolff have afforded to compromise standards on such a prestigious vessel?

In addition there was no logical reason for Harland and Wolff to cut costs, Titanic was built on a ‘cost-plus’ system. All materials and labour expended during the construction of Titanic were separately accounted for, and the yard charged five per cent of the final figure as their profit. Not only would the shipyard have made no savings by using inferior materials, they would actually have cut their profit on the vessel.

If quality of construction in Belfast’s shipyards was adversely affected by labour and material shortages at this time then this would be evident among other contemporary ships. Of the nineteen other ships launched that year four were sunk during World War One, five in World War Two (aged 30 to 32 years), nine were broken up between 1933 and 1956 (aged 22 to 45 years), and one, Nomadic, is still in existence (it turned 100 on 25 May 2011). I would suggest that such longevity does not support the suggestion that shoddy workmanship was a feature of Belfast shipyards in 1911.”

Social share:
Previous ArticleAt last – A good report from the RVH – through the eyes of a stranger
Next Article Tom Elliott on his betrayal and his decision not to vote for his successor