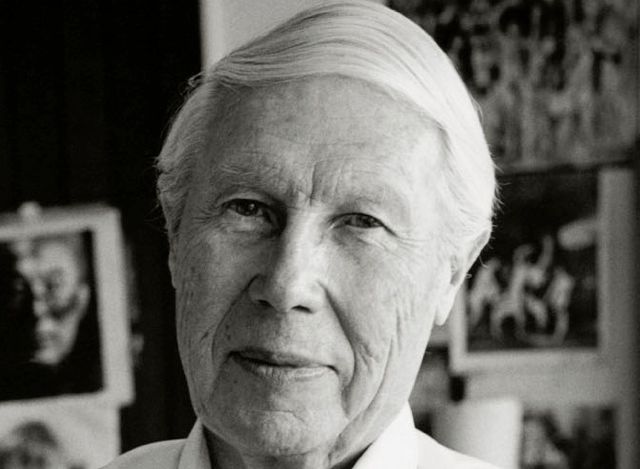 I only met Louis le Brocquy three or four times. His PR machine successfully managed to weave a web of mystique around him but any time I engaged him he was charming and very amenable. He was the closest person I encountered on this island as a French/Irish hybrid. That is not a criticism. He came across as a consummate European and that is fine by me.

I do recall talking to Mr le Brocquy about his portrait of Bono which hangs in the National Gallery. Somebody told me the U2 singer didn’t really like the painting. That is not unusual for a subject. Basil Blackshaw did a portrait of myself. It is most unflattering but what a painting. No compromise.

I really like Bono’s portrait. When I saw it for the first time I was struck by one feature immediately, a feeling that I was looking at a multiple of images. I interpreted that as Le Brocquy’s acknowledgement of the many sides to Bono. There was a manifest vibrancy in the work. Critically, the Bono portrait was not that well received. Was that because of Le Brocquy’s integrity in interpreting the sitter? He didn’t lean on the rock singer’s readily identifiable pop prop of dark glasses and shock of black hair. 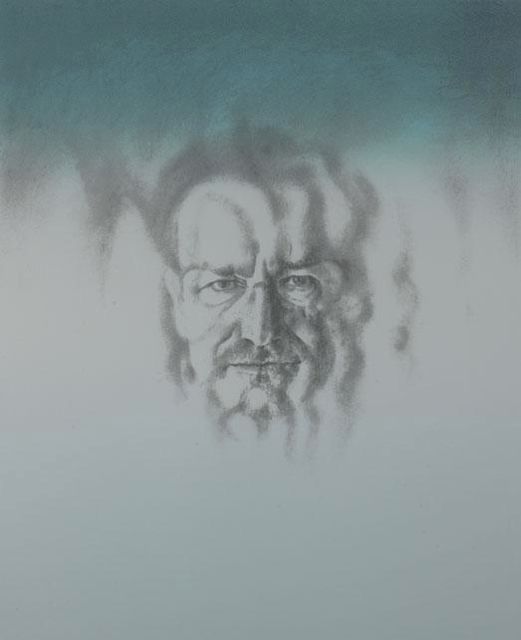 Le Brocquy gave us the ‘otherness’ of Bono. I had the good fortune to discuss the portrait with him. He explained, without pomp or ceremony, why he treated the portrait accordingly: he told me he was at one of U2’s concerts and was so struck by a young man standing in front of him singing his heart out. He said it seemed to him that there was a direct connection between him and Bono. He said it was as if there were currents passing between them. He told me that is what he was trying to achieve in the painting.

One spoke, in close to hushed tones, or reverentially about Le Brocquy. To some in the Dublin art world the Kenilworth born painter had assumed a deity status. This was a lot of nonsense.

He was a wonderful draughtsman. That is not in dispute. He was truly European and under the influence of other European thinkers, he preoccupied himself with ‘la condition humaine’ – man’s fate – in a post war sense where one felt ‘isolated.’ This philosophy was assumed by many writers and painters of the post war era, among them Malraux, Sartre, Beckett, Bacon etc.

One has to say Le Brocquy must have ploughed a lonely furrow for many years artistically. That to which he dedicated much of his painting life was not flavour of the month.

The big question is: how original was he? What has he contributed to art? Did he turn a page in Irish or European art? He knew and mingled with Bacon and Freud according to received information – that did not make him a Bacon or a Freud.

Le Brocquy quite often, like many other painters burgled the world bank of art. This was very evident when in 1954 he painted ‘Children in a Wood,’ inspired by a painting by the 17th-Century Dutch artist Nicolaes Maes.

In 1962 he painted another work of children, ‘Procession with Lilies.’ These two images inspired a further series of work in the 1980s and 1990s. These were more uplifting and lyrical than his earlier isolated figures.

Le Brocquy, like Northern painter Colin Middleton was incapable of shoddy or less than excellent draughtsmanship – but that didn’t make him a towering artist. His obsession with ‘heads’ for years, even farcically journeying back all those centuries to meet an elusive guy called William Shakespeare may have diminished his standing.

‘Procession with Lilies,’ ‘Fantail Pigeons’ and some of his fruit paintings are simply divine but Le Brocquy didn’t leave behind him a body of work sought by the world’s leading museums. 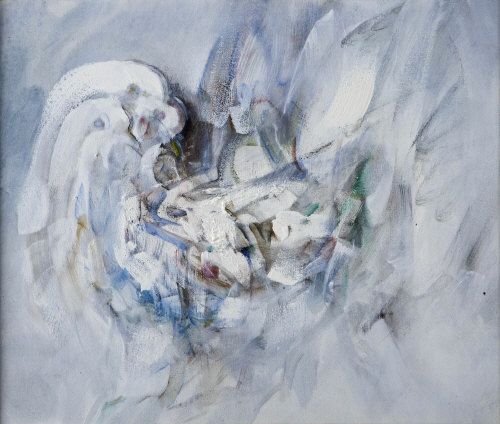