You are at:Home»News & Current Affairs»Parishioners all over this island ought to act as Fr Brian D’Arcy’s Attorney General
Social share: 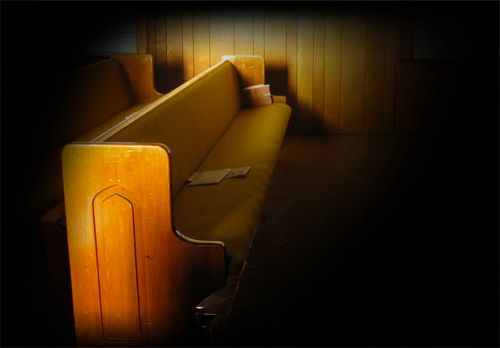 I don’t know Fr Brian D’Arcy any more than many of you. He comes across as a compassionate man. He has a ready facility for dealing with the media, even if a little too ready. I often think priests are given to attention seeking and in a sense I understand that, because essentially they have no one by their side to show real appreciation for them when they switch out the light at night.

What distinguishes Fr D’Arcy, purely informed by what I see and hear in the media, is his courage. He put his head above the parapet on RTE and in his writings when scarcely another clergyman could be found in the country to comment on the child abuse scandal. The community was shocked and rudderless. Where were the monsignors, bishops et al? Nowhere to be found. That is why I admire Fr D’Arcy. He stood up and was counted. He shared the anguish of parents of children the length and breadth of this island. That was leadership.

If the hierarchy of the Catholic Church had earned and banked the respect of the laity through its leadership in literally cracking down on priest abusers and had been open and transparent, as opposed to covering up and shifting priests from place to place to ‘shift’ the problem, then one might be intolerant, as a member of that church, of any insubordination. Au contraire, the leadership of the Catholic Church has broadly abdicated its responsibility and has left the party faithful floundering.

In his presentation to the court Mr Larkin contended that criticism of a ‘corrupt’ judge can have a silver lining. He argued however that in Judge Girvan’s case any implication of wrongdoing would be a travesty. Larkin’s exposition in the case of the judiciary draws attention to the parallel structures of the Catholic Church in which confidence is everything.

The Attorney General said: “the system of civil and criminal justice in the United Kingdom depends vitally on public confidence in its administration. Public confidence is not to be equated with a blind or misplaced faith; to say of a corrupt judge that he is corrupt is an act likely to bring about an improvement in the administration of justice because it may lead to the exposure and removal of that judge.”

There is universal respect for Judge Girvan. He earned that respect through the independence and quality of his decision making as a judge. That is clearly why Attorney General John Larkin has taken a stand to defend the honour of Judge Girvan – believing Peter Hain has gratuitously wronged him.

The problem with a non democratic Catholic Church is, that there is no democratic machinery to have a rogue bishop or pope removed and the opinion of Fr Brian D’Arcy and members of the church stand for very little. There is effectively no Attorney General to represent you and me.

Should the Catholic Church hierarchy which has betrayed its members move to silence Fr Brian D’Arcy and other courageous priests who speak out, that will only serve to guarantee its erosion and relevance in the pews.

Scarcely anyone who studied Cardinal Sean Brady’s rôle in his act of deference to his bishop as a priest, in the Fr Brendan Smyth cases, supports his ongoing tenure as cardinal. I say this as someone who always finds Sean Brady humble and unpretentious but, I don’t live with the hurt and wounds inflicted by Father Brendan Smyth…