You are at:Home»News & Current Affairs»Hain sailing too close to wind?
Social share: 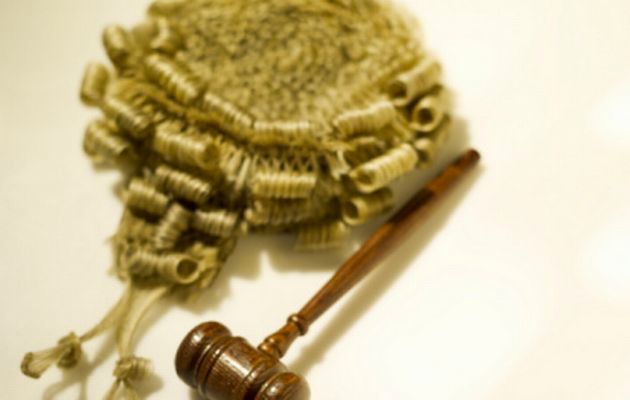 The intervention of Prime Minister David Cameron in a legal action against former Northern Ireland Secretary of State Peter Hain over controversial remarks in his biography about Judge Paul Girvan has opened up a fascinating vista. One wonders is this a case of Westminster bothers in arms?

AG John Larkin’s court submission claimed the remarks, concerning the appointment of Bertha MacDougall as interim victims’ commissioner, “constitute unwarranted abuse of a judge in his judicial capacity that undermines the administration of justice in this jurisdiction, and consequently constitute a contempt of court.”

Former Home Secretary David Blunkett made this case an issue at prime minister’s questions in the Commons. He  asked “Shouldn’t respect for the independence of the judiciary be balanced by the rights of individuals to fair comment on that judiciary?”

An all-party campaign is being launched, designed to protect the freedom of MPs to comment on judicial rulings.

The Northern Ireland attorney general, John Larkin, has been granted leave to prosecute Hain and Biteback Publishing over claims that a strongly worded passage in his memoir “undermines the administration of justice”.

David Cameron latched onto ‘the freedom of speech’ mantra, mindful, needless to say of this being a populist issue at a time in which he finds himself and his colleagues firefighting on all fronts.

“To me, this is part of life in a modern democracy and I think we should try to keep these things as far as possible out of the courts.”

In the wake of Peter Hain’s remarks about Lord Justice Girvan’s handling of the MacDougall case the lord chief justice, Sir Declan Morgan, described them as “potentially an assault on the wider independence of the judiciary”.

Peter Hain stood his ground and refused to back off and appeared to compound his criticism, triggering the legal action by Larkin. The case is listed for review by the divisional court in Belfast on 24 April.

The question is, did Peter Hain’s comments “create[s]without justification a real risk that public confidence will be undermined in the judiciary?”

Northern Ireland has been a legal cauldron for over thirty years on the back of the Troubles, including Diplock Courts (non jury), supergrass  cases backed up by a bank of emergency legislation, all designed to curb terrorism. There was scarcely a day when a judge wasn’t in the firing line not just verbally but physically.

One very experienced senior counsel was absolute in his contention that there were ‘no grounds’ to uphold the Attorney General’s decision to prosecute. He argued “I think it is inconceivable that Hain’s remarks would have, in any real sense diminished confidence in the judiciary, while at the same time profoundly deprecating his remarks which were totally unjustified.

“I don’t believe that public confidence in the judiciary would have been undermined by Hain. The judge had an option of course to take an action for libel but judges are not encouraged to take such actions.”