You are at:Home»News & Current Affairs»Opinion»Time to wake up and smell the tea!
Social share: 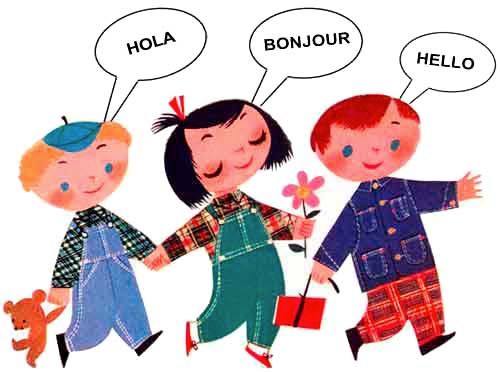 I have this recurring dream in my head. BMW chief executives hire a top marketing firm to devise a strategy for selling their cars in the Chinese market.

The firm does its job, the excellence of German engineering is brought out, the smoothness of the drive, the efficient design. A delegation is sent to China but when they get there no-one in China speaks German and none of the BMW people speak Chinese. None of them speak English either.

The BMW executives fly home with no deal, and the Chinese who met them drive home in their Japanese cars that they’ve been driving for years, because the Japanese had learnt Chinese.

Of course, when the Germans started targeting the Chinese market, they did their homework. Not only did many of their representatives speak English, but they employed experts in Chinese language and culture, too, many of them Germans trained in Germany and China.

The result is that when you drive from Beijing airport to the city centre today it seems as if every second car is a Mercedes, BMW, Audi or Volkswagen. You’ll even see a Porsche or two: Porsche cannot currently make the cars fast enough for the demand in China.

But then, the Germans have another thing going for them that the UK doesn’t:  they still have a significant high-quality manufacturing sector, something that was destroyed in the UK during the 11-year reign of the Blessed Maggie.

Manufacturing is the key wealth generator, we are often told, and there is some truth in that, though the creative and cultural industries are now way up there too when it comes to making money.

The STEM agenda, the belief that science, technology, engineering and maths are the key subjects that must be promoted in schools and universities, is the politicians’ and businessmen’s current cure for all our economic woes.

Produce lots of STEM graduates, so the theory goes, and we will become richer through increased manufacture, because companies will want to invest here.

Every time I hear the acronym STEM I feel a strong urge to ask some Belfast lads to give me access to some buried technology of a different kind.

Of course, the STEM subjects have their place in our schools, economy and society. That much is beyond dispute. But the “STEM agenda” is one-eyed. So much of it is about attracting foreign investment, so little of it is about encouraging home-grown manufacturing.

It’s as if just having STEM graduates will be enough, with no thought given to all the other things that are needed to make an economy strong: infrastructure, willingness to take risks and invest, international connections, understanding of people and markets elsewhere.

And that’s why the STEM subjects need fostering but the STEM agenda is already looking tired and worn. We need the pieces of the jigsaw put together, not half of them left in the box.

In Northern Ireland, according to the Times Higher Education, 51% of University places are for STEM subjects. That is before the addition of several hundred STEM places by DEL in the last few months, which will take NI past the current UK leader, Scotland, on 52%. The UK average is 47% and in England it’s just 44%.

We are busy creating a pool of science graduates almost all of whom are incapable of communicating in any language other than English. That’s great if you think that all of the investment will come from the English-speaking world (i.e. the United States) and if almost everything you sell will go to the US, too. But that’s a United States whose position as the world’s strongest economy is likely to disappear by 2020 and which has begun to lose interest in us since we stopped killing each other over these orange and green fields.

Even as we try to make an essential move away from over-reliance on the state sector and the Westminster subsidies and seek to strengthen the private sector, it is beyond dispute that we will be far more successful in creating a market for our produce overseas if we can communicate in the languages of the buyers.

A recent article in National Geographic showed that the percentage of the world’s population whose first language is English is declining. Chinese, Spanish, Arabic and Hindi/Urdu are on the rise. Engineers, businessmen and computer scientists the world over are busy making themselves bi- and even tri-lingual. In the meantime, the UK has been busy dropping compulsory language-learning in schools.

A study published by Cardiff University Business School in 2007 calculated that in 2005 alone the UK lost £9 billion in trade because of a shortage of language skills. We handicap not only our economy but our own children’s careers with this attitude. And that’s before we even consider the social benefits of learning to understand other cultures.

In Latin America the lingua franca is Spanish, with Portuguese also important because of Brazil. If you want to communicate in the Arab markets there is no way round the Arabic language of the masses. The German economy is again becoming strong, and its education system is perfectly capable of producing engineers and scientists who are not flummoxed by the notion of speaking a second language. The legacy of empire may mean that in India English still rules (though Hindi is on the rise), but that is emphatically not the case in China.

When the US economy dominated we were told to “wake up and smell the coffee”. With the rise of China, India, Russia and Latin America and the German revival it’s time we put away the easy instant coffee. Our politicians need to wake up and smell the tea, beer, vodka and real coffee of those other cultures. Just science and just English simply won’t do.

Social share:
Previous ArticlePeople in Northern Ireland are the happiest in the United Kingdom
Next Article Conor Murphy and Head of Civil Service before Tribunal

Pól Ó Dochartaigh is Professor of German, Dean of the Faculty of Arts and Dean of the Confucius Institute for Northern Ireland at the University of Ulster. He is also President of the Association for German Studies in Great Britain and Ireland. He has published nine books and forty-plus research articles on German, Jewish and Irish themes. He lives in Co. Antrim with his wife Geraldine, where they are raising their children as bilingual speakers of English and Irish.