You are at:Home»News & Current Affairs»Opinion»The Fall of the House of Elliott
Social share: 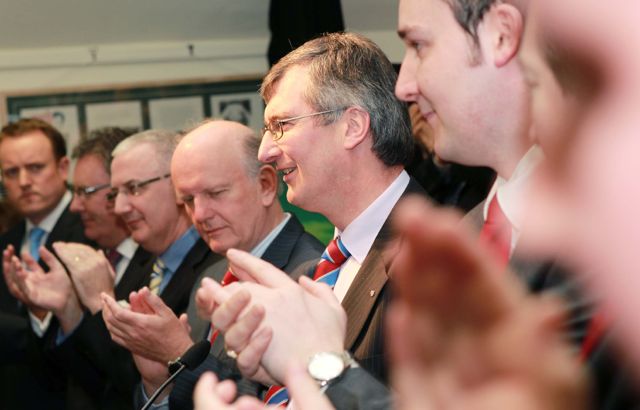 One question remains unanswered: why, exactly, did Tom Elliott stand down as leader of the UUP? I really don’t buy into the idea that it was because he was being ‘briefed against’ by a small cabal, while still enjoying the support of the overwhelming majority of the party membership. It would have to be a pretty powerful cabal to force him out of office and if it really was that powerful then it’s very unlikely that it would have been centred around the so-called ‘liberal’ wing of the party.

Remember too, that that wing of the party didn’t have a candidate strong enough to guarantee a victory over someone like Danny Kennedy (regarded by most observers as Elliott’s most likely successor), so why would they provoke a leadership crisis and subsequent race? It seems pretty clear to me that people like Basil McCrea and John McCallister were genuinely surprised when the news of Tom’s resignation broke on March 8.

Anyway, if it was true, as he claims it was, that lies were being told about him, then why didn’t he simply brief the media himself—or get someone to do it for him? Why didn’t he take the opportunity to put his side of the story? Why did he take out nomination papers, only to announce his decision not to stand a few days afterwards? Why, instead of fighting for his reputation and his integrity, did he simply roll over and walk away from a job he had won so convincingly just eighteen months earlier? Who orchestrated the coup against him?

The immediate consequence—almost certainly unintended—of his decision is yet another divisive contest for the party, this time between the supporters and opponents of Opposition. It strikes me as unlikely that either Nesbitt or McCallister will win with a thumping majority, meaning that the party will look as divided as ever. It’s equally unlikely that the losing side will accept defeat graciously and agree to fall into line with a strategy which they believe to be harmful for the party.

It was obvious from the outset that Danny Kennedy and Mike Nesbitt were keen on a deal that would embrace thirteen of the fifteen MLAs, all of the peers and the bulk of the party officers. The logic, I presume, was that such a move would scare off the ‘liberals’ from putting up one of their own candidates; allowing the party to avoid a contest and rally around a supposed dream ticket. This would allow continuity, yet ensure better presentational and organisational skills at the top of the party.

But John McCallister decided to move first and move early, which meant that the negotiations between Kennedy and Nesbitt became more complicated: becoming a battle about who was best able to beat McCallister. Complicating matters further was the fact that McCallister’s pitch on immediate Opposition would force the party to make a very clear cut decision—something it tends to avoid. It also made it more difficult for Kennedy, because it would look like he was standing simply to safeguard his ministerial office: while endorsing Nesbitt would look like part of a deal between them, also geared to keeping him in place.

It became evident at an early stage that Kennedy could not rely on a nod of approval from Elliott and when his de facto PPS, Danny Kinahan, sided with Nesbitt, it meant that he wouldn’t have a majority of the MLAs behind him, either. One of the people closest to Kennedy told me that Kinahan had ‘switched sides having originally supported Danny and that it was like a knife through the heart to Danny.’ Anyway, by the time of Nesbitt’s launch on March 15, tallies suggested that Kennedy probably wouldn’t win on the first round and that the transfer of either the McCallister or Nesbitt vote would split between them rather than going in big enough numbers to him. He paid the price for dithering—-a fatal flaw for anyone serious about leadership.

What does all of this say about Mike Nesbitt? Well, it says that he doesn’t lack ambition and determination, two good qualities for a leader. He showed a certain degree of savvy when he campaign-managed for Elliott in 2010 (although he would probably have been closer to McCrea in outlook and agenda), building up a very useful contact list across every constituency. He faced down Kennedy.

I was surprised, though, that he originally went for a behind-the-closed-door deal with Kennedy, for it tends to contradict his claim to be interested in bringing something new and different to the party. I’m also surprised by his caution. He talks about being in ‘listening mode’ and detecting a ‘single mood for change,’ yet he opts for what is, in essence, the same-old, same-old.

He has also made some rookie mistakes, particularly the sound-bite nonsense about a referendum on “the major constitutional changes that have occurred since 1998.” He must know that such a referendum will not be called: and since the UUP opposed both the St Andrews’ deal and the Hillsborough Agreement on Policing and Justice, even if a referendum was called the UUP would find itself in the NO camp! It’s also hard to avoid the conclusion that the Opposition referendum was just a cynical wheeze to placate some Young Unionists (who, until recently, were very keen on jumping into Opposition) and those delegates at the UUP’s annual conference last October who, according to a Belfast Telegraph poll, were overwhelmingly in favour of moving quickly to Opposition.

It’s hard not to warm to the sheer daring, almost recklessness of John McCallister. He didn’t dither. He didn’t even try to round up support among the MLAs or other supposed grandees and elder statesmen. He came out and came out with a bold, un-nuanced strategy. He didn’t soft pedal when asked about David McNarry—“I’d expel him,’ was his blunt response. I suspect that some of this bravado is due to his ‘low expectations’ of victory: yet the more that people see him and hear him the more they seem to be impressed by him.

In 1995 John Taylor was the very clear favourite to replace Jim Molyneaux. But during the leadership campaign—and particularly on the night itself—the much less well known David Trimble came through to victory. In the 2005 showdown between Reg Empey and Alan

McFarland all of the smart money was on a romp home by Reg. Yet again, though, the less fancied McFarland impressed people during the campaign and came very close to victory.

McCallister is telling them exactly what he intends to do from day one. If he wins on March 31 he will take the UUP out of the Executive on April 2. He will claim that his mandate is from the highest source of authority within the party—the members who turn up at the AGM of the Ulster Unionist Council. The very fact that he is telling them what he intends to do, and is using his campaign as a mandate for that policy, may have surprisingly broad appeal for a party membership which is used to hearing about policy changes on television or in newspapers!

The real ‘change’ being offered in this contest is from McCallister: for taking the UUP out of the Executive and into some sort of limbo land which he will designate as the ‘Opposition benches’ is one hell of a risk. Yet it’s a calculated risk, the calculation being that there are almost certainly no electoral or political dividends to be accrued by remaining in the Executive.

Which means, in turn, that Nesbitt has to make a very convincing case for the UUP staying where it is for the foreseeable future. I don’t, for one moment, underestimate his ability to make that case. He is a persuasive speaker and his target audience on this occasion is, I think, a generally cautious audience. That said, it’s an audience which will want to hear what his grand plan for recovery actually looks like. I agree with him that there is a mood for change at grassroots level, but I’m not convinced that that mood embraces yet more internal overhauls and smiley, upbeat mantras about believing in themselves and keeping the dirty linen in the cupboard. 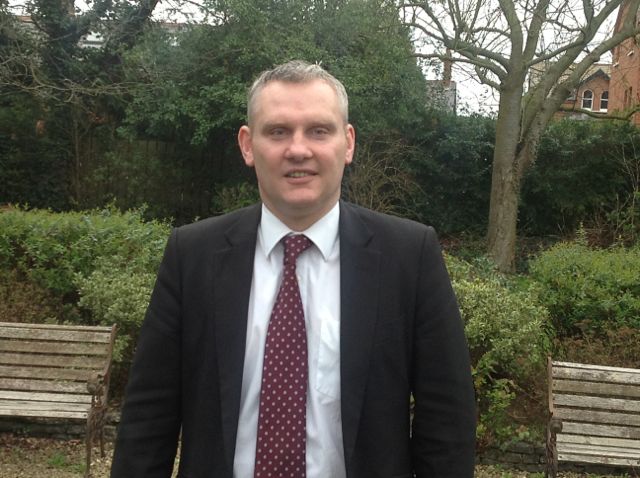 John McCallister pictured after an interview with Eamonn Mallie

For better or worse McCallister is telling them what he will do from day one of his leadership. I still have no idea what Mike would do: and that’s not a great position for a supposedly good communicator. All of my instincts lean towards the Opposition option: partly because I have been arguing for it since 1998, but mostly because I cannot think of any other way for the UUP to carve out a role, purpose, direction and relevance for itself.

Okay, the structures and processes of Opposition don’t exist, but I’m pretty sure that if the UUP designated itself as such that the media, general public and other parties would quickly acknowledge the role and function. I have previously described McCallister’s pitch as the Field of Dreams option—build it and they will come: and what we will find out on March 31 is whether the UUP will ‘go the distance’ with McCallister or hedge their bets, play it safe, deal the ‘I Like Mike’ card and pray that Einstein was wrong when he warned about “doing the same thing over and over again and expecting different results.”

I wonder how Tom Elliott feels about it all? He was the fourteenth leader of the Ulster Unionists and, with the exception of Colonel Edward Saunderson (the first leader, who died of pneumonia in October 1906), the shortest serving. We may never know the full reason he stood down so early, but I am reminded of Danton’s dictum: “An enemy can hurt you. Only a friend can betray you.”

Social share:
Previous ArticleWhere will John McCallister take the Ulster Unionist Party? Who is John McCallister?
Next Article Do you know a bank that likes to say “yes?”