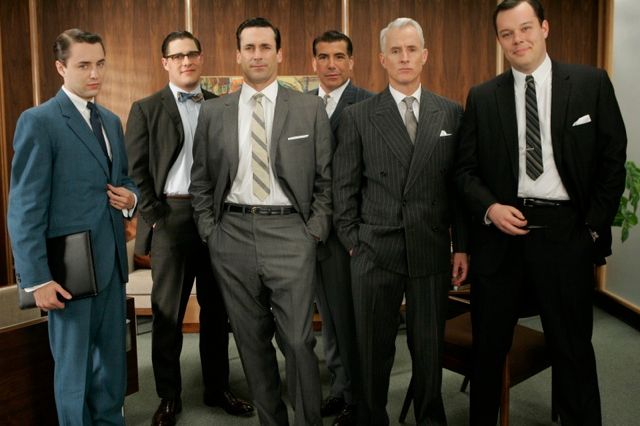 Absence makes the heart grow fonder, and Mad Men has been gone for eighteen months. It made for a weepy reunion.

But truthfully, Mad Men as we know it has disappeared forever. The conformist atmosphere which reigned through the early seasons was so ubiquitous that you could sense a taboo before it was even broken. The air was close with secrets and things left unsaid.

Season five begins in 1966; race relations are nudging their way towards centre stage and the sixties are starting to swing. Fender guitars, beehive hair and monochrome form the setting.

It seems as if New York City has exhaled, and the more carefree environment is a fitting backdrop for the unravelling of some of the main characters.

Loyal viewers will be surprised that Megan (Don’s new wife) already knows his true identity; a secret he guarded obsessively for years. The rigid barriers which Don erected between his personal and professional lives have also suddenly dissolved.

When asked to describe what the main theme of season five would be, Mad Men’s creator Matt Weiner said: ‘Every man for himself.’ Individual agendas are certainly more pronounced and explicit in season five than before, when social mores and the importance of manners enforced discretion.

Pete no longer bothers to conceal his ambition with sycophantic gestures, Peggy isn’t even slightly afraid of offending her boss, and Don’s sexual desires are even less restrained than before.

Indeed Weiner might have been guilty of cramming too much into this double episode, viewers not only had to catch up with changes from last season but digest the new plots which are evolving for each character. At times the script seemed chaotic.

As an optimist, however, I’m guessing this is Weiner’s intention. Weren’t the late sixties the era in which the orderliness of the preceding years was disassembled and the blemishes laid bare? From the cast of Mad Men there has been endless talk of surprises in season five: expect chaos, curveballs and an end to the faultless glamour that you thought was Mad Men.

Social share:
Previous ArticleMallie on Politics (Episode 7): The lives of Rev Ken Newell and his wife Val
Next Article Real democracy without opposition?