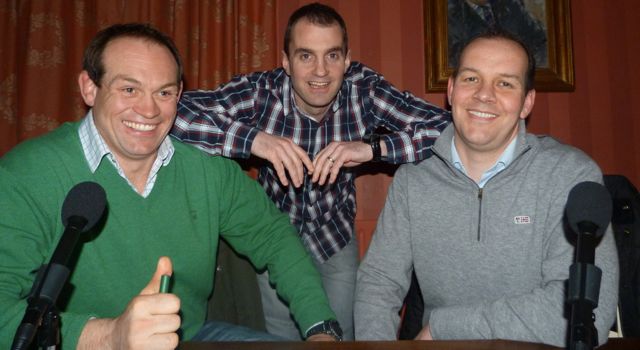 Each podcast, surveys all happenings in provincial, national and international rugby with in-depth opinion and analysis from key individuals on and off the field.

This week Andy is joined in the studio by:

Points for discussion are documented below:

01.00: Ireland versus Scotland review – Did we avoid a  potential banana-skin?

02.35: Simon, what about your brother’s leadership – did you give him the wink from the stand…?

07.25: Andy, what is the role of the Irish scrum-half in terms of tactics?

09.40: Why is Donncha O’Callaghan brought in ahead of Donnacha Ryan considering Ryan is ahead of him for Munster?

15.36: England at Twickenham – Simon you must be proud as punch – how is Rory’s injury?

16.44: Will our midfield be able to compete with the English midfield?

22.15: Is the French team a team that needs to be radically overhauled?

23.48 Wales versus Italy review – Wales for the Grand Slam?

28.25: Ulster’s new coach Mark Anscombe… Is it a backwards step?

30.52: What will Mark Anscombe bring to Ulster?

33.16: Will player power be a factor in Ulster Rugby next season?

35.00: Has Stuart Lancaster done enough to get the England job?

Social share:
Previous ArticleGAA Podcast – ‘To the Point’ (Episode 3)
Next Article Has the Titanic Signature Building broken loose from its east Belfast moorings?