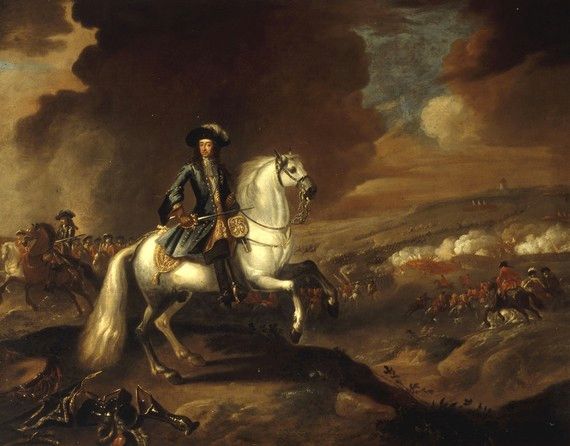 Is Mike Nesbitt, who wants to be leader of the Ulster Unionist party related to King William lll of Orange, or has he got the ‘bit’ between his teeth?

Recorded in the varied spellings of Nesbit, Nesbitt, Nesbet, Nesbett, Nesbeth, Nesbath and Nesbut, this unusual name is both locational and Anglo Scottish, the name may have originated from either the barony of Nesbit in Berwick, or the villages of Nesbitt or Nesbit, in Northumberland and Durham.

However spelt, the origin is Olde English pre 10th century “nesebit”, a word which describes a steel bit which joins the cheek pieces together.

This would suggest that either the villages were originally famous for manufacturing this type of bit, or that second element does not mean bit,  but bight, a north country word for a bend, meaning that the villages stood on “noselike bends” of a river? What is certain is that the villages were recorded as “Nesebit” in the 1242 Court Lists of Northumberland, and as “Nesbitt” in 1311.

The surname has remained largely true to the village name over these past seven centuries, almost a record in itself. In the Feudal Rolls of Durham, William de Nesbite appears in 1250, in the reign of King Henry 111. He is believed to have been a Knight Templar (Crusader), although this is not proven.

A later Nesbitt reportedly showed equal enthusiasm for a cause, one John Nesbitt of Edinburgh (1661 – 1727) displaying rather too much protestant zeal, and in consequence he was forced to flee to Holland. He returned with King William 111 of Orange in 1689, and was given various posts in London. The first recorded spelling of the family name is shown to be that of Robert de Nesbit, which was dated 1160, A charter witness at the Abbey of Kelso, Scotland, during the reign of King Malcolm 1V of Scotland, 1153 – 1166.