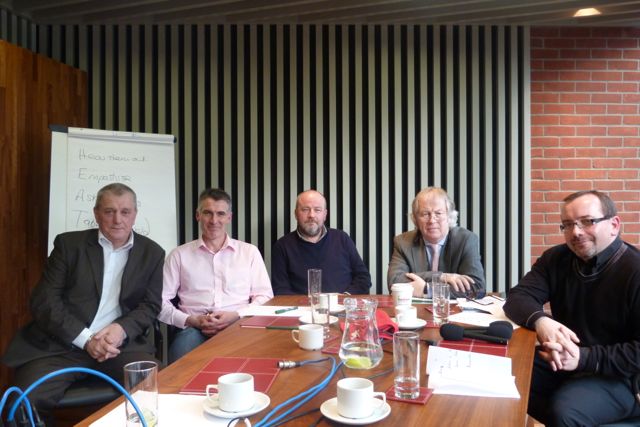 “Republicanism needs to become more intuitive about unionist apprehensions and objections, and sensitised in our response. We need to be open to using new language and consider making new compromises.

Regardless of the stance of others, we should recognise the healing influence of being able to say sorry for the human effects of all actions caused during the armed struggle. All sensible people would wish it had been otherwise, that these events had never happened, that other conditions had prevailed. The political reality is those actions cannot be undone or disowned. It would be better they had never happened.”

The seniority of the author of the article and the weight of his message were not lost on seasoned observers of Republicanism including security writer Brian Rowan whose response on eamonnmallie.com triggered a rash of commentary from a diverse range of thinkers and commentators including: The Rev Harold Good, Professor Kieran McEvoy, Dawn Purvis, Lord John Alderdice, Jackie McDonald, John Howcroft, Alex.Kane, and Alistair Little to name but a few.

Against this backdrop eamonnmallie.com undertook to draw together a spectrum of voices including Declan Kearney himself, the UDA’s Jackie McDonald, Queen’s University Professor Kieran McEvoy, former Ulster Unionist Director of Communications and political commentator Alex.Kane and Eamonn Mallie with Brian Rowan moderating proceedings.

The new Lyric Theatre Belfast hanging over the River Lagan was the chosen venue for what turned out to be an intriguing and robust exchange of opinions with the evident strains surfacing almost immediately.

The purpose of this exercise was to seek elucidation on what Declan Kearney meant by an “authentic reconciliation process”. 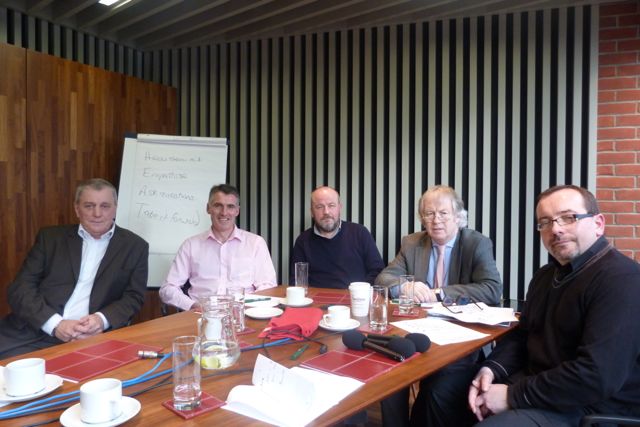 Live at The Lyric: 'The Big Sorry Debate'

Social share:
Previous ArticleThe week in sport with Adrian Logan
Next Article Goodbye my friends – I am not the one for you