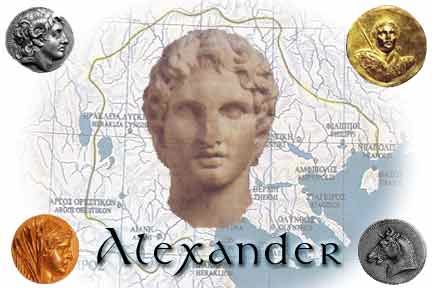 Is it conceivable that aspiring Ulster Unionist Party leader John McCallister is a descendant of Alexander the Great?

If you have spotted anything ‘Greek’ looking about aspiring Ulster Unionist Party leader John McCallister, I suggest you read on:

The west coast of Scotland and the rocky Hebrides islands are the ancient home of the McCallister family. The root of their name is the given name Alexander, which in turn was originally derived from the Greek name, which means defender of men.

In the late 11th century, Queen Margaret introduced the name, which she had heard in the Hungarian Court where she was raised, into Scotland by naming one of her sons Alexander. The popularity of the name Alexander was ensured by the fact that it was borne by three Scottish kings, the first being Margaret’s son who succeeded to the throne of Scotland following the death of Malcolm III.

Numerous Scottish settlers settled along the east coast of the colonies that would become the United States and Canada. Others travelled  to the open country of the west. At the time of the American War of Independence, some remained in the United States, while those who remained loyal to the crown went north to Canada as United Empire Loyalists. The highland games and Clan societies that sprang up across North America in the 20th century have helped many Scots to recover parts of their lost traditions.

McCallister Settlers in the 19th Century:

Felix McCallister, arrived in America in 1811.

David McCallister, landed in Texas in 1850.

McCallister Settlers in the 20th Century:

Mary McCallister, aged 23, arrived at Ellis Island from Down, in 1906.

Some noteworthy people of the name McCallister:

The motto was originally a war cry or slogan. Mottoes first began to be shown with arms in the 14th and 15th centuries, but were not in general use until the 17th century. Thus the oldest coats of arms generally do not include a motto. Mottoes seldom form part of the grant of arms: Under most heraldic authorities, a motto is an optional component of the coat of arms, and can be added to or changed at will; many families have chosen not to display a motto.

Mc Callister Motto: Per mare, per terra – Translation: By sea, by land.