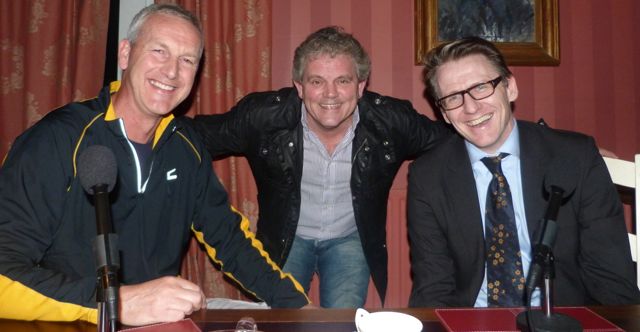 Each podcast surveys all happenings in GAA as the season develops, with in-depth opinion and analysis from key individuals on and off the field.

This week Adrian is joined in the studio by:

Points for discussion are documented below.

01.37: Paul’s memories from his playing days

04.30: Ulster sides from 2000 onwards and their new level of professionalism

05.40: GAA teams dealing with the media in the modern era

10.10: Does the GAA need a PR make over when it comes to its presentation and displaying of its skills?

12.28: Should the GAA have a professional PR company looking after the organisation and production?

13.42: John, are the falling attendances your fault – is the game attractive enough?

16.39: Is the message of the GAA harder to get out there through the local media coverage?