You are at:Home»News & Current Affairs»Opinion»Can we even agree what we mean by reconciliation?
Social share: 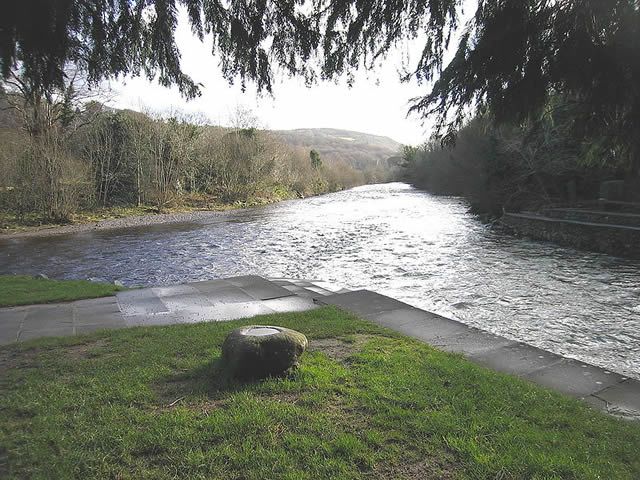 What is ‘genuine reconciliation’ in terms of Northern Ireland? If republicans/nationalists continue to prioritise Irish unity as their end goal and continue to monitor demographic shifts with a view to border polls down the years, then how do you have a basis for reconciliation between unionists and non-unionists?

If the IRA still takes the view that it fought a ‘legitimate’ war—and there seems to be no evidence that it will ever deviate from that position—then how do you set out a route towards reconciliation between the IRA/Sinn Fein and the pro-union community?

If unionists are now beginning to divide Roman Catholics into hardcore republican and closet unionist camps (which is what recent speeches from Peter Robinson and others would suggest) how do you build structures of reconciliation between those hardcore republicans (Sinn Fein/SDLP) and hardcore unionists?

With polls and research suggesting that Northern Ireland remains ‘divided,’ ‘polarised’ and ‘broadly sectarian in terms of election campaigns and results,’ who would even take the lead in promoting reconciliation?

Northern Ireland’s existence depends upon a permanent majority in favour of the Union. It’s that simple. So it’s not surprising that this produces a sort of bunker/siege mentality within the pro-Union community; while also encouraging non-unionists to constantly push their own hopes and agenda.

These two factors put huge restraints on ‘reconciliation’ because republicans have to keep their Irish unity dream alive, while unionists have to dampen the dream. The end result is the fostering of competing and clashing nationalisms and identities.

The problem, too, is that this permanent clash of nationalisms makes it impossible to lay the foundations, let alone build the structures of a ‘shared future.’

It probably also means a continuation of the same—or virtually identical—parties to those we have now. In other words, for so long as the constitutional question remains the fixed point of Northern Ireland politics, and for so long as voters still vote for ‘unionist’ or non-unionist’ parties, then for so long will it be impossible to provide a background from which ‘normal’ political parties can emerge.

Since 1998, turnout at Northern Ireland elections has tumbled: with almost half of the voters choosing to stay at home. Some commentators will argue that falling turnout is the norm across Western democracies and can be explained by a number of factors. Yet Northern Ireland is slightly different. The 1998 referendum saw a turnout of over 80% and the air was thick with excitement, enthusiasm and talk of a ‘new era.’ People talked about ‘normal’ politics, reconciliation, cross-community cooperation and a ‘shared future.’

Then it seemed as if a thumping big reality landed on their collective doormats: the reality that the normalcy, reconciliation, cooperation and sharing isn’t actually possible if there is no agreement on whether Northern Ireland should remain a constituent member of the United Kingdom or should, instead, cease to exist as a country and be swallowed into a new state—an independent united Ireland.

This, of course, raised a difficulty. For it meant that the same-old, same-old would remain at the heart of local politics. The clash between the competing nationalisms would continue.

It was inevitable, too, that this would result in uninspiring, unexciting, unfocussed government; for if you don’t have agreement on the constitutional future of a country then it’s remarkably difficult to have agreement on much else. And that may explain why the Assembly doesn’t seem to amount to much more than the local franchisee for Direct Rule.

It may also explain why so many people are not voting. Yes, it’s bad government—and it’s bad government that cannot get better. It’s like Neolithic government frozen in amber. Even Groundhog Day held out the prospect of self-improvement over a long enough period! Voting has two primary purposes: the chance to endorse the governmental status quo and the opportunity to alter that status quo. But if there is no opportunity to alter the status quo (and how can you if the Executive must be a permanent balance between unionists and nationalists?) then what’s the point of voting? What’s the point of trying to create new post-conflict parties?

How do we define the ‘conflict’? Well, a sizeable proportion of non-unionists (most easily defined as republicans or nationalists) believe that Northern Ireland should not be in the United Kingdom. Some within the republican community favoured a terror campaign to deliver unification by force. Even moderate nationalists would argue that something had to be done about how Northern Ireland was governed between 1921-1972, when it was clear that the pro-union government governed in the interests of unionism and regarded all Roman Catholics as anti-unionist and probable IRA supporters.

After Stormont was prorogued in March 1972 the next two decades or so involved a search for a solution into which all sides could buy. In reality, though, it was a period when the various sides wore each other down to the point when they finally accepted that no-one was going to get their own way.

The Good Friday Agreement was supposed to represent a conflict solution—yet is obviously a conflict stalemate. How can it be otherwise? Surely genuine reconciliation can be achieved only when both sides agree on the status, shape and name of the land they inhabit? Yes, we may have an end to the armed struggle, but Sinn Fein and the SDLP still want Northern Ireland removed from the United Kingdom and the eradication of unionist/British economic, political, military and cultural existence. So from May 2007—and the deal between the DUP and Sinn Fein—it became a case of a fully-fledged stalemate built on carve-up, mutual veto and contradictory route maps.

During the four clearly defined periods from 1921 (1: Stormont Parl. 2: The search for an alternative. 3: The Good Friday Agreement 1998-2005. 4: The ongoing stalemate of 2007) there has never been a moment to which anyone could point and argue that trust and cooperation were the keystones to the relationship between both sides.

Is there any likelihood of change? Probably not. The difficulty is this: if people in Northern Ireland remain concerned about the constitutional issue then they will gravitate towards the party or parties which best represent their views on that issue. That’s clearly what the majority of those who still vote have decided to do: and it’s certainly what many more of them would do at a border poll.

If, on the other hand, they are ‘agnostic’ on the Union (allowing the decision to be determined by the result of occasional border polls) how do they define a role for themselves between the openly Unionist and Republican parties? How do they steer a course between those competing positions? Alliance has tried for 40 years and never really made a significant electoral breakthrough. Indeed, it got fewer votes in the 1998 Assembly than it did in 2011! Anyway, how would Alliance position itself on a border poll? Would it have an opinion on the competing merits of the United Kingdom versus a United Ireland, or would it just leave supporters to decide for themselves?

I have written before about the lack of post-conflict parties in Northern Ireland: okay, let’s be honest—there are none. But how do we ever change? Paul Nolan’s recent report (Northern Ireland Peace Monitoring Report, February 2012) noted that “there is no occasion in Northern Ireland when people stand together, to salute one flag or sing one national song, to experience the sense of being one people with a single, shared identity.” In the continuing absence of a party—or even parties—which promote an agenda based on that single, shared identity, I don’t see how you create it. Indeed, his Report also noted that Northern Ireland “is still a very divided society but government now seems less determined to address the roots of division than before renewed devolution.”

The transformation of a conflict society into a post-conflict society always requires major changes in social structure: and social change should also lead to the rise of new political actors and parties demanding that their voices be heard and that they be given the opportunity to either become the government or, at the very least, play a full role in the processes of government and opposition. Yet in political terms Northern Ireland remains an unequal society, because our set-in-stone structures of government have closed the door to the very people and parties who could promote and deliver the sort of change you would expect to see in a genuinely reconciled, sharing, post-conflict society.

In a recent lecture George Packer, a staff writer at The New Yorker argued: “Inequality hardens society, imprisoning people in the circumstances of their birth. Inequality divides us from one another in schools, in neighbourhoods and at work. Inequality makes it harder to imagine the lives of others. Inequality provokes a generalised anger that finds targets where it can. Inequality saps the will to conceive of ambitious solutions to large collective problems, because those problems no longer seem very collective. Inequality undermines democracy.”

I love Northern Ireland. I want the best for Northern Ireland and for everyone who lives here. So yes, it does worry me that we seem to be settling for third rate solutions, fudge, half-baked notions, non-thought-through legislation and congenitally inept government. Maybe, as I have argued before, most people here (and I included myself) really are content to live their own lives in their own areas. But the more I think about it, the more difficult I find it to avoid the conclusion that insularity and ‘benign apartheid’ is a collective madness which will only come back—and maybe sooner than we think—and bite us in our collective ass.

One thing is certain: genuine reconciliation cannot flow from Executive parties who depend on continuing division and us-and-them headcounts for their political/electoral survival.

Social share:
Previous ArticleIrish History Quiz
Next Article Living with past in the present