You are at:Home»News & Current Affairs»Opinion»“Suffering” only hierarchy of historical hurt in Northern Ireland
Social share: 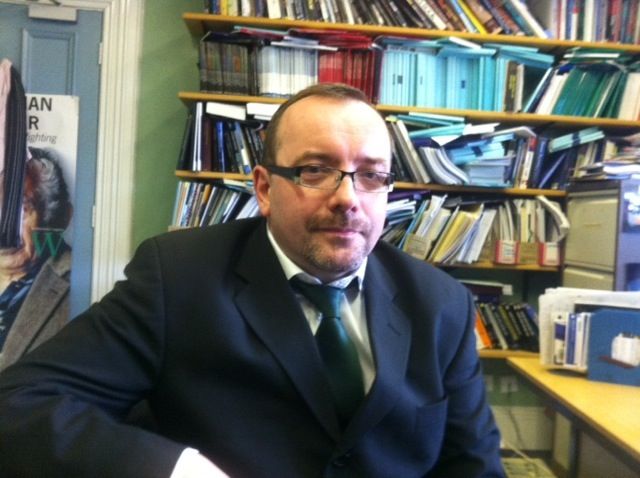 Professor Kieran McEvoy of Queen’s University Belfast, who has studied the legacy of international conflict in countries around the world has concluded that the starting point for all healing must be an acknowledgement of suffering common to all.

Mr McEvoy, who is imminently publishing a book on this topic, argues cogently that the dilemma in dealing with the past centres on the perception of hierarchy of victim. He claims conventionally, greater value is placed on the life of a police officer or a solider because that person is working for and seen to be defending the state.

The whole debate about how best to deal with the past in Northern Ireland has to date failed to find an equilibrium. Efforts by what is now known as ‘Eames-Bradley’ perished as a result of a recommendation that all families who lost a loved one in ‘the Troubles’ should receive a recognition payment of £12,000. This resulted in a backlash against ‘Eames-Bradley’ and their report is now gathering dust on the shelf.

The debate is further poisoned by unresolved controversial cases involving the state, sometimes laced with allegations of collusion. One of these cases is that of Pat Finucane who was shot dead in 1989. His killing remains unresolved with the British government refusing to accede to an independent judicial enquiry, choosing instead to have a review of the Mr Finucane’s death by a senior barrister.

Republicans are advocating a truth commission along South African lines when the ANC came to power, but there again those who studied that undertaking contend that it contained many fault lines.

In a wide ranging interview Professor McEvoy teases out the yardstick one must use to begin the process of addressing the past: