You are at:Home»News & Current Affairs»Opinion»New beginning to policing has no place for an old boys’ network
Social share: 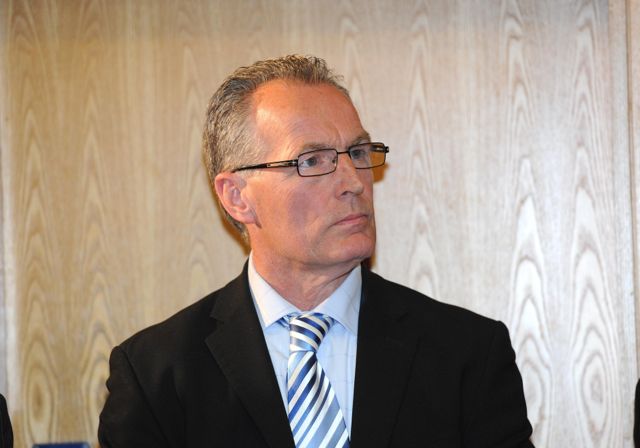 Five years ago, in January 2007, Sinn Féin members overwhelmingly affirmed our Ard Chomhairle’s recommendation to participate in the Policing Board and District Policing Partnerships (DPPs). The nationalist people have resoundingly backed that ‘critical engagement’ policy ever since.

Sinn Féin has been consistent. We have stood in defence of the PSNI against undemocratic attacks. We have opposed the disruption of the policing accountability structures, whether at meetings of local DPPs, or in the work of the Police Ombudsman. We have also consistently held the PSNI to account. The policy of ‘retiring and rehiring’ former police officers has been one of our greatest concerns.

This is no witch-hunt against ex RUC members, many of whom signed up to the new policing ethos. Sinn Féin works with all those genuinely committed to a new beginning to policing.

However, the new beginning to policing meant a break with the old order. Patten’s recommendations underpinned that transition with a police rehabilitation and retraining trust, and a massive £0.5 billion severance scheme. The new PSNI leadership could decline any Patten severance retirement if an individual officer had special skills still required for the new dispensation.

Sinn Fein has used the Policing Board to question the PSNI’s “top team” on ‘retiring and rehiring’ of former RUC and PSNI officers over a long time and our objections have been consistently represented.

Initially the PSNI said it did not have the specific information requested on this policy. Sinn Féin refused to accept that. When the Policing Board was reconstituted in May 2011, we continued to press Matt Baggott for answers.

In a written response on 1st November 2011, the PSNI said that it could not explain how many ex-officers had been rehired because:   “The previous employment history and pension arrangements of associate staff are not held centrally by Human Resources…”

Sinn Féin rejected this explanation and intensified our focus. Another PSNI response 7th December 2011 suddenly revealed:   “As far as we can confirm…..of the 399 Grafton Associate staff as at 1st November 2011, 304 were former officers who have left the service since 1st January 2001.”

We also uncovered that half of these ex-officers – with Patten severance and pension entitlements – had been redeployed into highly sensitive operational roles with Serious Crime Branch and Intelligence Branch. These are not ‘back office’ jobs.

These ‘associates’ have also been given authority on legacy matters and historic cases, which includes investigations where scores of families are still awaiting the truth. Some of these ‘associates’ previously walked away from the PSNI.

This practice has resulted in scandalous misuse of public money. Under current arrangements, these rehired ex-officers are not accountable for past wrongdoing to the Police Ombudsman. Nor are they bound by either the PSNI oath or Code of Ethics. They are not accountable in the same way as serving PSNI officers to the Policing Board and the Police Ombudsman.

This represents a subversion of the new beginning to policing by some within the PSNI. It has now been exposed because of Sinn Féin’s relentless critical engagement strategy in the Policing Board.

We have already met with the Northern Ireland Audit Office and provided a dossier in support of our call for every aspect of this controversy to be fully investigated. Through the Policing Board, we have discovered that £41m has been given to the agency recruiting these associates. That is only for the period between April 2009 and December 2011. The proper use of public money is a serious concern. However, the scandal of retiring and rehiring  goes further than matters of governance and value for money alone.

There is huge concern about the risk for a serious conflict of interest which could arise from former police officers being given control over access to information on historic cases. This potentially compromises compliance with Article 2 of the European Convention on Human Rights.

In addition, former police officers have now come forward through the media to testify that these posts as ‘associates’ are being ‘boxed off’. This is contrary to equality of opportunity in employment and ensuring a representative police service. In the new beginning to policing, there is no place for an old boys’ network. That’s why the policy of retiring and rehiring must be discontinued.

All of this serves to reinforce our assertion that the Policing Board must be fully informed and empowered to discharge its duty to hold the PSNI Chief Constable to account in relation to every part of policing.

Sinn Féin is determined to remove all practices which fuel a residual ‘dark side’ within the PSNI and criminal justice system. Our party’s support for democratically accountable policing is unambiguous, but it is not unconditional.

Sinn Féin’s extraordinary Ard Fheis in January 2007 was the beginning of a new phase in the policing project. Since then, our leaders, members and supporters have been subject to persistent attack. We have opposed militarists on our own streets. We will also continue to face down those remaining securocrats opposed to the reform agenda, and who still seek to undermine our Peace Process.

None of them will succeed. Sinn Féin has given leadership on policing and although much progress has been achieved, more work remains to be done.

Our Party is absolutely united on the way forward. The PSNI now has to start facing the same way. Unambiguous commitment to the new beginning to policing is essential. That’s what our people expect and deserve.