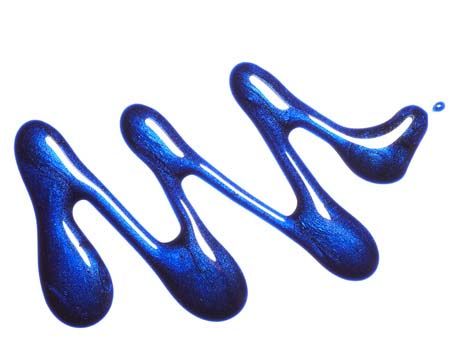 The Poly Implant Prothese (PIP) implants have sparked a scare among millions of women since the story became headline news.

The story has generated much anger and debate as well as raising the question of which organisation is responsible for sorting out the problems. The internet and news have been inundated with reports and real life stories from women genuinely scared despite a lack of research into the genuine risks.

The NHS said that 40,000 women in Britain have had PIP implants and it will remove them if private clinics refuse and there is a clinical need.

Social networking sites have been excellent sources for getting a picture of the attitudes towards this story. In many cases one is shocked by the lack of sympathy shown towards women who opted for implants, even among women themselves. It has also led to a more general debate on cosmetic procedures ranging across a plethora of options available.

Every woman or man has a right to opt for cosmetic surgery conditional on getting the best advice, counselling and support possible. Cosmetic surgery should also be firmly promoted as a serious medical procedure with potential risks outlined from the very beginning.

More often than not cosmetic surgery is promoted as a minor procedure, no more taxing than buying a set of nails, having a massage,  all of which can be fitted into a day, or afternoon in some cases.

I’m sure judging by the interviews and information available that most women are under no illusion about the risks associated with Cosmetic Surgery as well as the financial implications. Some women are prepared to take out loans to have these operations.

So why do women and men go under the knife to change their looks?  The majority say  it is  done to improve their lives through boosting happiness and  self confidence. Underlying reasons involve being taunted and bullied by others. A minority embrace plastic surgery to improve their cash value and boost their careers. For some the procedure is to rectify medical conditions such as breast cancer, car accidents etc.

Let’s not forget that cosmetic surgery is a significant employer and cash cow for the economy. According to a story by Brad Tuttle in TimeMoneyland – plastic surgery as an economic indicator, including procedures such as pectoral implants, buttock implants, buttock lifts, cheek  implants, lip augmentation, chin augmentation – all showed an increase of 38% or more in 2011.

A healthy cosmetic surgery economy, leads to a conclusion that the economy is healthy as well – ironic on a number of levels.  Has there ever been a study to establish whether an increase in cosmetic surgery, results in a commensurate increase in mental illness and depression?

The job-market is supported by  cosmetic surgery through those directly involved in the industry, the suppliers, private clinics, surgeons and auxiliary staff fanning out into the wider world of glossy magazines, the media world and the fashion industry.

In addition, the tourism industry recognises ‘medical tourism’  as a growth area. Destinations are marketed for people to take breaks away, while going through medical cosmetic surgery complete with potential risks to consumers. Clearly there are economic reasons why the inadequacies of the human race are exploited.

There has been a number of cringeworthy debates and interviews surrounding the PIP scandal circus, witness the woman wheeled onto the Newsnight set, to have what seemed more like a counselling session with the grilling Paxman and the business woman Katy Price.

The Channel 4 News interview was equally embarrassing with Cathy Newman’s questions coming from the angle that women  have implants to attract men – bizarre, to say the least, which fuels the belief among men that women put on make up, dress solely for them.

Maybe it is a generalisation but many women want to look good for themselves and are quite happy to wear blue nail varnish even though I was once told by a man “you know, men don’t like blue nail varnish.” You can imagine my reply.

The PIP scandal is far from over or resolved. The public purse should fund the removal of PIP implants from NHS patients if deployed, while  private surgeries should meet the cost of the removal and replacement. The NHS should step in if a private clinic goes under.

Will cosmetic surgery eventually become the norm in our society? Like other cultures that have mutilated their own bodies to conform to a culture and tradition, maybe western civilisation is going in the same direction.  Alternatively, will science overtake the need for cosmetic enhancements through designer babies as a result of replacing existing genes?