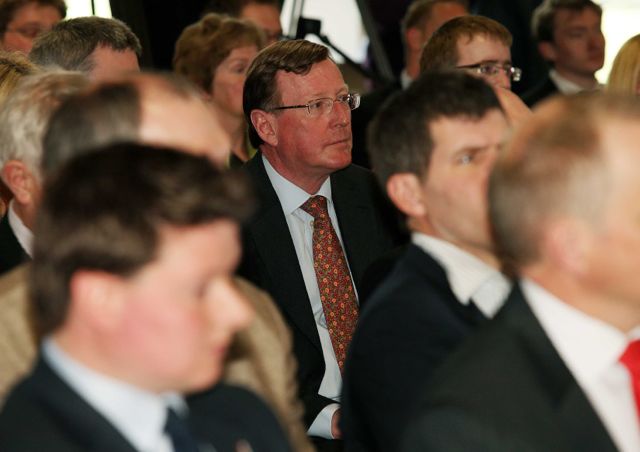 Former Ulster Unionist Party leader David Trimble (pictured above) says he does not believe the Democratic Unionist Party is capable of radical change because of what he calls “their highly sectarian attitude” to life in Northern Ireland.

Breaking his silence for ‘Mallie on Politics’ (a weekly political podcast on eamonnmallie.com) on the current turmoil in his former party, Lord Trimble speaks expansively on where he sees the future of the UUP and analyses First Minister Peter Robinson and the rôle played by the DUP in Northern Ireland today.

Mr Trimble was joined in the studio by Dr Maurice Hayes, a former Senator, civil servant, member of the Patten Commission on policing and a regular commentator. 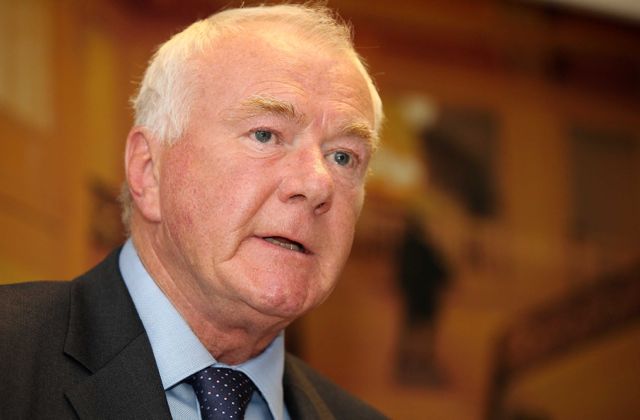 Turning to the current fissure in the Ulster Unionist camp triggered by a decision of Assembly Member David McNarry (pictured above) to give an interview to the Belfast Telegraph about UUP/DUP talks Lord Trimble said:

“It is obviously regrettable that we have had these problems over the last while. I am afraid it is something that does seem to break out every now and again. Obviously it is not unusual for politicians to have an ego. That’s perfectly normal but also it’s necessary for any sort of group for people to be prepared from time to time to subordinate their ego to the needs of the collective and I hope that will resume.

“I am going to step back. What I think the question one has to ask oneself  is – in the present circumstances, what is the Ulster Unionist Party for? It was clearly for a particular position and all the rest of it in my time. Since then the DUP have moved comprehensively onto the territory of the Ulster Unionist Party – occupied that. That is deeply upsetting to members of the Ulster Unionist Party who see that somehow they have been cheated because the DUP have just stolen all their clothes and taken all the rest of it and it is a perfectly understandable reaction to that, to point to it and say ‘look at what these people are doing’ and attack them from a different flank but the party cannot coherently attack the DUP from a position that looks as though they disagree with the present position of the DUP because those positions of the DUP are their own position. So there is no attack from the outside. There is no point in making it appear as if you’re in a similar position as Jim Allister because there is no future in that at all.

“So the future – the point of view from the Ulster Unionist Party is to stay in the centre ground – there is no point in being any place else. That’s the important place to be – but then to say to themselves ‘what can we do that adds something to the present situation?’ This is one of the reasons why I so strongly supported the relationship with The Conservative Party – not just for that reason, but for a whole host of other reasons why what was happening then was highly desirable.”

“Oh probably. Maybe I should be more definitive than that.  It has shown clearly over the course of the last seven years a capacity to survive. I am quite sure that if it wishes to it will but if it drifts towards the DUP that will be as a matter of its own choice and that can’t be ruled out. At the end of the day I don’t think that would be a terribly good idea. I’d prefer them to assert their distinctiveness.

“I come to this to the position which I stated at the beginning, looking back at the character of the DUP and the people in it I can’t actually see it changing its spots to that extent and I think while you have got maybe more than just gestures you have some pointers in a different direction – I don’t think that there’s going to be a radical change in the nature of the party , it’ll still be where it basically is at the moment and that means it will not lose any of its tail because it’ll be keeping itself together. There is still going to be the possibility of a liberal UUP making progress. One has often thought there is a potential relationship with the SDLP.

“If the party isn’t bringing something new in terms of that issue there will be a tendency to drift towards the position of the DUP and I wouldn’t be surprised if the DUP are anxious to encourage that and would be playing all the usual things about unionist unity which always go down in some circles – so there is a danger which they need to appreciate that if they are not doing something distinctive themselves then the tendency to drift into some sort of relationship with the DUP or indeed merge with it will be there.

” I could produce an argument and some people have produced an argument to me that this is something that should be done because if the UUP merged with the DUP the Ulster Unionists would bring together its members who are genuinely more liberal than the DUP and this new party then would have a new agenda, a new character and would be a different place, and might even be able to take up the sort of agenda I outlined a few minutes ago, even more enthusiastically than they can at the moment. This point was put to me but I have just something within me, a feeling this isn’t really the best thing to do, not to do it this way. 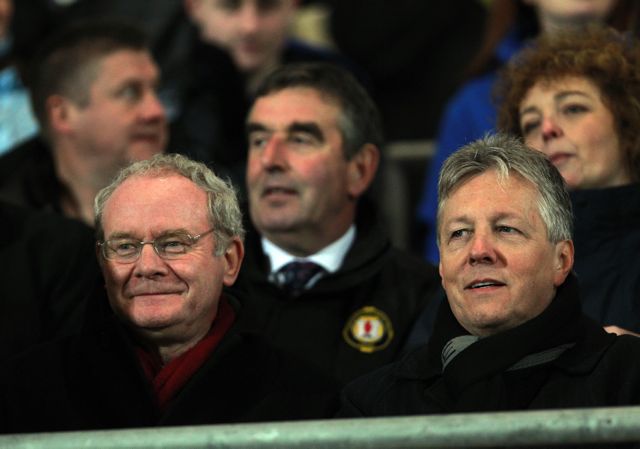 “I don’t actually find that inquiry helpful. I don’t find it helpful to be asking yourself what’s going on inside someone’s mind . I am inclined to quote Cromwell who said he looks into no man’s mind. The question is what do they do and where are they trying to position themselves? Trying to interpret someone in light of a few right or wrong things of a person’s character is not a wise thing to do. You always deal in politics with the reality of what people are doing and what they might do and not to be too dogmatic about that.”

When reminded of a plethora of gestures by Peter Robinson towards nationalists, visiting the Harte home in wake of killing of Michaela, his attendance at Constable Ronan Kerr’s funeral, his attendance at the Dr McKenna Cup GAA Final and his address to the Irish Studies Department in Liverpool in which Mr Robinson said:

“As a unionist wanting to ensure the long-term continuation of the Union I believe we could do worse in our dealings with nationalists than emulate the approach at the end of the Cold War summarised in the quotation – ‘We are going to do a terrible thing to you. We are going to deprive you of an enemy,'” Mr Trimble responded:

“One puts that alongside what might be called liberal gestures that you get from Mr Robinson – the business about education and all the rest of it and I think you’ve got to look at all of that and say what is this for? Is it for just window dressing? Does it mean a significant shift in terms of the alignment of the party in the future? I am doubtful as to whether the DUP can change its character to the extent that Robinson suggests. This is not something we can give a clear hard and fast answer to but when you look at the history of the party, the people who are prominent in it – where they’ve come from, what they continue to do in terms of their highly sectarian attitude to life in Northern Ireland, I find it difficult to believe that party can be in a completely different place.

“Someone who knows the DUP better than I do says when they look to their vote basically coming from the Protestant community and they want to try to appeal to every different demographic within that, one of which is the liberal unionist approach. These things are pitched towards them to say ‘you can vote for us without feeling you are going to vote for something you opposed all your life.'”

Continuing to challenge whether any radical change is likely in the Democratic Unionist Party when reminded how he changed having ‘danced’ with Ian Paisley at Drumcree, the former Ulster Unionist Party leader said:

“Every second when Paisley and I were ostensibly co-operating we were competing. I will admit showing leadership but I will not admit to change.

“What one has to do is to see how things develop. I would be looking, not so much at what one individual, all be it the leader, what he is saying – I’d be looking to see what other people are saying.

“Putting it crudely – a journalist said to me with regard to one of the conference speeches in which Peter was saying these things that we’re talking about – was that what they should have done was look at the audience – this was the bit that nobody clapped – nobody agreed.”

Dr Hayes is more generous to Peter Robinson and shows a greater willingness to embrace Mr Robinson’s intentions but adds a caveat:

“I would give him a bit more credit than it being mere gesture. Like David I would be concerned. There are different noises coming from the back benches really, not even the back benches – there are other senior members of the party singing quite a different tune. I do think they would find it very uncomfortable to follow him. It struck me that he was after what I might call the liberal Unionist, liberal Protestant vote rather necessarily than what you might call the catholic liberal vote.”