You are at:Home»News & Current Affairs»Opinion»Knockout blow may not be the only solution
Social share: 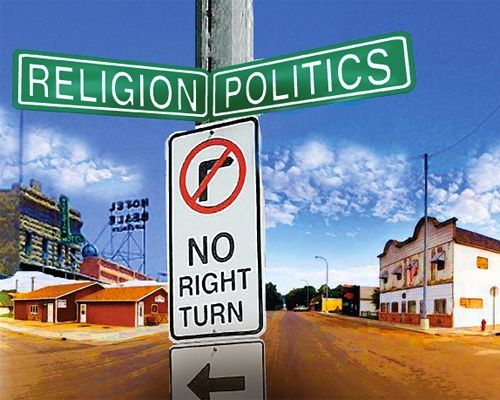 Whether one likes it or not, faith (esp Christian faith) won’t go away from political debate.  Over this last weekend, there were no less than three faith related stories in the media: the High Court ruled that it was illegal for any local council in Engalnd and Wales to include prayers on its formal agenda; the Christian owners of a Cornish B&B lost their appeal against last year’s ruling that their policy of restricting double rooms to married couples discriminated against a gay couple; and the former Archbishop of Canterbury weighed in to the general debate by saying ‘This is the gradual marginalisation of the Christian faith, being pushed to the outskirts,”. These stories have come against the backdrop of the Prime Minister’s speech just before Christmas when he said that a return to Christian values could counter the country’s “moral collapse”.

Clearly, as a committed Christian, I have something of a vested interest in these issues! However, there has yet to be a high quality public discourse about the relationship between faith – especially Christian faith – and the world of politics and the making of public policy. So much recent discussion (on both sides) has shown little more than the ability to rant, be abusive or demonstrate poverty of thought.

The importance of the debate was highlighted by the executive director of the National Secular Society who said that prayers had been “the cause of tension in a number of local councils… This judgment is an important victory for everyone who wants a secular society, one that neither advantages nor disadvantages people because of their religion or lack of it.”

I suggest that there is a deep flaw in this argument that lies just under the surface. It is that secularism in some way occupies neutral ground, or that its approach to civic values, political discourse, and the making of public policy does not encompass a belief system or world view. By definition, it does, since there are values and principles underpinning it. So does a faith based approach. They are both belief systems – and irreconcilable ones at that. A Christian does not want a society that is governed by secular values, and the secularist does not want a society that is governed by Christian (or other faith based) values.

Yet often there is much that is shared. The value of human life; the need for respect towards and generous acceptance of those with whom we disagree; the right not to be discriminated against – to name but a few issues that we can readily agree on.

Neither ‘side’ of the faith/atheist debate can knock out the other – nor should they try, for that simply deepens the antagonism. Nor should anyone go out of their way to be offended. It seems to me that the only way forward is for us to have a thoughtful and gracious multi sided conversation with the aim of building a society where all voices are properly heard and properly respected.

I suggest that it will be to the detriment of us all if any world view is gradually marginalised and pushed to the outskirts.