You are at:Home»News & Current Affairs»Opinion»Is The Truth Out There?
Social share: 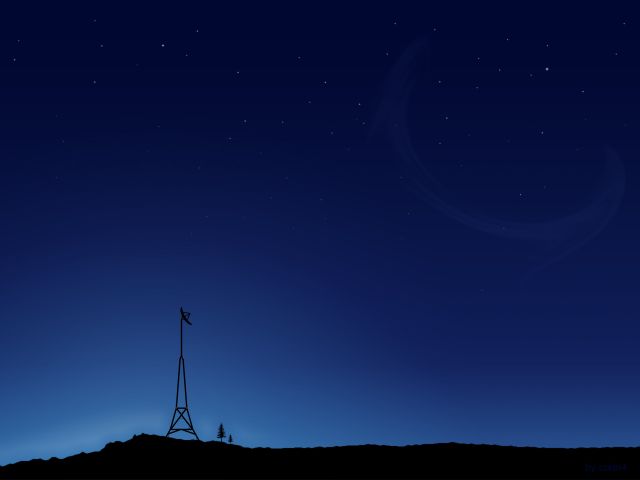 SPEAKING in June 2011, after the news that former Provisionals had given testimony to the Smithwick Tribunal, Gerry Adams said: “We facilitated this process because of our commitment to assisting bereaved families if and when we can. This may not be possible in all cases but we believe there needs to be an effective process for dealing with all legacy issues.”

Yet what shape would that ‘effective process’ take? It’s quite clear that inquiry after inquiry will get nowhere in real terms, because both sides will still cling to their own version of history and dismiss anything that runs contrary to it. Many unionists, for example, believe that David Cameron should not have issued an apology after the completion of the Bloody Sunday Inquiry – some because they reject the idea of an apology in isolation and others because they think the inquiry was flawed and glossed over the involvement of the IRA. Similarly, many republicans were very sceptical of the report into the death of Rosemary Nelson and refuse to accept the conclusion that there was no collusion between security forces and loyalist paramilitaries.

In other words, we believe what we want to believe. Both sides will sift through mountains of paperwork to find a few paragraphs to suit their own purposes: and then, after a few more weeks of point-scoring and name-calling we are still left with the ongoing reality that there are slim prospects for truth and almost none for reconciliation.

Some commentators have pointed towards South Africa’s Truth and Reconciliation Commission (TRC) as a possible role model for Northern Ireland. They would be well advised to heed the words of John Kane-Berman, chief executive of the South African Institute of Race Relations.

He said: “The TRC failed properly to check the allegations on which it relied. It based key findings on untested and (effectively) uncorroborated statements that were sometimes mainly hearsay. It failed to comply with basic principles of fairness.”

“It acknowledged that it was supposed to apply ‘established legal principles’ but in practice it exempted itself from them. It often relied on secret testimony and the self-serving allegations of criminals seeking to escape imprisonment. The quality and veracity of much of its ‘evidence’ was dubious.”

“The commission also said that there could be no healing without truth, that half- truths and denial were no basis for building the new South Africa, that reconciliation based on falsehood would not last, and that selective recollection of past violence would easily provide the mobilisation for further conflict in the future. If these are its criteria for the role of truth in promoting reconciliation, it has failed to meet them.”

Personally, I’m not convinced that ‘truth’ is possible when it comes to the IRA. They begin from the premise that they were waging a just war in the name of freedom: and even though they may be willing to acknowledge mistakes and errors along the way, they will always do so within what they refer to as the ‘context of the conflict.’

Unionists, on the other hand, regard the IRA as a terrorist, criminal organisation which never had any justification for its campaign. They would be concerned, therefore, that some sort of truth and reconciliation process would simply be hijacked by the IRA into a propaganda vehicle to provide ‘justification’ for their terror.

Such a process would also raise questions about the attitude of unionist and nationalist voters towards terror. Unionists, generally speaking, do not vote for political parties linked to terrorist groups. Yet increasing numbers of nationalists (from all socio/economic backgrounds), who would once have voted for the SDLP, are now voting for the political and electoral face of the IRA. In so doing they appear to be giving the stamp of approval to the terror campaign. Given this sort of background I suspect that ‘truth’ would be the first casualty of the process!

Nor am I sure if genuine reconciliation is possible here in the foreseeable future. Joseph Montville, an expert in this particular area, says that reconciliation comes in three stages:

Acknowledgment: When oppressors publicly acknowledge what they have done, knowledge becomes, in a sense, truth, and victims are (to some extent) assured that the past will not repeat itself. This in itself contributes to victims’ healing and, thereby, facilitates dialogue. But the act of acknowledgment to be effective must be complete and detailed. The victim cannot accept the omission of any painful episode of loss by the acknowledging side; otherwise the good faith of the acknowledgment will be suspect.

Contrition: The next step is to take responsibility for past actions, to express regret, and to directly request forgiveness. Again, sincerity, as judged by the victims, is the key to the success of this step.

Forgiveness: The first two steps by the oppressor/aggressor prepare the ground for the final psychological step, which is the victim’s voluntary forgiveness of past injuries. It may take time for victims to express their forgiveness, but true acknowledgment and contrition by the other side will in themselves have a positive effect on relations between the parties.

I can conceive of no circumstances in which the IRA would ever define themselves as oppressors and failure to do so would prevent them from moving to a position of contrition. Similarly, I would never support a move by the British government, security forces or intelligence services to go down the road of accepting that they bore ‘equal guilt’ for what happened here. And while I would never claim to speak for them, I suspect a very considerable number of people from a unionist background would take a view broadly similar to mine.

So, we remain a very long way from a situation in which the ‘legacy issue’ can be addressed, let alone resolved. It’s not just that memories are long and that too many of us carry personal scars, it’s more to do with the brutal fact that most of us start from the position that the ‘other side’ is wrong!

Maybe stalemate is the best we can hope for at this stage. The failure to make much progress with a shared future strategy suggests that we aren’t yet ready to share: and we probably won’t be ready to share until we have come to grips with ‘truth’ and ‘reconciliation.’ It’s probably a generational thing, but while I have accepted some unpleasant political realities in terms of having Sinn Fein in government, I’m nowhere close to forgiving and forgetting what the IRA did. At this point, no truth and reconciliation process would work for me.

Peace and a shared future cannot be built on stalemate and mutual veto. Nor can they be built on secrets. Both sides have a right—perhaps even a duty—to understand what happened between 1968 and 1998 and why it happened. Future generations need an accurate, honest analysis of what happened, too.

What we need from the various combatants is the reasoning behind their activities. Why, for example, did the IRA continue with a terror campaign when they knew that Sinn Fein was working towards an internal political settlement? Did loyalist paramilitaries really believe that targeting Roman Catholics had an effect on the IRA? How deeply were they all involved in racketeering, drug-smuggling, money-laundering and other criminality?

They say that history is written by the winners. But aren’t we all supposed to be winners here? Yet I’m very concerned that there remains a great reluctance to tell the truth in Northern Ireland; and that’s maybe because both sides don’t really believe that they won. So, in exactly the same way that Sinn Fein and the DUP have competing and contradictory interpretations of the purpose and direction of the Good Friday Agreement they also have different views of their political score sheets. For Sinn Fein it’s still game-on for a united Ireland: and for the DUP it’s about keeping a brake on the Sinn Fein agenda.

Now, for so long as they remain shackled to those fixed-in-stone interpretations and views then for so long does truth remain the primary casualty. It’s not just enough to let relatives know who was responsible for the death of their loved ones—vitally important though that is: Northern Ireland also needs a broader truth about what happened here and why it happened.

We still have a scratch-the-surface society, living apart and socialising apart. We play our own sports, read our own papers and prefer our own pubs, lawyers, doctors, chemists and undertakers. Northern Ireland remains a polarised, us-and-them society and our political institutions reflect that polarisation.

Northern Ireland is a very long way away from being a place at peace with itself. There are carousels of baggage still whizzing around waiting for people to acknowledge it as their own and collect at some point. How can you talk about moving on into a new era for Northern Ireland if secrets are still being kept?

Nothing will change—nothing can change—until we agree a collective approach to truth. One thing is certain, though, no progress will be possible if we try and hide our truth in Boston archives, State papers and the disingenuousness platitude of Shared Future strategies. Truth can often be unpleasant to hear: but in the absence of that truth there can never be trust, let alone genuine reconciliation.