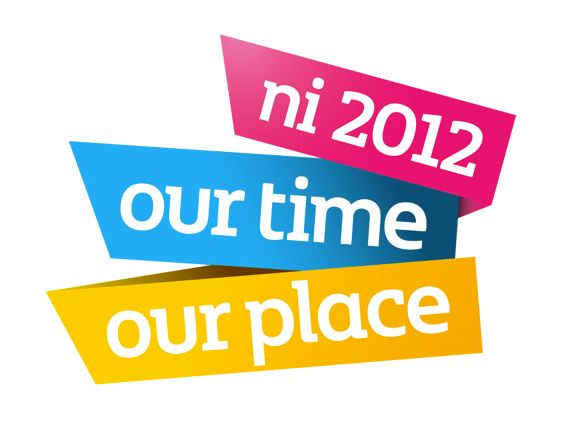 The new Discover Northern Ireland advert has almost 21,000 views on Youtube. Around 10,000 of those are probably mine. Fast-paced and dynamic, it races through footage of people I know, places I recognise and things I feel a part of. Darren Clarke, Belfast Giants, Belfast Fashion Week and Snow Patrol in one minute thirty seconds to the sound of a compelling up-tempo song that matches the energy.

The song is Can’t Keep Up by Silhouette who recently supported Snow Patrol in Belfast. 21-year-old Zarah Fleming plays cello for the local band and says: “The advert shows more of the exciting things that have been happening here recently and it’s so great that they’re showcasing some of Northern Ireland’s musical talent too.”

The new campaign represents a departure from previous adverts which depicted the country as an ideal tourist destination for couples’ breaks and long drives around the coast. The scenes were idyllic and actors were smiling but this place didn’t look like my home or even somewhere I’d like to go.

There was something dishonest about that portrayal which used clichés to plaster over the inadequacies of Northern Ireland that we were embarrassed about: it sculpted something nice and peaceful, but not interesting.

While the radiant aesthetic of our landscape is maintained, the newest advert lets us look towards a future that no longer needs to be defined by the Giant’s Causeway or Dunluce Castle. With the slogan ‘NI 2012, our time, our place’ it puts a spotlight on youth culture to stir innovation.

Our film industry is growing, our musicians are gaining recognition on the mainland and Belfast Fashion Week enters its thirteenth season. The ad doesn’t cover up the conflict which shaped the province; it just doesn’t mention something which is irrelevant to our progression and potential to thrive.

Globally, it paints a picture of a more confident Northern Ireland, celebrating the achievements of last year and igniting passion for 2012. Maybe it was the MTV awards, maybe it was Rory McIlroy winning the U.S. Open, but something shifted in the last 12 months to instil pride in our young people. If this is our time and our place, for the first time in 21 years, I feel patriotic.

Social share:
Previous ArticleRugby Tackled (Episode 1)
Next Article Is The Truth Out There?