You are at:Home»News & Current Affairs»Opinion»Have Dawkins and his atheist friends blown it?
Social share: 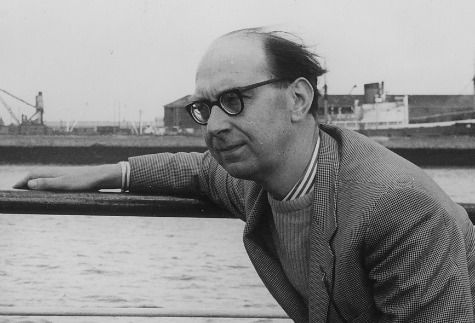 Anyone looked at me, forty years back,

And thought, That’ll be the life;

No God any more, or sweating in the dark

About hell and that, or having to hide

What you think of the priest.”

“This is the way the world ends

This is the way the world ends

This is the way the world ends

Not with a bang but a whimper.”

Almost forty years have passed since Larkin wrote High Windows. The poem is not, primarily, about religion, yet Larkin was making an implicit prediction based upon the prevailing circumstances of his time: religion was dying. It had waned in his own lifetime, and it would wane further still.

How had this been achieved? No Jacobins ransacked any church, this was a gradual revolution. The social and cultural mores of the Sixtie’s New Left had made religion redundant; free love reigned and deference to society’s appointed moral guardians dissolved. “Bonds and gestures pushed to one side Like an outdated combine harvester”, was how Larkin put it.

In ’79 Thatcher came along to restore the capitalist orthodoxy, but nobody tried to reignite the moral force of Christianity. As the West became rich once again religion continued to slide down our table of priorities. In the 90s the most contact we had with the holy was through our TVs; how we chortled at the benign antics of the well-intentioned and thoughtful, but ultimately bored protagonists of The Vicar of Dibley and Father Ted.

In 2003 Alastair Campbell stopped Tony Blair from answering a question about his faith in an interview with Vanity Fair magazine. ‘We don’t do God,’ he said. Nobody did. Those were some of the headiest days of New Labour’s Cool Britannia project, and the more we gazed uncomprehendingly at Islamic fanatics in the Middle East, the more righteous our own secular society appeared.

To most people, it seemed religion had been side-stepped by a cultural paradigm shift. Nobody had actually confronted Christianity head-on, with the result that it was allowed naturally to slip into irrelevance. Que T.S. Eliot quote.

It was Richard Dawkins who snatched defeat from the jaws of victory. He just couldn’t hold it in. Like in the horror movies, Dawkins sneezed just as the serial killer was about to leave the room. The God Delusion of 2006 launched a full ideological onslaught against religion, and in particular Christianity.

Perhaps the rise of militant atheism was based on a false reading of history: after all, scientific breakthroughs meant that the ‘rationalist’ armoury had never seemed so well-stocked, and so many people paid scant attention to religion that it would have been easy for Dawkins to think he could count them on his team. Yet Dawkins’ attack put Christianity back on more comfortable ground: an ideological battle that people would listen to. It wasn’t the ideal road to recovery, but religion had become relevant again.

In this battle, two things have emerged in favour of Christianity of which few people previously took account. Firstly, there have been well reported instances of double standards in the treatment of Christianity as opposed to other religions; consider the casual way in which visitors to the Gallery of Modern Art in Glasgow, 2009, were invited to deface the Bible, compared with the howls of indignation when an unknown and crackpot Pastor in Florida threatened to burn the Koran a year later.

Such incidents, alongside the prosecution of Christian Bed & Breakfast owners who refuse to rent out double rooms to same-sex couples, add to the perception that Christianity is a persecuted faith.

The second factor is that many atheists have turned out to be very annoying people; half class know-it-all, half crazy evangelical. An atheist’s arguments are generally laced with an undeserved sense of victimhood and as much fanaticism as any Christian.

These factors may not suddenly convert people to Christianity, but they will very probably make them hostile to the atheist lobby. A discourse which ten years ago was barely existent and hazy has suddenly become polarised and invigorated. Young converts to Christianity defend their faith with increasing intelligence and foresight; I noticed this during my university years when I was introduced through a good friend to many recent Catholic converts – indeed Roman Catholics have become some of the most articulate defenders of conservative values in the UK.

This is the situation in 2012. Christians feel persecuted, in Britain their enemies are more powerful and determined than they have ever been. Yet persecution can be an ally, and is certainly preferable to neglect. So let the ideological battle continue: at least they’ll go out with a bang.

Social share:
Previous Article‘I am going to lose a button’
Next Article Are we really that ugly Vivienne?