You are at:Home»Fashion and Style»Fashion speaks louder than words
Social share: 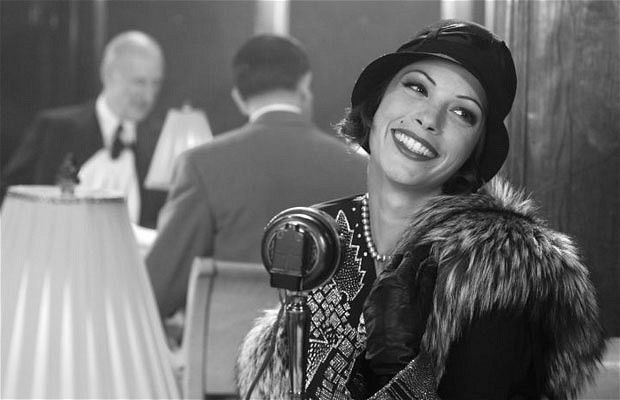 What’s black, white and silent throughout? The Artist – ironically the year’s most talked about film. Through its sharp aesthetic, The Artist determines that a narrative can be understood and enjoyed without dialogue. But this requires effortless and faithful styling, and if that is achieved, the film is no longer just enjoyable: it can be utterly enveloping.

Period pieces often encounter difficulty in recreating an era with authenticity; usually resulting in novelty costume. And at the moment, we’re more perceptive to the obvious and dominating fashions of the roaring 1920s, as there has been renewed interest on the Gucci catwalk and in Hollywood with The Great Gatsby remake. Arguably this ought to make us less willing to lose ourselves in the drama but The Artist found a way to embrace the era subtly and conceivably.

French actress Bérénice Bejo stars as Peppy Miller, an aspiring starlet tap-dancing her way into the limelight at the birth of the talkies. Inspired by Joan Crawford, Peppy is an ethereal 1920’s goddess with a glossy finger waved bob and long fluttering eyelashes.

Her wardrobe evolves considerably as the story unfolds. Peppy enters the film wearing chic silk blouses and knee length pleated skirts that billow with each kick of the leg. Every garment required energy for visual effect, but as Peppy Miller ascends into stardom her look becomes more emphasized.

Generally, among an extensive cast and crew, the role of costume designer/stylist does not seem a pivotal one. Nevertheless, it should not be underestimated, especially in recreating eras and establishing characters. Who is Carrie Bradshaw without her pink tutu, Dorothy without her ruby slippers, Jack Sparrow without his captain’s hat?

The overall image of The Artist is brash, camp and overstated but justifiably so; only bold styling could satisfy a lack of dialogue. Yet still, the film is more manageable than most, as you are forced to move into the 1920s and find your imagination in there somewhere. But silent film or talkie, when it’s done right, fashion speaks louder than words.