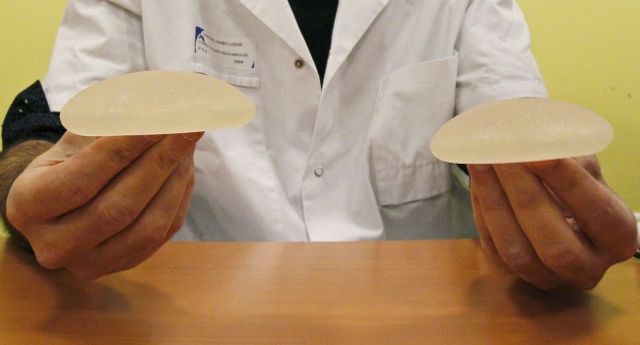 He is urging women who had breast implants, carried out by what he refers to as “commercial high street firms” or “national firms with offices in Belfast” to return to these clinics to seek clarification about the type of implant used.

Dr Sinclair alleges some plastic surgeons carrying out breast implants in what he labels commercial high street firms, “aren’t always as highly qualified as a consultant plastic surgeon on the NHS.”

He suggests that usage of minimum standard implants is governed by cost.

In his exposition Mr Sinclair, a breast implant surgeon based at the Fitzwilliam Clinic on Belfast’s Lisburn Road, advises women who had work carried out in these “commercial high street firms” to seek immediate advice and clarification on their treatment.

He further states that the implants “never had such a high degree of testing behind them.”

He fears that patients attending these clinics were not “fully advised as to the range of implants that are out there on the market.”

“On our investigations to date, we understand that no woman who has had surgery in Northern Ireland in either the health service or in private practice has received PIP implants.”

I put the following to Dr Sinclair:

‘Can you categorically assure people here in Northern Ireland who have had, or availed of breast implants that this particular manufacture or make which is causing the controversy, anchored originally in France – can you assure people that that particular brand is not being used here and therefore no female is in danger here arising from the usage of such?’

This was his response:

“No I can’t. These implants were taken off the market in 2010 and were used principally by what I would group together as the more commercial high street firms. These are firms that advertise heavily and cost I think, has been a big issue in their choice of product. So there are women who have been to these, I suppose national firms, who have offices in Belfast, who have had breast augmentations over the past ten/twelve years who do need to clarify what type of implant has been used. And I would recommend anyone who has had cosmetic surgery through these types of firms to contact them and to clarify what type of implants they have had inserted.”

Included below are further direct quotes from the above interview (conducted on 12 January, 2012) with Mr Sinclair:

“I am an independent practitioner – I choose the best implants for my patients…I can stand by the research behind them…The PIP implants – I have heard, they did get a CE mark, which is a minimum standard of safety if you like…I do not think women who had these implants inserted were necessarily fully advised as to the range of implants that are out there on the market.”

“Surgeons who worked with the various high street chains would have been only able to use a a certain type of implant and for a period of time that would have been the PIP implants.”

“With the PIP implants there was no, very little research behind it, and therefore you are going into the dark in my mind when you used an implant such as this.”

“Surgeons who work in the high street firms aren’t always as highly qualified as a consultant plastic surgeon on the NHS. They haven’t gone through the same training or have had to pass the same exams, and if they worked in such a national firm, were obliged to use a certain type of implant and they didn’t have the freedom to choose, to my knowledge, the implants with more the research and the high safety details behind them…I can only assume that it was a cost issue for those particular institutions.”

“More stringent regulation is something we have been pushing for many years, and one of the good thing that may come out of this is that the government is now looking very seriously into tighter regulation of cosmetic surgery.”